Why do we carve pumpkins on Halloween, anyway? 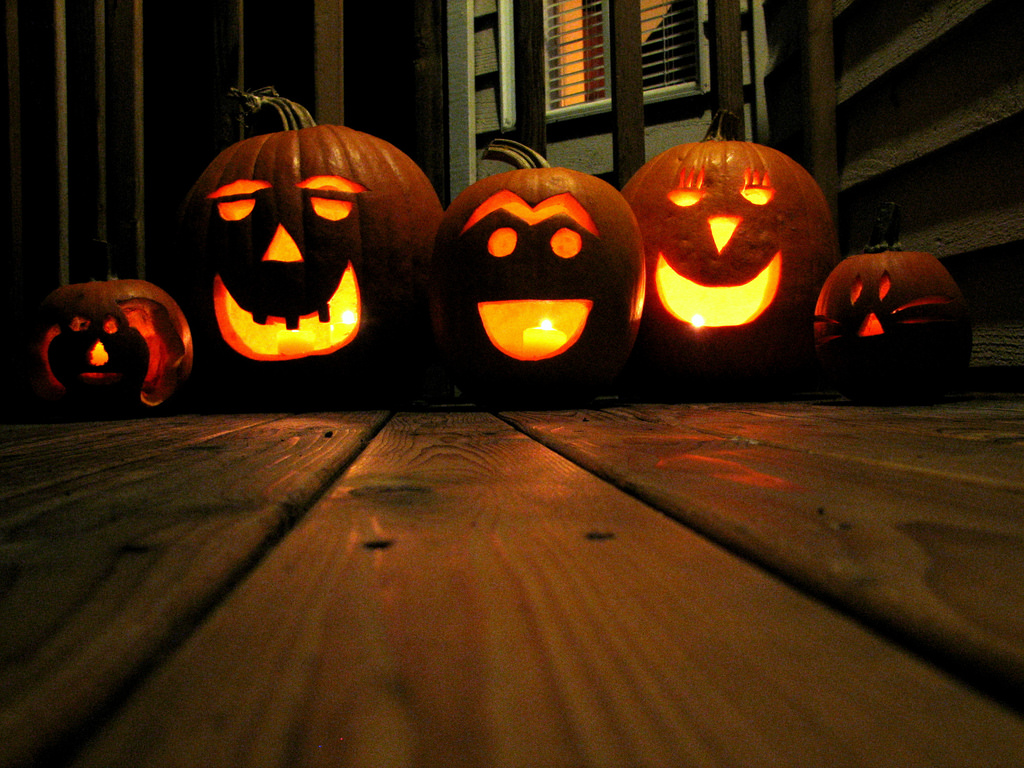 Why do we carve pumpkins on Halloween?

Traditions are odd aren’t they? Every year on the 31st of October we all dress up like idiots, drink a little too much and buy over 5 million pumpkins just to carve a face in them but do you know why? I did a bit of research to figure out why we decide to slice, dice and scoop poor pumpkins in the name of Halloween every year.

Unsurprisingly the story of ‘Jack-o-Lanterns’ is surrounded in folklore and rumour but what we do know is that the name Jack-o-Lantern comes from 17th century Britain where it meant man with a lantern or night-watchman as we would say today. However over in Ireland Jack-o-Lantern had a different story. Irish parents would tell their children the story of how a drunk farmer named jack managed to wind up the devil so much that when he eventually died neither the gates of heaven nor hell would accept his soul so he was sent back to purgatory with only a piece of burning coal set inside a carved a turnip to guide him.

By the late 1800’s people were using the name to describe turnip lanterns. described by Thomas Darlington in his 1887 volume ‘The Folk-Speech of South Cheshire’ as “a lantern made by scooping out the inside of a turnip, carving the shell into a rude representation of the human face, and placing a lighted candle inside it.” And on Hallowmas, now known as ‘All-Saints day’, Catholic children would take their turnip lanterns door to door to commemorate saints and the dead still in purgatory. At the time the lanterns were used to represent the supernatural beings that could keep harmful spirits out, especially Jack the farmer.

So where do all pumpkins come from I hear you ask. Well by the 19th century the story of Jack-o-Lantern had followed the Irish across the channel to America. They found turnips hard to come by but they did find an abundance of pumpkins.  50 years later American parents began telling their children the story of a headless horseman with a Jack-o-Lantern in place of his severed head.

So next time you carve out a pumpkin make sure to remember our old friend Jack, who’s probably still roaming around purgatory with his pumpkin.