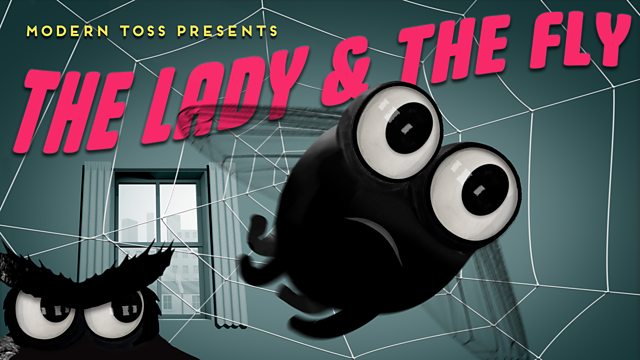 In the run up to Valentine’s Day this year, the BBC have aired some short, online exclusive clips called Funny Valentines. They give us some insight into what various comedians, such as Sara Pascoe and Bill Bailey, think of this iconic day of love.

Out of the eight short episodes that BBC Iplayer aired, the three that I would recommend are as follows:  episode four by Modern Toss called Lady and the Fly. If you are a fan of animation this will be a favourite of yours too. The story is one of unrequited love, where a fly is in love with a woman who does not return his affections. The second, Elephant by Nick Helm, explores two best friends who are secretly in love with one another but too afraid to say anything. I also believe that there is an underlying message that Valentine’s Day is not the only day to say “I love you,” and that the day will go by and you will still be in love with someone on the 15th. Finally the third is Wild Love, by Matt Berry. This one is a documentary about reproduction in the animal kingdom, with the message that animals do not need a special day to show one another their feelings. It mocks the human tradition in a David Attenborough type feature but with some very colourful language.  All of the episodes are very funny but those three, I personally think held more “laugh out loud” moments.

The clips vary in terms of comedic offerings, but each one brings something different to the table in terms of storyline and plot. Funny Valentines is a fun, quirky little series which I would plead with you to go and watch for yourself; you will not be sorry. In all honesty, I would be lying if I said that I didn’t have a rather pessimistic view on Valentine’s Day, and thus I was able to appreciate the satirical messages that the short episodes conveyed.