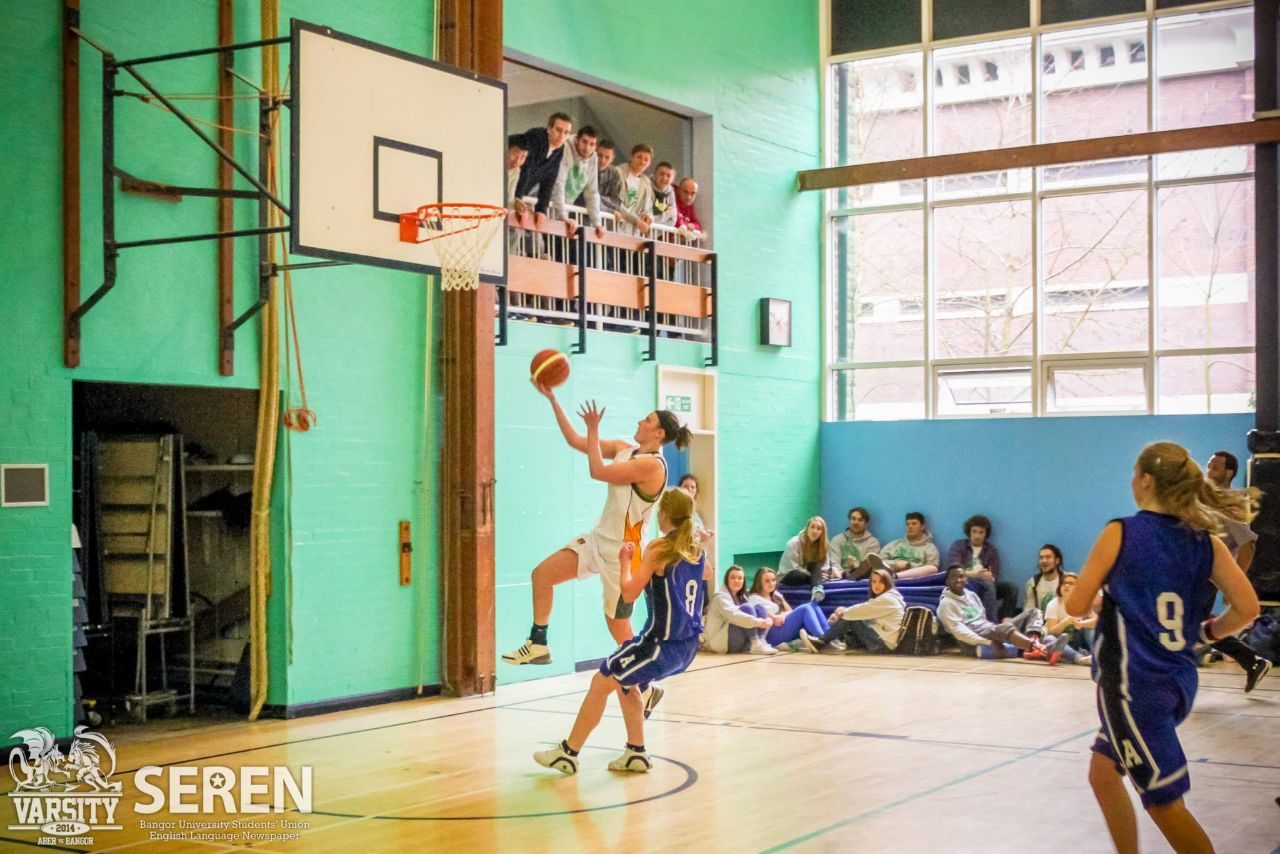 Bangor earned a point lead very early on in the game, which they maintained throughout.

The team attributes their success to teamwork and solid play from each of their players. Star player Bryanna (#44, pictured) said that whenever she went for a goal her team was always there to back her up. Another player, Jenny (#14) said that even the team’s weaker players played very well.

It was Jenny’s last game after six years with the team, and she said she was glad to end on a win.

Bangor capitalized well on Aber’s mistakes—a fumble of the ball or a missed penalty shot often led to an immediate turnaround goal by Bangor.

The Bangor cheerleading team was there informally to cheer on the basketball team, and partly thanks to that the cheers and applause for Bangor was much louder than that for Aberystwyth. The players said they appreciated the encouragement and that it’s always nice to not get booed, but they were too focused on the game to let it affect them.