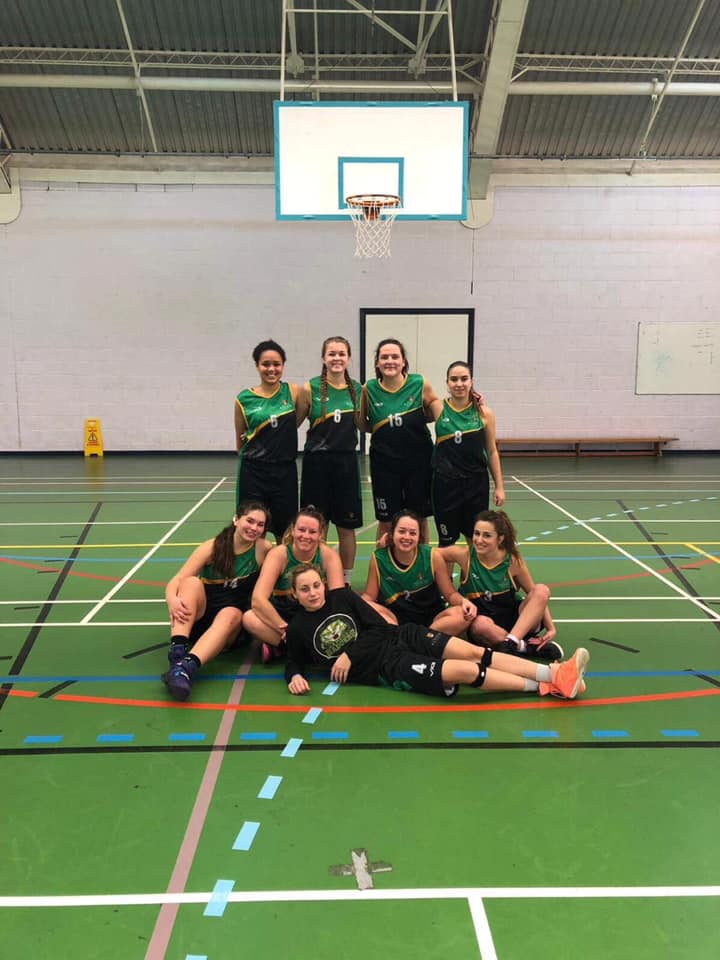 Bangor University Women’s Basketball team ended their BUCS season with a historic victory. Their win over the University of Central Lancashire concluded an undefeated season, a feat never before achieved by the club. Women’s Basketball have completely dominated the BUCS Northern 2A league with wins against teams such as Liverpool, Lancaster and Liverpool John Moores, earning a well-deserved promotion to league 1A next season.

The season kicked-off with a dramatic start against long-term rivals Liverpool, with Bangor clinching their first win by only one-point (46-47) in a nail-biting match. The team shook off their first game nerves and dominated Liverpool John Moores (60-34) in their first home game of the season, followed with an equally impressive victory over Lancaster (38-66). The girls produced another three further wins before Christmas, which meant Women’s Basketball took their undefeated streak to 6-0 at the end of semester one, earning themselves a place in the Northern Cup Quarter finals.

After a long Christmas break and exam season, the girls worked hard to get back to their winning ways, with a third win against JMU (27-40), and an incredibly tense home victory against Lancaster (43-39). These wins not only secured the teams place at the top spot of Division Two, but also a ranking of  5th in the North, the highest position the team has ever recorded in their history. The incredible success of the Women’s Basketball team can be attributed to the concrete chemistry the girls share both on and off court. Each and every player has put their heart and soul into this team, and their outstanding commitment and dedication has paid off. Following their undefeated season, the team has been offered a place in the Euro Championships taking place in Milan, Italy. This is an incredible opportunity for Bangor Women’s Basketball to put themselves on the map and compete with teams from all over the world in a three-day tournament.

Despite the end of BUCS, the team is still competing within the Northern Conference Cup, hoping to make another historic accomplishment by reaching the final! Bangor also look forward to taking on Aberystwyth at Varsity 2019, looking for their fifth consecutive win over their Welsh rivals!

Lastly, the players would like to give a massive thanks to an integral part of the team, coach Vicky Gottwald. Vicky is a huge part of the team’s success, she dedicates so much of her time towards training and coaching and we hope that we have done her proud this season! Thank you to everyone who has supported us this year, we greatly appreciate it!