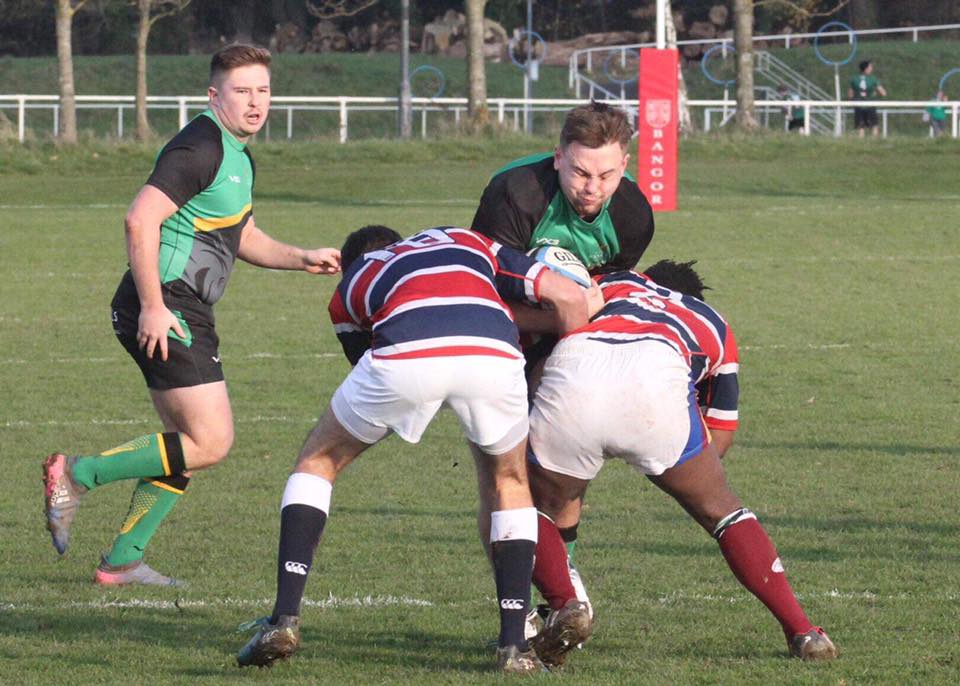 The game kicked off with an instant big hit from kick off for Bangor, leading to a knock on, and the start of a long period of early dominance for the home side. This was rewarded 5 minutes in with a great series of forward phases, tying in the opposition allowing Nick Dundee to shift a bullet to Sam Rogers, who ran through untouched to give Bangor an early 7-0 lead. Newcastle responded shortly after with a length of the field break against the run of play (7-5). Constant pressure from the Bangor attack and great counter rucking in defence, resulted in 2 penalties and a 13-5 lead at half time.

The second half kicked off in the same vein with dominance in set piece as Bangor’s scrum tore Newcastle’s to shreds most notably on a 5m attacking scrum for the away side which resulted in a Bangor penalty. The backs took full advantage of the dominance putting Brandon Collins over in the corner (18-5). Nick Dundee followed this up with 2 more penalties capping off a convincing win for the boys!

Man of the match- Cameron Railton