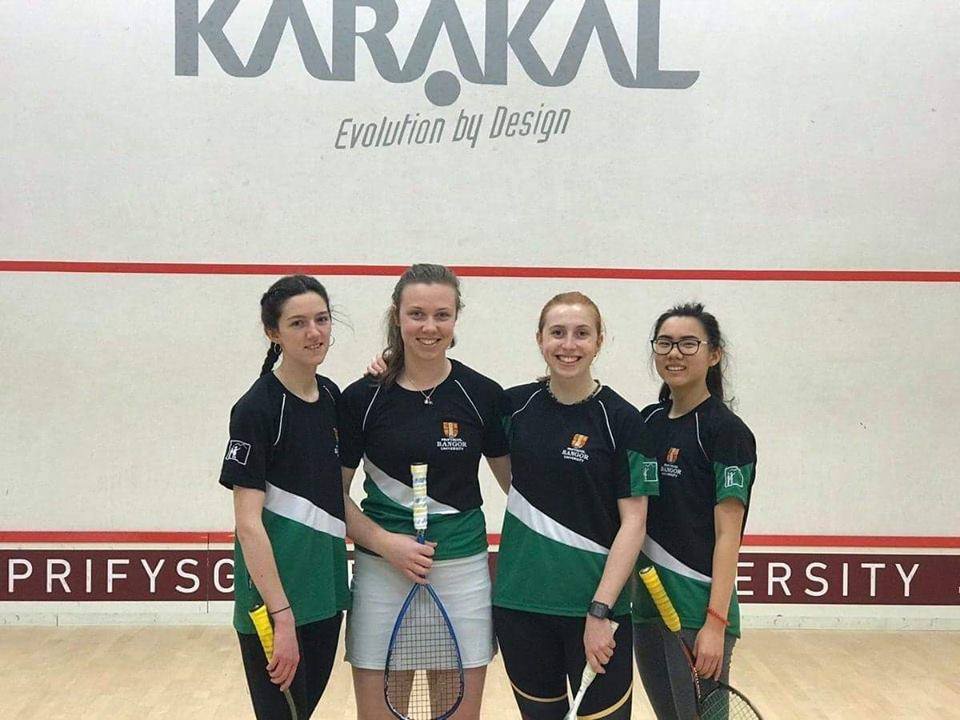 The squash ladies took on Manchester Met 1st team in the Northern Cup match, and first up was Lizzie Crooks. Coming into her match with all guns blazing, she played a brilliant set of games (the best so far)! The squash ladies where extremely proud of how she just kept going and the enthusiasm is there in spades whatever the result. In the end it was 0-3, but a total 10/10 for effort and smiles!

Second on court was Tasmin Kelly, who performed brilliantly in her games and walked all over her opponent – coming away with a 3-0 win! Her calm and collected approach gives a false sense of hope when she pulls out some cracking shots that completely takes her opponent off-guard!

Third up was Megan-Rose MacDonald who also played extremely well and owned the court throughout – the end result settling at 3-0! Despite her shoulder playing up during her games, she soldiered on and showed her opponent who was boss.

Finally it was the squash ladies captain turn to play, and despite losing 0-3, it was a good set of games! Her legs couldn’t quite keep up with the near-perfect drop shots from her opponent.

So the result ended 2 – 2 which meant the final score came down to points! Unfortunately they hadn’t quite done enough to pull back a win, losing by a mere 10 points. But hey – next time the ladies will show them what’s what!