AU Pull Together To Raise Money For Charity 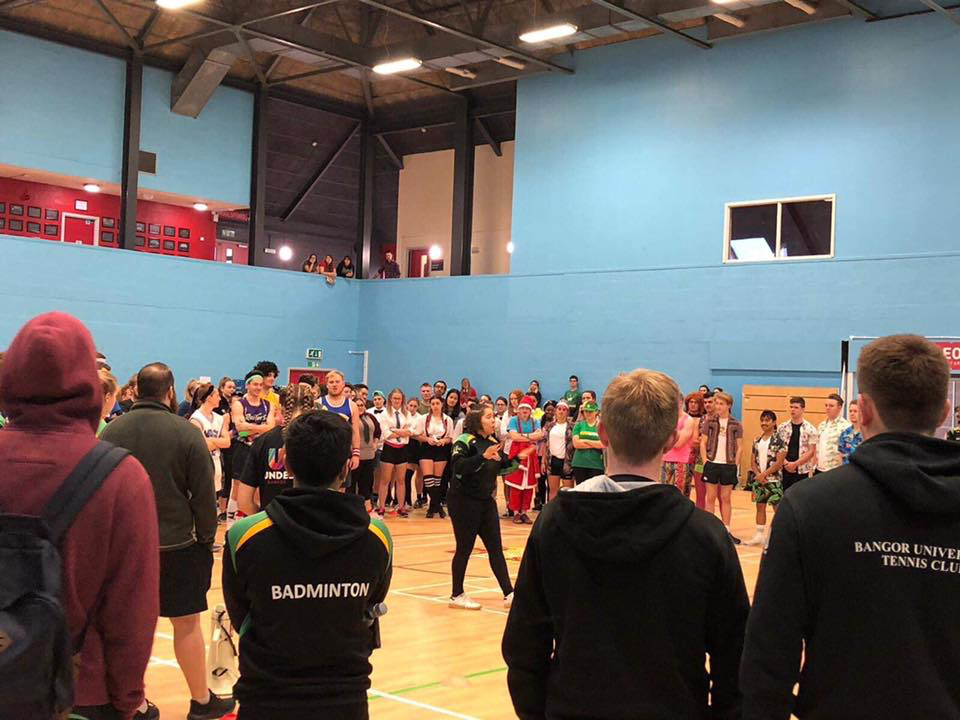 Dodge, duck, dip, dive and dodge! That’s what 48 clubs from across the Athletic Union did on Saturday 8th November- playing dodgeball in order to raise money for charity!

Over 240 students participated in the event that took place in Canolfan Brailsford throughout the afternoon. All teams played four matches during the group stages, accumulating points for winning and an extra point for eliminating the opposition. The team with the most points then proceeded to the next round, but not before some heated play-offs between the teams that were tied for points! The eliminated teams showed great support and continued to stay and rally on the remaining teams.

At 3:45 the hotly anticipated final commenced! There was a huge crowd showing support for arguably the most competitive match of the day! In the end, Rugby Union dominated the field with a ball deflection from Henry being caught by one of his fellow teammates meaning the last remaining Muddog was eliminated!

The Dodgefathers lost their 3rd place play off to the Badgers meaning the final results were:

Once the 5 D’s had finally stopped celebrating the prizes were given- 3rd and 4th place receiving a box of celebrations. A magnum of prosecco and a non-alcoholic alternative were given to the runners up, the Muddogs, and £50 was given to the Rugby Union fundraising account. A special mention for the rugby union second team who won the ‘best dressed’ award for their rendition of YMCA!

Overall, everyone had a great day and £100 was raised for the mental health charity MIND. MIND also kindly organised a cake sale throughout the event to raise even more money! MIND is a great charity that focuses on providing support for those suffering with mental health problems; an issue the AU takes very seriously and would like to continue to support.