Karate Kicking Their Way To Glory 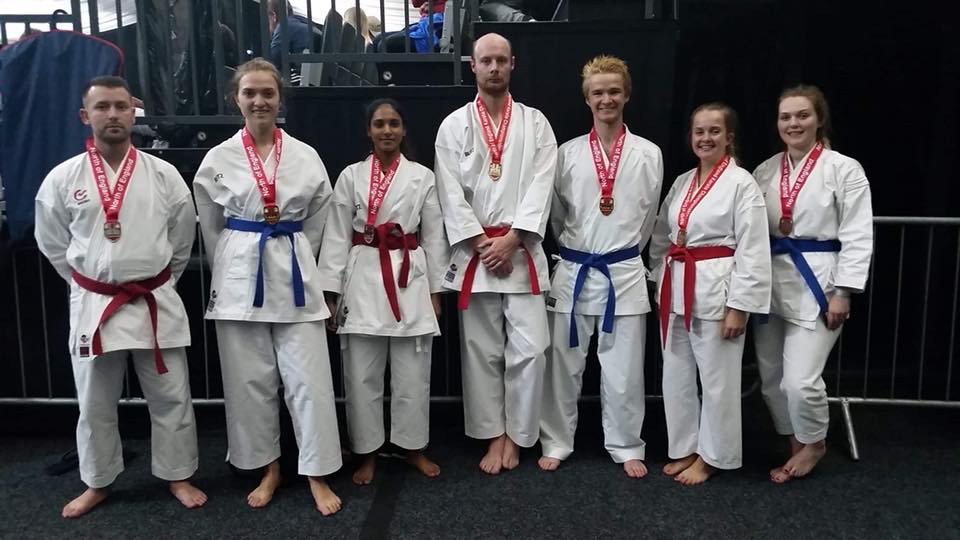 The Bangor Karate Union (BKU) squad attended the North of England Championships in Barnsley on the 30th September. They competed across all disciplines in four categories. It was the first competition for several new members of the team, all of whom had had only a week’s training after the summer break. The day started with kata. Both the male and female novice competitors dominated their categories taking 1st, 2nd and joint 3rd place, totalling an impressive seven medals for the team. Then came the turn of the fighters in Kumite. The club’s female competitors fought well in their first championship fight and ended taking both the gold and silver medal. The male novice category was the final success of the day. Whilst two competitors were knocked out in the semi-finals, resulting in two more bronze medals for the club resulting in them reaching the final and after an intense match took silver. The total medal haul for the new squad of just seven was 12 medals (3 gold, 4 silvers and 5 bronzes). The BKU congratulates all their well-deserved medallists and competitors who did themselves, the club and the university proud and look forward to competing in the Welsh Open on the 11th November.