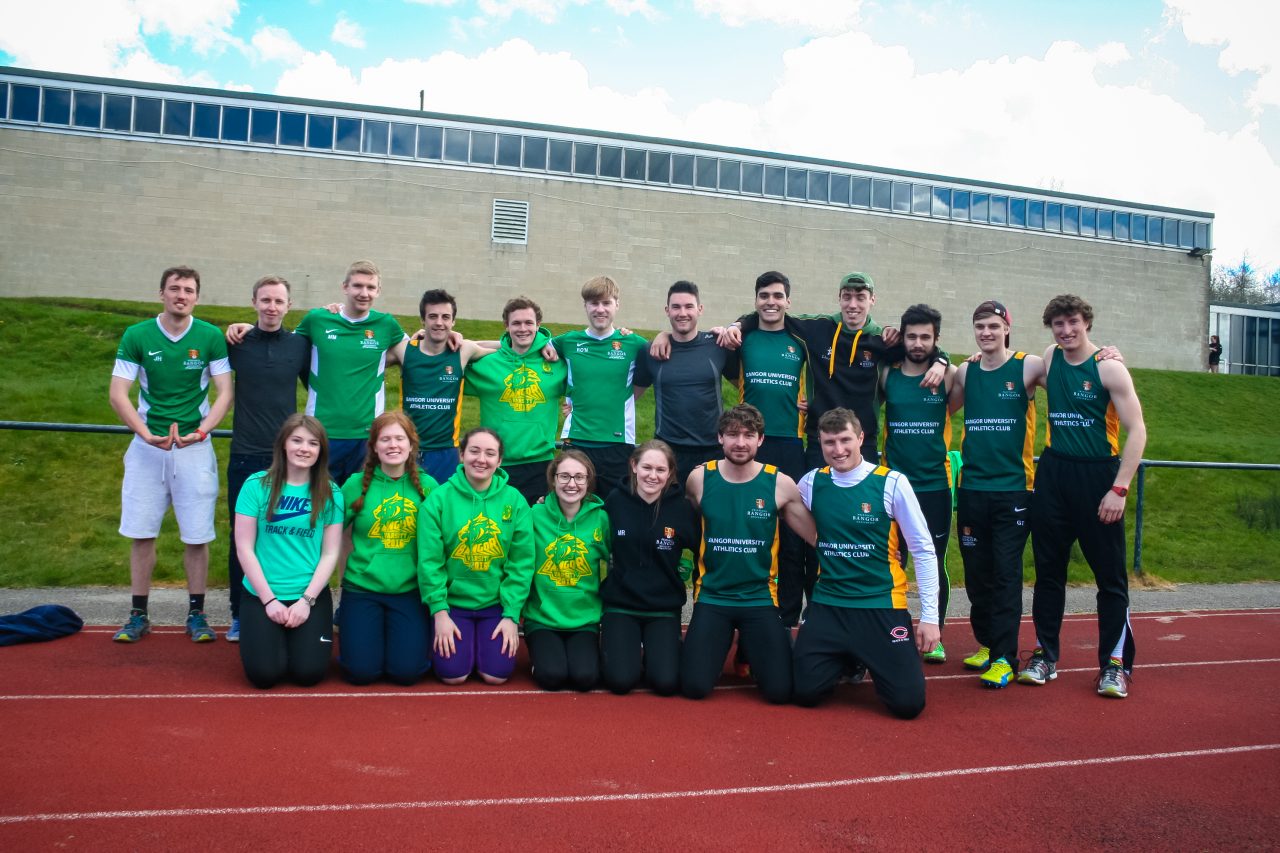 Last year saw a hard fought victory for Bangor University’s Athletic club as they managed to see off Aberystwyth with an overall score of 138-115.

Athletics was one of the first events to kick off this year, once again taking place on and around the Athletics track on Treborth, and Bangor’s athletes knew they had a hard task ahead of them to turn all of their events into that vital point on the Varsity scoreboard. Despite the long day ahead of them, spirits were high in the team as they all cheered each other on whilst simultaneously preparing for their own events.

When it came to field events, Bangor and Aber were once again quite equally matched with the homeside claiming victory in Women’s Longjump, Highjump and Women’s Discus amongst others. Aber, on the other hand, took Men’s Discus, Men’s Highjump and Men’s Javelin.

It was a long day for the team but their hard work paid off in the end as they once again defeated their rivals 142-130.