Jitsu Club in for a successful year 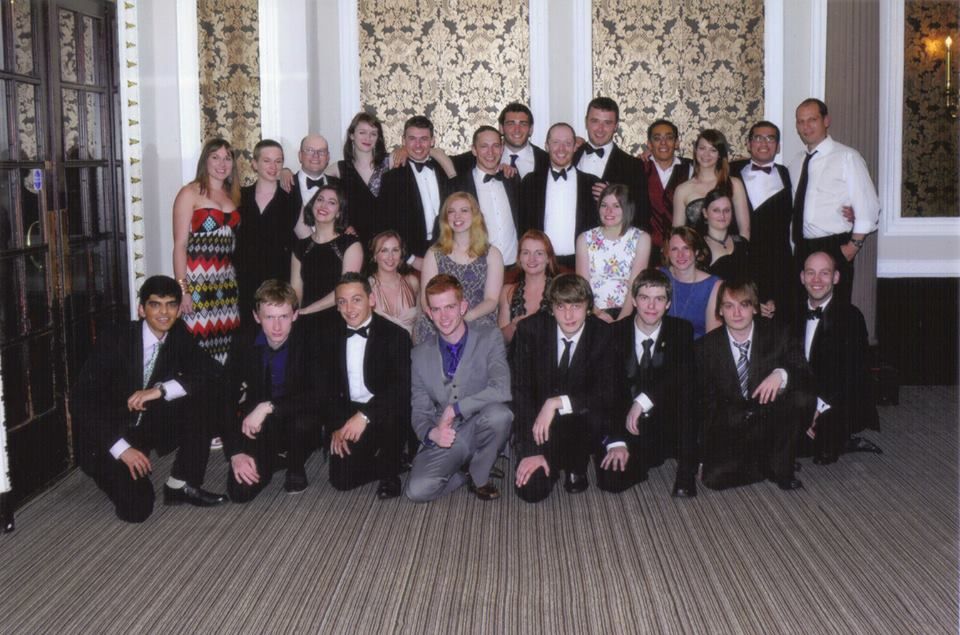 There’s no rest for the wicked, so goes the saying, but after this summer we can only assume wicked means awesome rather than bad. The wicked include Bangor Jitsu Club.

Whilst the academic year drew to a close in June, and the club as a whole went their separate ways for summer, it wasn’t long before we were reunited on the mats for some incredible training opportunities. At the end of last year, we had a special Bangor Grading. This was made possible thanks to the generosity of Sensei Colin Mortimore, who came from Bristol to grade the club, and Sensei Craig Byrne and Jamie Depport who brought some of Preston to Uke.

The club began to pack up for the year, many heading home for summer, believing we had finished on a high note. No one was expecting the news we were soon to receive, that actually we were still a way off from ending our year’s success story.

Our adventure started when we were lucky enough to be awarded money from the Students’ Union Activity Development Fund in the dying months of the last academic year. From there on out it was all systems go for the club, as it frantically went about securing places in events we had previously only dared to dream of being able to take part in.

The event has previously been held in the USA, Holland and Canada. It was an incredible opportunity, not only for us to be able to attend, but for it to be held here in the UK. This year Jitsuka from clubs in the USA, Canada, Holland, New Zealand and our newest international club in Argentina were present. Unfortunately, only five of the Bangor club members could go to the event, but the training they received, both in their small group seminars and in the whole group training, has given them plenty to bring back to the rest of the Bangor club. our governing body, The Jitsu Foundation (TJF), organised our fourth annual International, this year hosted by the Scottish clubs in Edinburgh. This event, held only once every four years, sees TJF clubs from 13 countries from across the globe come together in one place for four days to attend unique training seminars with world renowned instructors.

As well as an amazing training experience, this was a fantastic networking opportunity for the club both on a national and international level. Stronger links were built over the four days between BUJC and several of the other UK clubs, with plans currently in the pipeline for visits from some of the Scottish clubs over the new academic year. 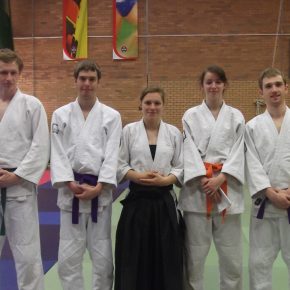 By mid July, more of the club were back training side by side at the annual Jitsu Summer ball training course and dinner. Unfortunately, the club found themselves without their own Sensei, Gabriella Rossetti, as her graduation fell on the same day. Despite it being what felt like the hottest day Sheffield had ever seen, the club members who were able to attend powered through and did the club name proud.

This year the club saw its biggest turn out yet for this event with 11 of the club travelling to the event, more than double last year’s turn out. There was plenty to celebrate this year again with many of Bangor club’s friends passing their Dan verifications. Our region in fact (the North West) had a 100% pass rate, with Sensei Jas Bhachu of Liverpool achieving his Nidan and Sensei Jamie Depport from Preston, Sensei Sean Baxendale of Manchester and Sensei Beth Jones, formerly of Preston all achieving their Shodans.

The event was tinged with a little bit of sadness however, as the club said goodbye to one of its founding members, Lewis Fisher. The summer ball was Lewis’ last event with the Bangor club, as he has now graduated and moved away. Lewis was the club’s highest grade, recently receiving his light blue belt in the club’s last grading. Despite this loss to the club, there is exciting development for it also, in the form of increased contact with the Preston Jitsuka from our region.

Through shared attendance at events over the summer and presence at gradings, our clubs have begun to build a stronger friendship and plans are in place for several visits. With the summer almost over and the new academic year on the visible horizon, the club had plenty to reflect on from the summer and even more to prepare for in the coming year.

We went on to represent our club at an international Jitsu event and a Jitsu summer ball and have had record numbers of freshers at taster sessions. Training has now begun in earnest for the year and club members, both new and old, are working hard to learn and perfect Jitsu techniques.

Plans are already underway for visits to and from other clubs and with promises of visits from other Sensei from across the UK, the year promises a host of fantastic opportunities.