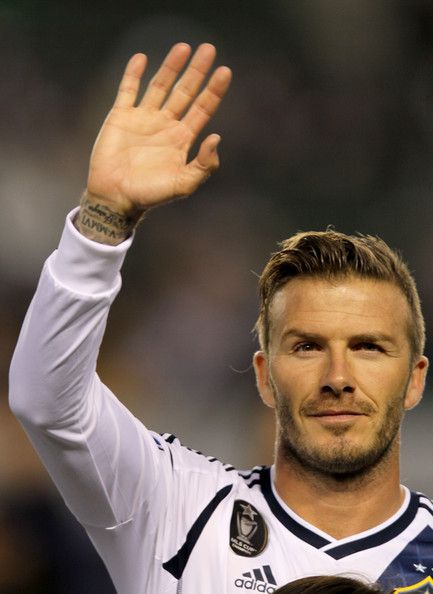 David Beckham has left LA Galaxy and will now be on the hunt for a new club. He spent 5 years at the MLS outfit and many pundits have credited his arrival in America by saying it has revamped the MLS.

Currently the MLS has superstars such as New York Red Bulls striker and Arsenal legend Thierry Henry, LA Galaxy forward and former Ireland captain Robbie Keane, and Barcelona hero Rafael Márquez, who have all ventured across the Atlantic since the arrival of Golden Balls.

Beckham has had a fairly special career in his 37 years. Part of Manchester United’s class of 92, Beckham broke into the first team with a generation of players such as Ryan Giggs, Paul Scholes, Nicky Butt and Gary Neville, who all went on to represent their countries at full international.

Beckham soon established himself as a stronghold of the United midfield, a typical right winger and a set piece specialist; he took the corner for Eric Cantona to convert in the FA Cup final netting him his first major title. The ’96 ’97 season was something else for a young Beckham who netted one of his most famous goals against Wimbledon making the midfielder a household name. The retirement of Eric Cantona at the end of the season saw him pick up the number 7.

At the same time Beckham had been starting to make an influence on the Three Lions, playing in every match in the lead up to France ’98; a tournament that would live with Beckham for a long time.

Becks was the part of Manchester United’s famous 1999 treble season, and in the year 2000 picked up the England captaincy. Something else to add to the list of reasons why he became a household name, however in 2003 relations with Sir Alex Ferguson had soured and Real Madrid had a bid of £25 million accepted. Beckham played over 300 games for Manchester United.

Again Beckham was a key member of the team but relations with the back room staff soured, the quicker and more agile José Antonio Reyes was preferred over Beckham in the 2007 season, and Beckham announced he would be heading to LA. Beckham won the LA Liga once with Madrid but was one of the key reasons behind their sudden boost of income from Merchandise sales.

The revamping of LA Galaxy was partly to do with Beckham’s arrival. The old yellow and green strip and crest were dropped for the new sleek white and blue. The man with the global brand kicked LA Galaxy into the 21st century. As the American trophies rolled in Beckham spent his time in the MLS off-season playing for AC Milan, where, in 2010 he picked up an injury forcing him to take a back-seat role in the 2010 world cup.

No doubt Beckham has, over his career become a true global sensation, his trade mark free kicks and passing capabilities made him a footballing icon, but his DB07 and DB23 branding has made him a mass marketable brand. Where he will go from here it’s not sure? The premier league could be an option but money rich PSG will surely have some reasons to lure Golden Balls.