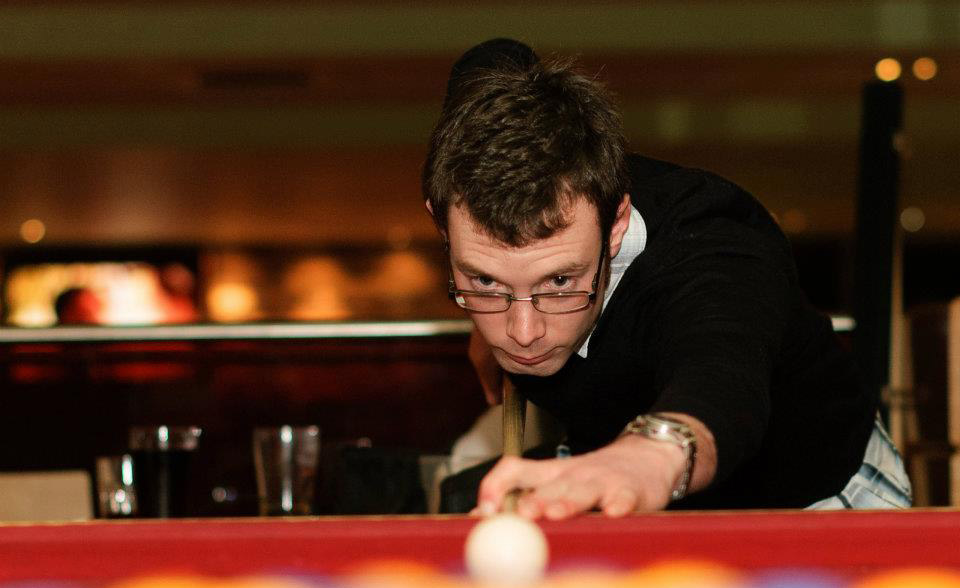 Bangor’s geographical positioning left us in the unfortunate position of starting our journey at 4am on Fri- day morning. Fortunately, our driver, James Richards, expertly navigated his way through mid-Wales’ roads and, in spite of their post-apocalyptic appear- ance, got us there incident free.

Immediately after our arrival, the singles competition started. Of our nine players’, five made it through the preliminary stage, the highlight com- ing through fellow Bangorians Chris Kershaw and James Durrant facing off, the experienced former winning 3-0.

Bangor 3rds, made up of James, Ben Titmuss and Anja Seidel, initially struggled, a combination of a sleep deprived driver and starter nerves for first-time competitors Ben and Anja resulting in defeats in their first two matches. Fortunately, our hotel was in Bridgend which, despite its renown as the Malia of South Wales, meant we all had an early night. Rested, James came out firing on day two, giant-killing members of Cardiff 1sts. Titmuss, tra- ditionally a nine-ball player, acquitted himself admirably finishing with a 6/9 win-loss ratio. So too did Anja, gaining her first competitive victory on the Fridat.

Bangor 2nds, featuring Chris and newcomers Kieran and James D., dominated their group stage, comfortably sailing through to the round robin stage.

In a cruel twist of fate, the 2nds would later face Bangor 1sts in the first match of the round robin stage. The 1sts – Joe, Adam and Mike – had performed no better than indifferently in the group stages, scrapping through with two 5-4 victories and one 5-4 loss. Tension was running high and only increased after Allen made a hor- rible error of judgement in beating his captain Joe to give the 2nds an early lead.

Allen continued his impressive form, taking out Adam and Mike, and helped the 2nds to a 5-4 victory, leaving the 1sts in the conflicted position of needing Glamorgan 2nds to beat Bangor’s 2nds to have any chance of reaching the semi-finals. Fortunately, ahem, Glamorgan did indeed win.

The 2nds had awoken a sleeping beast, the 1sts subsequently beat- ing Glamorgan 2nds 5-2 in the final round robin game, meaning the three teams – Bangor 1sts, 2nds and Glam- organ 2nds – all had to put forward one player. The first two frames would take their team through to the semi-fi- nals. In the end, Joe won both frames, leaving the 1sts with a semi-final tie against Glamorgan 1sts.

Though the 1st team fell short in the semi-final, the whole group enjoyed the experience, particularly those who had never been to a university event before.