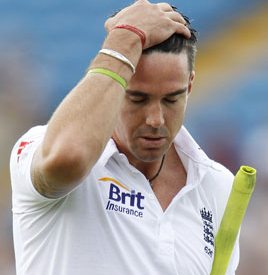 South African counterparts; although Pietersen has denied that the messages revealed tactics. Despite claiming he had apologised to former captain Andrew Strauss (who in the wake of the scandal retired from professional cricket) and current captain Alastair Cook.

Pietersen had threatened to retire from international cricket himself and had already cast doubt over his future prior to the third test against South Africa; he was instead left out of the squad for the third test in favour of Yorkshire’s Jonny Bairstow; who made a good case for himself to be included in future matches.

England’s squad for the tour of India contains a few fresh faces with uncapped batsmen Joe Root and Nick Compton in line to make debuts as well as Jonny Bairstow keeping his place in the side. It won’t exactly come as a shock that Bairstow remains as his performance in the third test showed a lot of character and determination. If they resolve their disputes Pietersen could play limited over cricket in India.