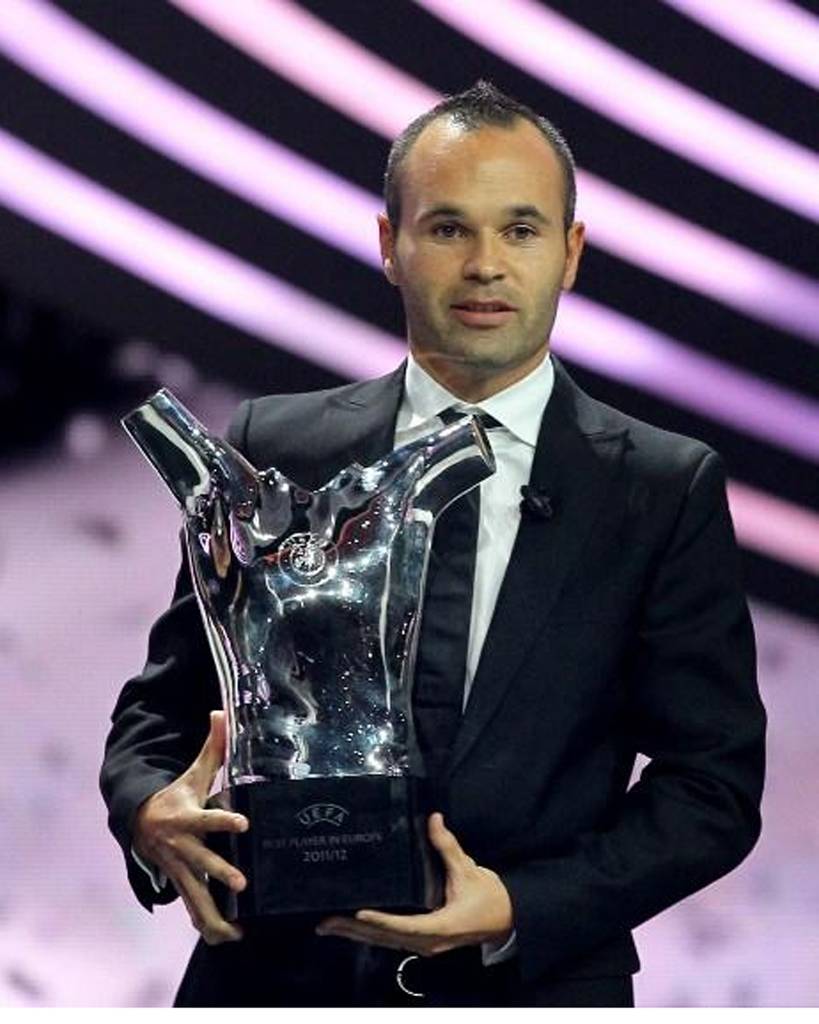 Barcelona FC players are no strangers to winning awards on not only the Global stage but on the European stage as well,Andrés Inies

ta picked up the 2012 European player award but has definitely not been the man stealing the headlines about the award.
The media focussed themselves on a semi-professional forward from Welsh Premier League club Bangor City FC. It is believed that a single nomination was enough to get crowd favourite Les Davies on the short list for Europe’s most prestigious award. Davies who has been one of Bangor’s most prolific scorers in recent seasons was a shock on the 32-man short list which had fellow superstars such as Lionel Messi, and Cristiano Ronaldo.
Not only was Davies a shock nomination but he was one of the only players to have earned his nomination whilst not playing in one of Europe’s top leagues. Fellow nominees Drogba and Raul no longer played in Europe but got their place during their times at Chelsea and Schalke respectively.
The drama of the award didn’t just stop with surprise nominations though, Real Madrid’s galatico Cristiano Ronaldo is now rumoured to be “unhappy” and the Bernabeu and the club’s lack of support for their players is rumoured to be one of the reasons behind the Portugal captain’s apparent upset. Other reports would suggest that Ronaldo is unhappy with his current bumper pay cheque and is hoping for a crafty pay rise.
Despite not winning the Portuguese diva did make the top three alongside El Classico rivals Lionel Messi and Andreas Iniesta. All three had unforgettable seasons with Cristiano Ronaldo breaking the record for being the fastest La Liga player ever to hit the 100 goal milestone by doing so in a mere 94 games. It is the second time that Ronaldo has come 3rd behind two Barca rivals after Messi won in 2011 with Xavi coming in second. Lionel Messi also broke a European record by scoring 68 goals in the season, one better than German legend Gerd Muller’s 67 in 1972/1973.