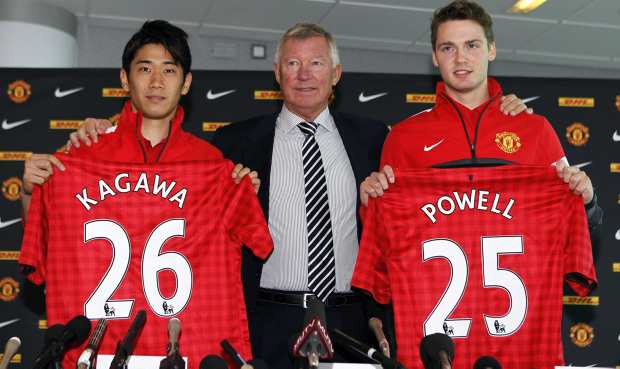 Arsenal saw some key players move in and out of the club with Alex Song leaving England for the much sunnier Spanish climate to play for Catalan giants Barcelona in a £15 million move, and the controversial £24million departure of club captain Robin Van Persie, who left for Manchester United in a bid to collect trophies paved the way for the arrivals of Santi Cazorla (£16.5m), Olivier Giroud (£13m), and Lukas Podolski (£11m). They also saw Nicklas Bendtner depart for Italian champions Juventus on the deadline day.

Chelsea and Manchester City continued their big spending traditions with the champions spending £12 million on Everton midfielder Jack Rodwell, £8 million on Swansea’s Scott Sinclair and £16 million on full back Javier Garcia. The champions did however offload players and saw 12 players exit the Etihad including Adam Johnson who moved North East to Sunderland and Nigel de Jong who departed for AC Milan.

Chelsea spent £32 million on Belgian international Eden Hazard, picking up his brother Thorgan Hazard from on a free at the same time. They further strengthened their squad with the likes of Marko Marin and Victor Moses but saw a number of players including Didier Drogba leave the club.

Welsh side Swansea saw a number of key purchases from new boss Michael Laudrup in the summer. He used his knowledge of Spain to pick up attacking Michu who fans will hope can continue his early form as well as Chico and Pablo Hernandez.

Tottenham’s Daniel Levy cemented himself in transfer history by selling Stephen Pienaar back to Everton at a £1.4 million profit as well as squeezing £33 million out of Real Madrid for attack midfielder Luca Modric. Fan favourite Rafa Van der Vaart left for Germany in a £10.2m switch but this paved the way for Mousa Dembele, Gylfi Sigurdsson, Hugo Lloris and Clint Dempsey. They also completed the permanent switch of Emanual Adebayor with Manchester City contributing to wages.

The estimated total spent by premier league clubs this summer comes to roughly £490 million, this is a slight rise from last year’s £485 million but has dropped by £10million since 2008, in which the British transfer record was repeatedly smashed.