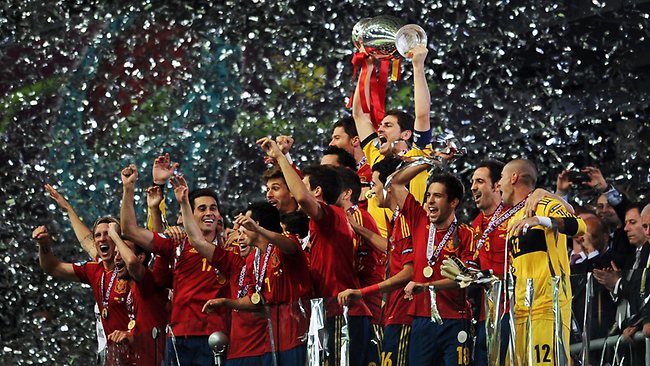 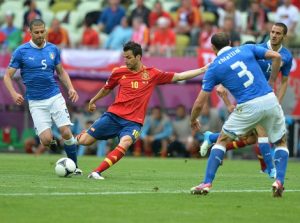 Torres, who has been heavily criticised this season not only adds a Euro winner’s medal to the FA Cup and Champions League winner’s medals but his 88th minute assist for Chelsea team mate Juan Mata saw him collect the golden boot ahead of German Mario Gomez and £80 million Portugal forward Cristiano Ronaldo.

The final itself saw World Champions Spain brush aside a strong Italian team, who during their own campaign saw outstanding displays from some unlikely sources. A brace from controversial “Super” Mario Balotelli saw the Italians beat a strong German side in the Semi-finals where Spain were taken to penalties with Portugal. The Spain vs Portugal match will no doubt be remembered for Bruno Alves penalty nightmare which first saw the defender step up to take the wrong spot kick before seeing his own rattle off of the crossbar. Antonio Cassano was another standout player who seems to have calmed down from his earlier days and put in strong performances against Spain and Germany.

Italian midfielder Andrea Pirlo was also a strong performer and was hotly tipped to win player of the tournament following some impressive displays in the middle of the park. However Spain and Barcelona’s talismanic midfield maestro Xavi picked up the award for simply out passing his opponants.

Spain ended the competition as worthy winners fielding a team from most of their players play for their domestic giants (outsiders were Manchester City’s David Silva and Liverpool’s Pepe Reina).

Record breaking Spain were not the only ones who had a fine tournament and governing body UEFA have been heavily criticised for the fines they gave out in the tournament. Dane Niklas Bendtner recieved an £80,000 fine for unauthorised sponsor where associstions were charged as little as £20,000 for racial abuse coming from the fans.

Crowd trouble became almost a norm during the tournament with many games having to be haulted due to issues with smoke bombs and flares.