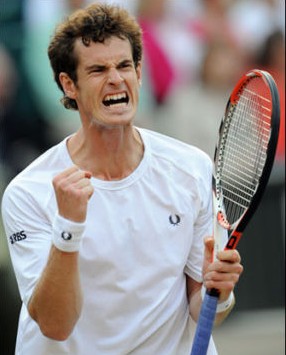 Andy Murray struggled his way into the third round of the Rome masters following a fairly one sided first set that eventually turned into a colossal struggle against David Nalbandian. In the end a lucky break in a decisive third set was what finally saw Murray through on his 25th birthday.

Murray looked stronger initially capitalizing on a series of errors from his opponent and sailed his way into a convincing 4-0 lead. Nalbandian pulled back but following a massive 15-minute game Andy Murray paved the way to seal the four game cushion.

Nalbandian however looked a lot stronger in the second set and looked as though he could easily give British favourite Murray a run for his money. The set loomed at 5-5 and Murray looked as though he could have easily been turned over by the Argentine Nalbandian however Murray eventually stormed 0-40 ahead and following a couple of close chances sent a shot just edging over the net and pushing Murray one step closer to the win.

The close of the game however was still an uphill struggle for the seemingly self destructive Murray who would have been shocked to overcome his opponent. He found himself 15-40 down as he attempted to serve for the match but came out the eventual winner as Nalbandian sent a final forehand shot hurtling into the net.