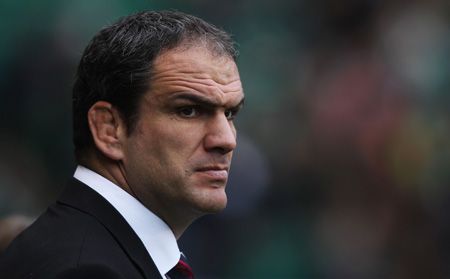 Martin Johnson has resigned as Coach of the English Rugby team after three-and-a-half years in the role.
He had no coaching experience yet Johnson was appointed team manager of the national England Rugby Union side in April 2008 which may lead to some questions of why Johnson was picked to coach when he had no experience in that field and others had.

Johnson’s decision follows a miserable World Cup which ended in quarter-final defeat by France and also featured a series of off-field controversies which marred his career and will add to the idea that there will be no Johnson legacy.

“I have a choice at the moment. If I hadn’t made that decision someone may have made it for me.”
Johnson won 84 caps for England as a player, leading the side to victory in the 2003 World Cup, but during his time as manager England won only 21 of the 38 matches played.

Johnson’s departure comes a few days after Mike Tindall, who stood in as captain at the World Cup when Lewis Moody was injured, was removed from the elite player squad and fined £25,000 after misleading the team management over a team night out in New Zealand.

The Rugby Football Union’s director of elite rugby Rob Andrew, who has overseen three England managers during his time at Twickenham, said he would not be following Johnson in leaving his job.

Here is a brief timeline to the events that lead to the resignation of Martin Johnson with the World Cup being a severe problem to Johnson with miserable matches.

10 September 2011: England had to fight to win against Argentina 13-9 in their World Cup opener, Johnson’s side having been 9-3 down with 13 minutes left. Ben Youngs saves the day with a late try.
15 September 2011: Martin Johnson is forced to come out in defence of his players following a night out in Queenstown. Mike Tindall, Chris Ashton and Dylan Hartley are among the players involved in this incident, which was holding a “Mad Midget Weekender”. Johnson also has to defend the decision to allow some players to go bungee jumping.
24 September 2011: Romania are beaten 67-3 to give Johnson and the rest of the squad some breathing space.
29 September 2011: The Rugby Football Union suspends the assistant coach Dave Alred and the fitness coach Paul Stridgeon from the World Cup game against Scotland after the pair were found to have illegally changed balls during the victory against Romania.
3 October 2011: Johnson says that he is angry with Ashton, Hartley and James Haskell for alleged inappropriate harassment of a female hotel employee at the Scenic Southern Cross hotel.
8 October 2011: England crash out of the World Cup with a 19-12 defeat against a French team that had been in disarray earlier in the tournament. It is an uninspiring defeat that had a lot to do with the decision by Johnson to quit.
9 October 2011: Tuilagi is detained by Auckland police after jumping from a ferry as it was about to berth. The 20-year-old is given a pre-charge warning for disorderly behaviour before being released back to the England team management, which fines him £3,000. Johnson is criticised by certain people for his leadership qualities.
11 November 2011: Tindall is fined £25,000 and removed from England’s elite player squad following events in Queenstown, while Haskell and Ashton were given £5,000 suspended fines following an incident in Dunedin. Hartley is cleared.
16 November 2011 Johnson resigns.