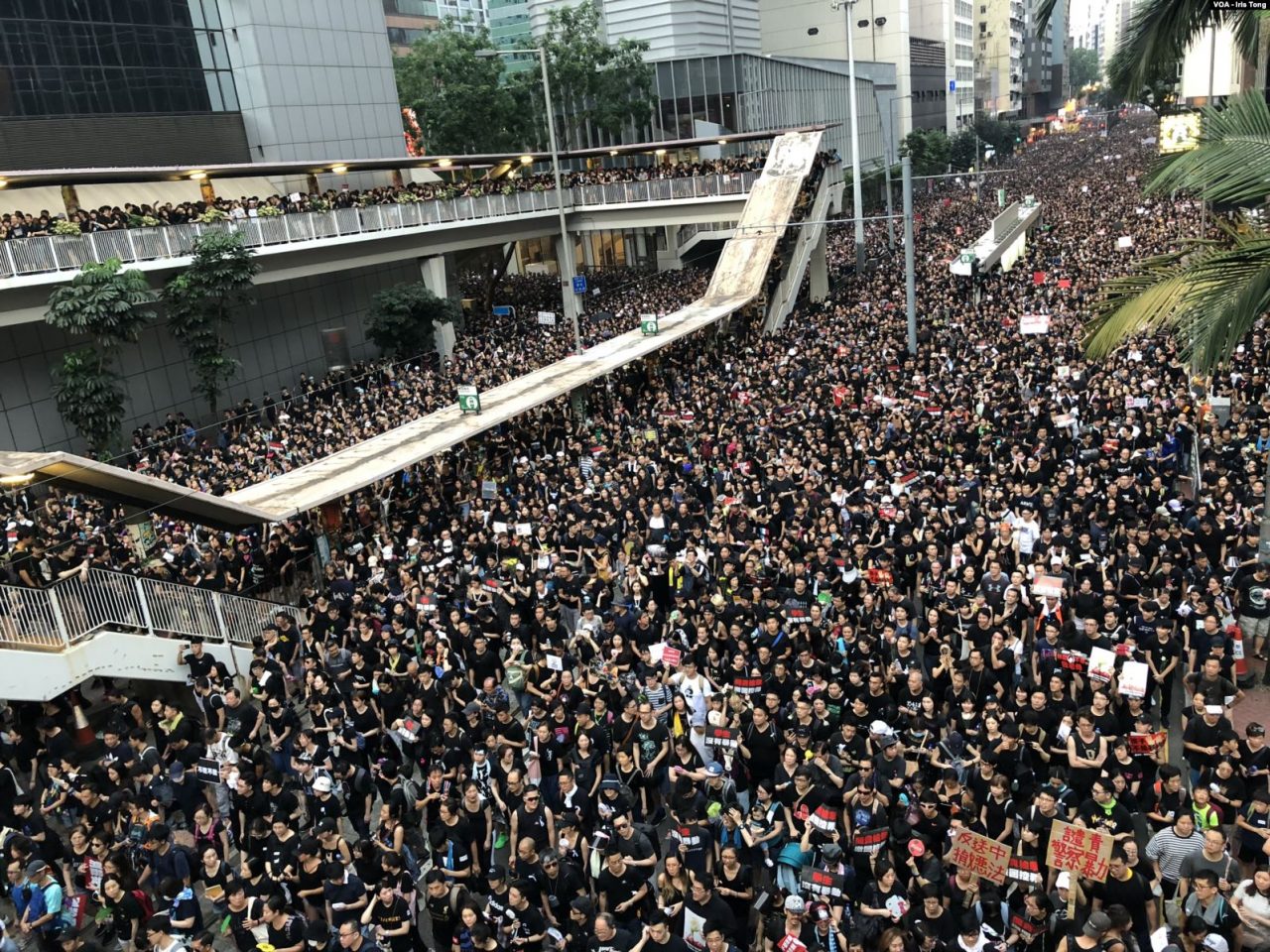 New potential extradition legislation in Hong Kong has sparked off a wave of protests against the bill.  The action was ignored by the government, until police action against the young protesters turned violent. We spoke with Amanda*, Hong Kong resident and a participant in some of the protests.

There is a solid reason why the protests started. It’s a reaction to a proposed amendment that would allow Hong Kong to bypass prior extradition agreements.

This is especially worrying due to Hong Kong’s connection with China. Protesters are worried that residents, or even just visitors to the island, could be arrested and extradited to the mainland without the promise of a fair trial. Currently, neither residents nor visitors can be surrendered to the mainland, but if this amendment is passed, that protection would be lost.

This is concerning because the primary fear is that China’s government could begin targeting political dissidents, or anyone who opposes the government loudly enough. Several organisations, such as Amnesty International, states that the Chinese government routinely sanction or organise human rights abuses, and “has the largest recorded number of imprisoned journalists and cyber-dissidents in the world.”

Hong Kong was a British territory from 1842 to 1997, when it was handed back to China as a special administrative region. It was agreed at the time that Hong Kong would remain semi-autonomous under an agreement called “One Country, Two Systems,” as part of Hong Kong’s reintegration as part of China.

Under this agreement, Hong Kong has an independent government system, legal, economic and
financial affairs, and trade relations. It also means that Hong Kong residents have measures of freedom that mainland residents of China do not have.

The agreement has a set end date of fifty years, and therefore expires in 2047. This means there is a potential end-date to the freedom, rights and independent legal and legislative system that Hong Kong’s 7.4 million citizens currently enjoy.

While these current protests are about the extradition bill, looming in the background of this, and previous youth-led movements such as the 2014 protests against electoral system reform, is the end date of Hong Kong’s freedom.

Amanda was born and partially raised in Hong Kong, and currently lives and works there as an English teacher. She regularly attends and supports protests but considers herself on the periphery, because she is neither fluent in Cantonese nor on the front lines.

“They are fighting with real desperation for their future livelihoods and to retain the rights they grew up with. Most of these protesters are in their late teens to mid-twenties, and it kills me when I go to protests and see participants that are obviously high school students, facing riot police.

“It’s just astonishing how well-organised and cooperative the protests are, considering that there’s no centralised leadership. At the June 12 protests, I learnt that there are hand signals for different supplies, like “helmet”, “medic”, “asthma inhaler” – teargas ‘does a whammy’ on your lungs – ‘umbrellas”, and we pass messages in this way quickly and effectively in a crowd.

“Protesters take their trash with them or return the day after to clean up the streets. Supplies like saline and face masks are largely crowdsourced, by calls for them on Instagram or the messaging app Telegram. People leave money and food on top of ticket machines on the Hong Kong subway for the protesters. I’ve not seen anything like it before, and even though most of us know we’re fighting a losing battle, it makes me so proud of Hong Kongers, and it makes the fight worthwhile.”

*Amanda’s name has been changed.

According to a 2016/17 Amnesty International report, the government’s new national security laws seriously threaten the protection of human rights.
– The most frequent targets of these laws are activists and human rights defenders.
– Several individuals, including booksellers, publishers, activists and journalists, have already appeared in China’s detention camps, having disappeared from neighbouring countries outside of China’s legal jurisdiction.
– China is also accused of detaining its Muslim population in re-education camps in the western region of
Xinjiang.

Timeline of recent protests and actions

January 2012: Protests were held against televised remarks by a Peking University professor criticizing Hong Kong citizens for being disloyal to China and harbouring a colonial mentality.

July 2012: Marches were held against the introduction of a new school system, which praised the nationalist position of the Chinese government, and criticised democracy.

2014: Mass protests over electoral reform, which would change how Hong Kong elected its Chief Executive. Many proposals were viewed as a way to eliminate any chance of electing a pro-democracy candidate.

2019: Demonstrations begin in March against the extradition bill, escalate in June and continue to the present day.

June 9:  First mass protest march to the Legislative Council, organisers estimated 1 million protesters. Government stated that night that the bill would resume onto a second reading on June 12 anyway, ignoring the march.

June 12:  General strike and protest outside the Legislative Council building. This began peacefully but turned violent when police and protesters clashed. Police fired off tear gas and rubber bullets at protesters, who used umbrellas as shields and set up barricades. This was Amanda’s first protest, running umbrellas and water to the frontlines. The police classified it as a riot halfway through, but if it was, it was the most civilised and organised “riot” (on the part of the protesters) that Amanda had ever seen.

June 15:  Carrie Lam (current Chief Executive of Hong Kong) declares that the extradition bill is suspended/halted, but not withdrawn.

June 16:  Second mass protest march, organisers estimated 1.5-2 million protesters, the largest demonstration in Hong Kong history. Amanda was present, and there were so many protesters that they occupied three major parallel streets. The march still took five hours to cover a 45-minute distance. The march was jointly against the bill and the police brutality of June 12.

July 1:  Amanda attended the pro-democracy march in the daytime, which was “peaceful” and “relatively uneventful”. That night, protesters stormed the LegCo (Legislative Council of Hong Kong) building.

21 July:  March and Yuen Long pro-Beijing attacks, and according to Amanda, “many  Hong Kong citizens are convinced that these were triad groups paid to beat up protesters and civilians, as an intimidation tactic”, but at which she was not present.

28 July:  Organised rally in Chater Garden- originally planned as a march, but re-organised as a rally when the application was denied by the police. The rally broke into an impromptu march anyway, to Causeway Bay where protesters set up barricades. Amanda marched with them, but didn’t join the second, smaller group of protesters that split off west to occupy the Central Government buildings.

5 August:  General strike and rallies organised across seven of Hong Kong’s major districts. I went to the rally in Admiralty at Tamar Park- a public space- which began as a peaceful sit-in. We left the park and went onto the streets when the police started firing tear gas. This was the first rally where Amanda was tear-gassed severely enough to need saline solution, which someone immediately helped me with. Amanda remained mostly an observer, but a friend of hers was running supplies to the front and narrowly missed being hit by a tear gas canister.