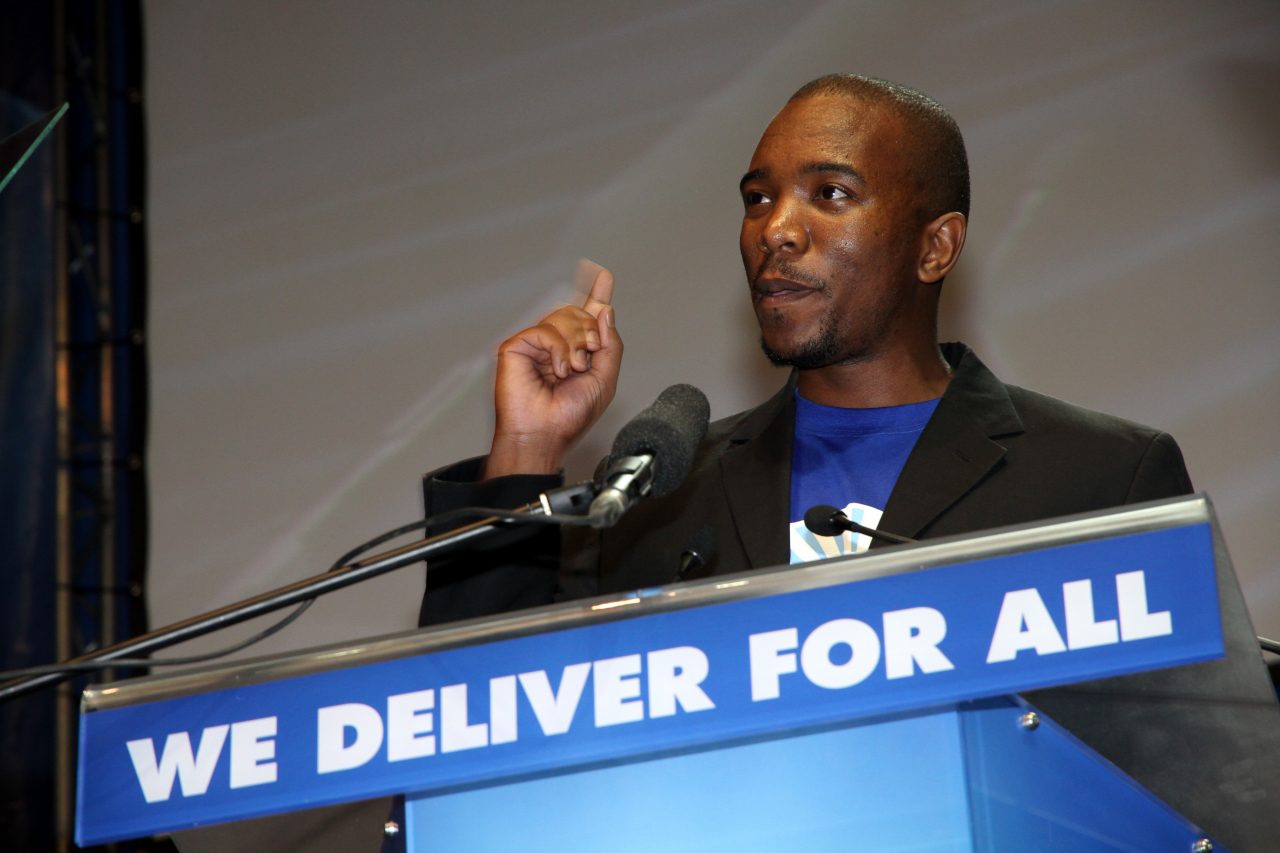 Maimane is the first black leader of the Democratic Alliance (DA), the main opposition to the African National Congress (ANC).

The DA’s leader of eight years, Helen Zille, 62, stepped down after leading the party to win 22% of the vote in the 2014 national election, its best performance.

Ruling party and former liberation movement, the ANC, won that poll by more than 60%.

Mr Maimane, 34, who is considered to be a possible future president of the “Rainbow Nation”, told delegates his priorities would be fighting for a fairer society with equal opportunities for all.

“We can transcend racial inequality, but this can only happen if every South African acknowledges the injustices of apartheid and if we all recognise that racial inequality of the past still remains with us today.

Mr Maimane, who was born in the black township of Soweto in Johannesburg, began his rise to prominence began in 2011, when he became the party’s national spokesman.

Last year, he lost his bid to lead the provincial government of South Africa’s richest province, Gauteng, but shortly afterwards became the parliamentary leader of his party.

Mr Maimane completed his MA Theology in Bangor and then went on to lecture at the Gordon Institute of Business Science in Johannesburg. Maimane has also managed his own consultancy firm.

A spokesman for Bangor University said:

“We’re delighted to see one of our graduates playing such a prominent role in politics and democracy in South Africa.

“We are a truly international university and are always delighted to hear of the success of our students.

“We wish Mmusi Maimane every success in his new role as leader of the South African Democratic Alliance party.”

The Bangor background of the new opposition leader was first reported by the Daily Post.