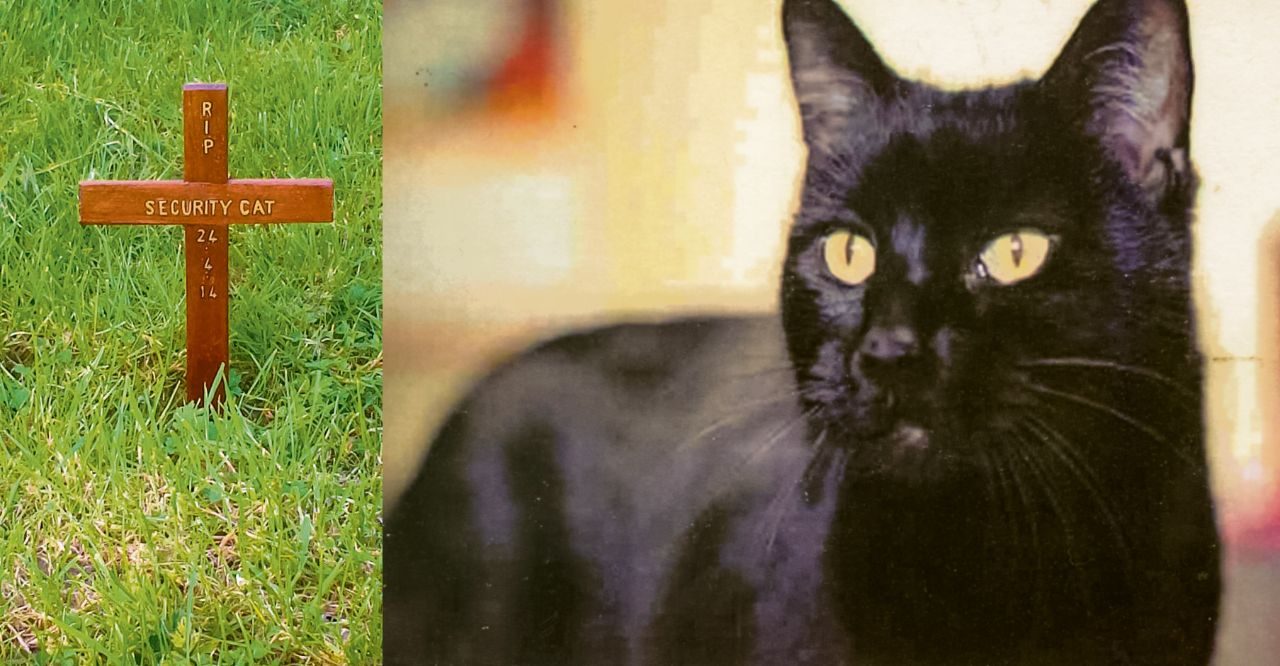 The icon of the security office and unofficial mascot of Ffriddoedd halls site, known by many names to many students but universally as Security Cat, has died.

A surrogate pet for those missing their own, and a calming influence on stressed students, he could often be seen lying in the box for maintenance request forms, or, on sunny days, on the pavement outside.

He was found as a kitten seventeen years ago by a night security guard in the bushes just outside the security lodge. The security guards adopted him and he stayed there ever since. Soon after his adoption, he fell ill, and students raised money for a veterinary visit. The amount raised exceeded what was necessary and since then Security Cat had an account with the halls office, containing money that was to be used for future vet visits. The responsibility for buying his food was shared among some of the guards, cleaners, and halls office workers (many of whom in later years had known him for their entire time working for Halls). According to the guards, he used to follow them on their visits to halls buildings and would wait outside for their return. They buried him under a cross memorial marker beside the security lodge and inside they still keep a photo of him donated by a student.

He died gently at a very old age after a short illness, and the news was announced by the official Bangor University Facebook page, on which hundreds commented with their own stories of how Security Cat helped them with homesickness or exam stress. One former student, Jo, wrote: “the positive effect he had on so many homesick students – me included at times – is beyond quantifiable measure. I will remember Security Cat very fondly!” Shortly afterward, a memorial Facebook page, titled “RIP Security Cat,” received almost 1350 likes.