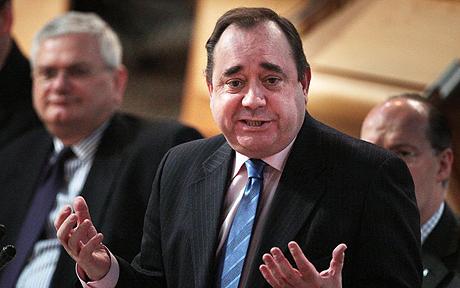 The other UK countries might be the ones to lose out in Scottish independence, not the Scots

The Scotland question of independence in January has shown to be an important issue for the whole of the United Kingdom with David Cameron entering the new year with it as the first thing on his agenda. This has since inflamed a debate which really started with the SNP winning a majority in Holyrood in May last year. It has raised the question for the future of the UK not just for Scotland.

Matthew Parris wrote in The Times the other week that the whole of the UK should have a referendum primarily on whether or not Scotland would be allowed a referendum on independence and I can see the argument for that, after all Scottish independence means the end of the United Kingdom full stop. Let’s not forget that the United Kingdom is the union of the Scottish and English crowns, so if Scotland leaves, where does that leave the rest of the UK?

On the question of would Scotland keep the crown, I see it as inevitable that it would. However, it raises the question of whether you would have a separate coronation using the Scottish crown jewels in Edinburgh. Meaning that after a coronation in London for the reminisce of the UK – let’s call it England & Co – and the commonwealth there could be a separate coronation in Edinburgh or wherever else was chosen for the Kingdom of Scotland.

Another deeper question for Scotland and England & Co is its relationship with Europe. There has been a lot of debate about the fact that Scotland may have to reapply for EU membership, but that would mean the same for England & Co as it would no longer be the United Kingdom. While Scotland would join the EU quite simply, if they really did have to reapply – which I doubt, but for arguments sake let’s say they do – England & Co would have more difficulty. For a start without Scotland, England & Co would be left with a permanent Conservative government in Westminster which would struggle within itself on the rejoining of the EU with such Eurosceptic/UKIP tendencies within the Conservative party. This could cause huge unemployment in large parts of England, Wales and Northern Ireland while Scotland would prosper from all the trade and diplomatic benefits which comes with EU membership.

For Scotland it would probably have to join the euro rather than keep with pound sterling, but that in itself is no big issue, in fact it may well be a huge benefit. Despite the euro’s position now, the single currency and those countries in it will come out of this economic turndown well before the pound.

With all this talk on what would happen with Europe and for those who have read so far and are depressed at the state it could leave the rest of the union in, Europe is one of the key issues in which those of you who are unionists could see a brighter future which keeps the United Kingdom. With more integration into Europe and an eventual joining of the euro business and industry would start to increase through all parts of the UK. Britain joining the euro could easily be one way to stop Alex Salmond and the SNP’s dreams of Scottish independence in its tracks

This ultimately brings up the main question of Scottish independence so far raised in the media; what will the question be and who will lead the attack against Alex Salmond, The Spectator’s politician of the year 2011?

In answer to the question, will it be a question with three answers, with the inclusion of “Devo-max” or just a straight yes or no answer. If the question is left as a yes or no then we will either come away with the status quo or a divorce for the UK, as partly described above (not a pretty sight for those outside of Scotland as you might agree), if left with the no vote winning then this would not ultimately be the end of the conversation but only delay the answer for another generation to answer.

However, if “Devo-max” were an option and it won then this could lead to the best outcome for sustaining the United Kingdom. With Scotland having full control over tax this could also lead the way to an English parliament and the creation of a federal Britain. With the introduction of a Federal Government for the UK as a whole, as well as state governments for the individual countries. How this would work is not for me to go into, but it could be done and in my view is the best way of sustaining the union.

For the question of who should take on Alex Salmond in this debate it is obvious that it can neither be a Conservative in London nor any other individual outside of Scotland. The main name to be thrown around so far is Alistair Darling but I do not think he should stand alone against such as charismatic a man as Salmond. Neither should anyone who is arguing for the union get bogged down in the strong nationalism there will be in Scotland in 2014 – if that will be the year of the referendum – with the 700 year anniversary of Bannockburn, the Commonwealth Games in Glasgow, and the Ryder Cup in Gleneagles.

So if you are someone who believes in the United Kingdom then argue strongly for, and make sure the rest of the UK knows what will happen to it if Scotland has its independence, make sure Scots know that there is an alternative to the status quo. And if you are a member of Alex Salmond’s band wagon for the majority of the argument you can just sit back and relax and let 2014 roll on.