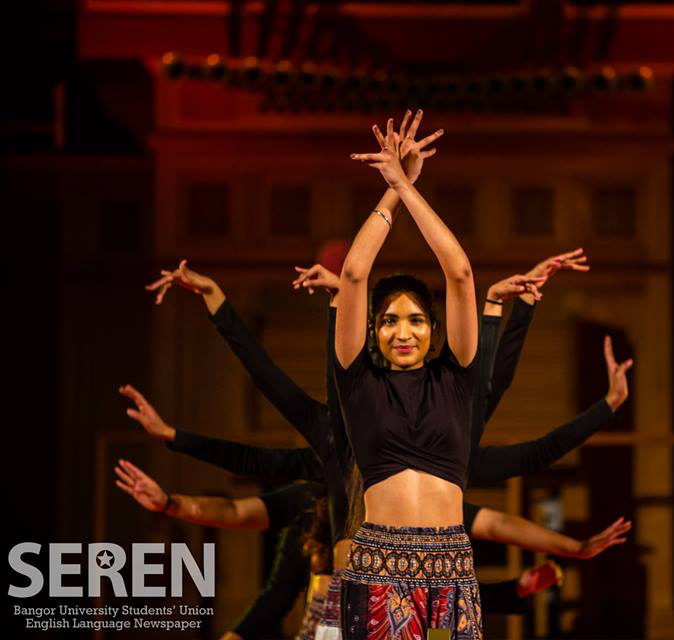 Mythologically speaking, Hindu’s believe that Diwali is a significant day of good over evil, as it ties into the Hindu Epic “Ramayana”, which marks Diwali as the day that the Hindu God Ram reached his kingdom after a period of exile and his army of good defeated the demon King Ravana’s army of evil.

For many Indian Students at Bangor, Diwali or the “Festival of Lights” can be an event that makes them miss home and their families more. The festivities usually involve decorating the house with lamps and candles and making traditional Indian sweets.

Taking this into account, the Indian Society hosted a Diwali Event this Thursday, and it spoke to Indian Students and International Students alike! The Event had a variety of performances that ranged from Hindi and Bangladeshi song performances, Bollywood dance performances, and some traditional classical dance performances from South India as well as a traditional dance style from Punjab, North India. There were approximately 200 people in attendance, with a variety of nationalities being present! The Event had a food stall, with Samosa’s being sold, and an Open Dance Floor which gave the Indian Students a chance to enjoy themselves and celebrate the festival!

The Event marked a significant milestone for new and old students alike, as it signifies the importance given to the celebration of their culture, although a continent separates them!