The Value of Voting 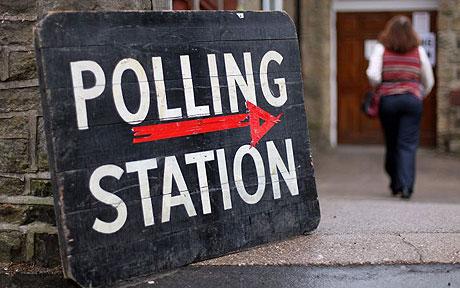 From Bangor Students’ Union to wider student movement; why you should mark your x on the ballot paper

It may not have the glamour of the the American Presidential elections, but the next three months will see the leaders of the student movement in Bangor, Wales and the UK elected. These are, you will know, interesting and complicated times for students across the UK, and I wanted to take this chance to explain why I believe that it is vital that as many students as possible use whatever chance they have to make sure they have the right people leading the fight for them.

First of all, in March we have the Students’ Union elections coming up. Why is it important to vote in these, let alone take part in some way? Many students, if they even know of the Union, see it as something separate to things like their academic work, societies or sports clubs and volunteering they might do. The sabbaticals are often viewed as people in offices who are usually unapproachable or irrelevant.

These things couldn’t be further from the truth. In my four years here I have spent a lot of time in the Union, and I have seen at first hand the work that the sabbatical officers (and volunteer, part-time officers as well) do day in, day out for students. They often get the anger of students because of unpopular decisions by the university, and work long hours for small pay. But the majority of officers have always tried to push the university, the local council or the other bodies and groups that affect students lives for the best they can get.

More than that, student officers often bring to the organisation a passion and a vision for how things should be. These are often based on different experiences and seemingly different ways of how things should be done – but the most important thing when deciding who to vote for or back is that you agree with their vision. If a candidate hasn’t been able to explain what they want to do in a few sentences, they aren’t the right person to get your vote.

You should also strongly consider running for any of the positions that are available in the next while. Many people are put off thinking that you need special talents or to know the right people. All that you need to do the job well is to want to see that students in Bangor get the best that they can during their time here. It might not seem that it can change much, but it can honestly make a massive difference.

What about the elections for the National Union? At the moment, only people elected to go to NUS and NUS Wales conferences can vote for the leaders of the organisations – but that doesn’t mean that individual students don’t have any influence. The officers of the National Union have day-to-day contact with the people who make the major decisions that affect students, and you can make sure that first of all the delegates who are there to represent you are taking your voice to conference.

Student politics is often described as the least important, but most vindictive of politics. This is so far from the truth – think of how much you feel represented by the political parties in this country, and remember that your local and national unions are bodies that can take your voice to the highest possible level and make changes for you. You can have a direct say over who leads these groups and decide what they say on your behalf. Never again will you have such an easy way to be represented on any level – make the most of that opportunity.