Has Phone Hacking Tainted The Future Of Journalism? 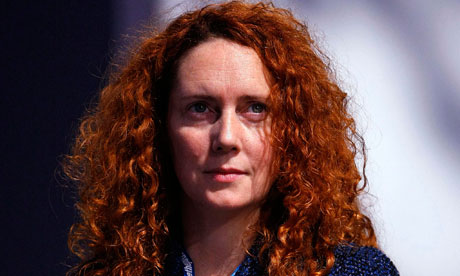 Every day as the Leveson enquiry unfolds, we become more shocked and appalled at the inexcusable behaviour of the spotlighted media hounds.

This week alone the papers pulled our heart strings when we read ‘She’s Alive’, the headline that depicted the sense of false hope and relief felt by the Dowlers when journalists hacked schoolgirl Milly Dowler’s voicemail. J.K Rowling spoke out about the horror of finding a note from a journalist in the school bag of her five year old daughter, and Sienna Miller told us how she had doubted family and was forced to mistrust her friends. We are hearing more and more stomach churning truths and I too share in the outrage and condemnation of these actions; where I differ though, is the surprise.

The handful of journalists responsible for battering the reputation of the profession do not come as a huge and unexpected surprise; they are now representative of what some people believe journalist do. I have heard reports of phone hacking greeted with comments such as ‘outrageous’ and ‘disgusting’ but I have also heard them thought of as ‘typical’, a sentiment which I feel puts the first nail in my journalistic career plan and makes me feel ashamed of the profession I have chosen.

It is a shame that when I now tell people my five year plan and detail my aspirations of writing for the Independent they snigger at me and ask if I will be hacking any phones. Just to clarify, I won’t; but unfortunately for me, and anyone else wishing to go into journalism at the minute, this blanket opinion is spreading and it will be a while before we can shake off this tainted reputation.

I am not now, nor ever will be defending the actions of those involved in raiding the sacred privacy of a family worried about their daughter’s whereabouts, or an author intent on writing captivating works of fiction. However, something Paul Vallely recently wrote for the Independent did make me sit up and think. In his piece ‘Why I am proud to be a British journalist’, Vallely described the uncomfortable hypocrisy of footballer’s wife Sheryl Gascoigne ‘who appeared on I’m a Celebrity, wrote a biography, and sold her wedding pictures to Hello! – and [is]now bemoaning invasion of privacy.’ And honestly, I think the man has a point.

As well as the questionable ‘woe is me’ attitude of certain celebrities explored in his piece, Vallely’s article poignantly addresses the Leveson smoke screen which has so far distracted the general public from the unforgivable and unhealthy relationship between the government and Murdoch’s empire. Andy Coulson has rather slipped under the radar amidst the talk of child phone hacking and we seem to have forgotten the cowardice of some political parties against the big media groups. If it wasn’t for the investigative nature of journalists from papers such as the Telegraph and Guardian responsible for uncovering the phone hacking scandal, would we still be in the dark and would Murdoch’s bid for BskyB have been successful?

Yes, probably, but really we can never know, and that is all thanks to the law-abiding, self-aware journalists who chose to deal in facts and not fiction, and whose job it is to now scrub away the dirty reputation of the underworld press.

Unfortunately, journalists have a mountain to climb to restore public faith in their reporting and some (including the aforementioned Vallely) believe that this will come in the form of press regulation. It is thought that a method of regulating articles and holding journalists to account for what they write, will cleanse the practice and status of the profession (provided that this regulator is not a politician, of course).

So far I am not convinced of the idea, though (call me naïve or optimistic) would journalism not stand a better chance if its reputation was rebuilt by its journalists? I read so many good articles by people who seek to make a difference or an impact, that regulating these articles seems to rather undermine that genuinely good practice. Take Tom Finn, who I currently follow on Twitter for his updates from Yemen, and who is dedicated to telling us the real story of the real people he is meeting. Bringing us a UK perspective, Finn tweets about the views of Yemini civilians and, in my view, brings us good, honest journalism.

Reporters such as Finn and those willing to report from countries in famine, are the reason that phone hackers are not representative of all journalists. Despite this current scandal it is the freedom of the press which supports our free right to speak and our democracy. This includes representing different and sometimes unpopular opinions in the name of social equality and fairness.

So, do we need press regulation to redeem journalism? I remain poised for Leveson’s decision on that; needless to say, some careful consideration into how to hold the lawless to account, whilst simultaneously preserving freedom of speech and our democratic right to report, will be a challenge. Really, I just dread to see the phone hacking scandal result in fact-loving journalists watching their backs and becoming scared of their own shadows.