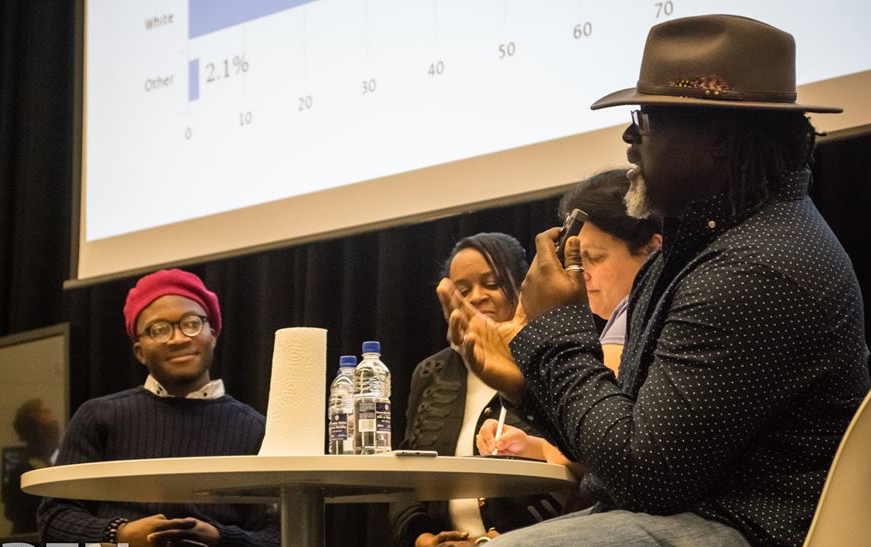 On Friday 19th October, Bangor University’s ACS society brought us The Great Debate Tour 2018; this is the first and largest national debate forum targeted at cultural communities on Universities campuses across the UK. The aim of the tour is to celebrate diversity and heritage while providing a dialogue.

The Great Debate Tour 2018 is hosted by Elevation Networks: a company who provide many opportunities and programmes for students for Black and Minority Ethnic students (BME). Working closely alongside the civil services, the Great Debate is not only for helping students get the top jobs, but also all findings from these events across the country are presented to the House of Commons in order to provide better service for more students.

With the help of a panel of experts, university students are encouraged to explore issues that our research indicates is the most relevant to the audience. It is held between October and November as part of Black History Month. Societies involved in the tour include cultural and religious societies such as; African & Caribbean (ACS), Latin, Chinese, Hindu, Sikh, Islamic, and Christian societies.

The first topic discussed topic brought to our attention was the recent 70th anniversary of the NHS, importantly discussing the ratio of ethnicity of the bosses at the top of these

companies. With the NHS being mainly made up of African and Caribbean indiviudals, yet the industry is extremely under represented with the senior manager’s being white. The reason as to why this was the case was discussed among the panel.

The initial reaction was presented by Ejay, with the ideology that perhaps it is all an assimilation between the 2 groups. This was contrasted by Rebecca, who believed that despite not being so, there should be better representation within this day and age. As a society, we should’ve moved further than this and shows how far we have to go.

Contributing factors of this discussion include set in habits/cultural differences, an established mind set/self-fulfilling prophecies, an issue which needs more awareness. The audience provided more food for thought: presenting the belief that perhaps the lack of role models has given rise to disbelief of the possibility. If there was more representation of people achieving this, there will be more encouragement and motivation as the prospects seem in grasp. Yet, this was contradicted due to opportunities to certain levels of education are not offered equally.

The second topic entering the debate was knife crime. This was offered alongside statistics from February 2018; showing London beat New York 22:21. Points were brought to the conversation including: products of the environment, confused expressions, drill music, and lack of funding for youth centres.

The source of the violence itself was questioned, the main two explanations were Accessibility and Protection, which were discussed in full. As symptoms of marginalisation and inclusion, Ejay proclaimed that we are instead conditioned from schools for prison with the analogy of strict routines, stating that this is disenfranchising kids.

There was also talk to the entire “live fast” lifestyle, which reflects why you should get a job and work tirelessly but legally, where you can make more and do less down another path. Another issue raised was the stigma with young centres and libraries for those who attend. There is yet again more need for awareness and funding to help resolve this.

The final topic broadcasted to the room was Women’s Suffrage: Should women of colour and BME celebrate it? Which was met with a swift no, but with respect. Any movement forward is a celebration but the reality is the movement wasn’t truly inclusive.

This was met by the question as to whether women of colour were truly free to be themselves – a quick response was no that they are confused, due to changing hairstyles to appropriate their environment, however the audience bought back saying that they themselves hold the choice which they didn’t before. They weren’t denying the beauty of their natural hair but yet defining themselves as their own. In fact, women that succeed in being themselves are out there, standing strong and proud, the only problem is we don’t hear about it.

What does success look like for the future? In 70 years’ time, a beautiful picture was outlined by the audience: 2 generations of families who have absorbed success. Success defined as an absence of fear, being content within yourself, opportunities at your door, high decision makers, no self-emplaced glass ceilings, and confidence that YOU CAN.