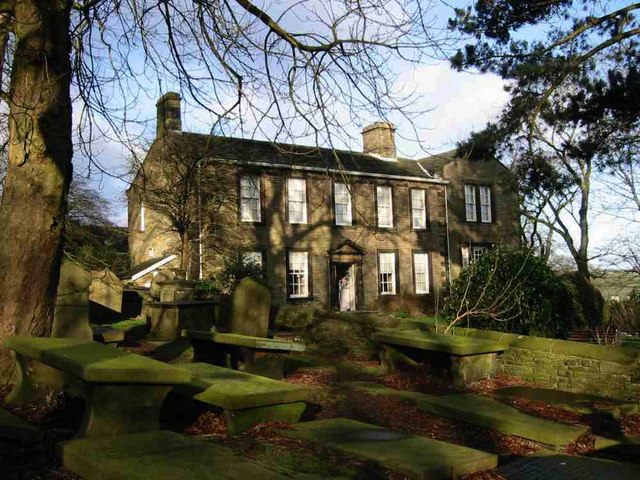 For the bookworms among us, nothing sounds as joyful as the thought of escaping into the worlds of our favourite books. Whilst we have Hogwarts right on our doorstep with Main Arts, the urge to visit the worlds we love is palpable, and sometimes requires more than thumbing through dog-eared pages of our well-read tomes. In many cases, though often further afield, some universally favourite books are rooted in our own world and, in their heritage and fame, have reconstructed the landscapes around them into perfect places to visit. In the post-Christmas blues, we’re all craving some distraction from the chaos of reality; so what really could be better than a trip to some of the places that inspired our favourite stories?

Bronte Parsonage, Haworth
Dark stormy nights in these cold hours of winter are perhaps the most fitting to read a book by the Bronte sisters. Some of the most prominent women in the literary canon, Anne, Charlotte and Emily Bronte’s gothic novels redefined British women’s literature, carving out their own positions amongst the greatest writers of the 19th century, all within the walls of the Bronte Parsonage. What was once an isolated hamlet in the wilderness of Yorkshire, Haworth has now become a bustling tourist site with millions making their pilgrimage to see the house where it all began upon a steep hill.
The Parsonage is relatively cheap to enter, and also does student discounts, but regardless, a wander around the house where Charlotte wrote Jane Eyre, Anne hunched over The Tenant of Wildfell Hall, and the moors Emily sauntered through as she wrote Wuthering Heights are enriching for any literary soul. This Victorian village is the perfect place to lose yourself in, whether for the atmospheric chills of winter, or for the incredible views of Yorkshire during the spring.

Alfred Bestall, Beddgelert
Although Alfred Bestall wasn’t the original writer of the Rupert stories, this Welsh man has become a defining figure in the history of Beddgelert, here in Gwynedd. Not only is Beddgelert a scenic little village to visit, but Bestall and his drawings of Rupert Bear and his friends in the famous comic have become greatly attached to the village and its tourism. Bestall’s house Penlan is a peaceful memorial to a talented man, and one can even stay in his house! Penlan Cottage perches on windy hills in the shadow of Snowdonia, and since Bestall’s death in 1986 has been renovated into a holiday home! If this was part of your childhood, how could you possibly resist taking a visit?

Louisa May Allcott, Concord Massachusetts
If like me you recently fell in love with Greta Gerwig’s adaptation of Little Women, then you may be itching to hop across the pond to the remotest crevices of Massachusetts. Heavily inspired by her own life, the March sister’s iconic house continues to stand proudly in the chilly airs of Concord. Concord epitomises the British idea of a crisp, American autumn, but it truly comes to life around Christmas. Based around Allcott’s childhood home, Orchard House, the town spends a week every December celebrating Little Women and it’s three sequels. From the Concord Museum, to Alcott-era bookbinding, ‘Little Women Week’ is a glorious celebration of literature, feminism, and the 1800s literary landmarks, all to be soaked up right before Christmas!

Lucy Maud Montgomery, Prince Edward Island, Canada
Another recent adaptation taking bookworms by storm is Netflix’s Anne with An “E”, based on the first book in L.M. Montgomery’s Anne of Green Gables series. Now that the final episodes have graced our screens, fans like me cannot help but dream of days on Prince Edward Island, where the books are set. After being accidentally given a girl to adopt rather than a boy, the Cuthbert siblings take in a young Anne Shirley, adopting her and all her eccentricities into their home of Green Gables. Anne’s awe at the beauty of the island beyond her asylum walls are so delicate and detailed that the seasons of the island become personified, a favourite character in itself. Montgomery’s books have drawn in international acclaim for their charming depiction of Canadian life. So much so that there’s even an Anne of Green Gables Museum on Prince Edward Island with actors bringing every page to life. After all the sightseeing that Green Gables has brought into the tourism of the Island, you’ll be wanting to take a break. What better way to spend it than seeking out Lover’s Lane and the Lake of Shining Waters?

Some of these journeys may be a little further away than we care to imagine, but for us bookworms, until the day comes when we can visit in body, all it’ll take for now is a little trip into the nostalgic crevices of the mind to disappear back into the worlds that have brought us so much happiness.