Inside the Airport: Beautiful Maybe-Spaces 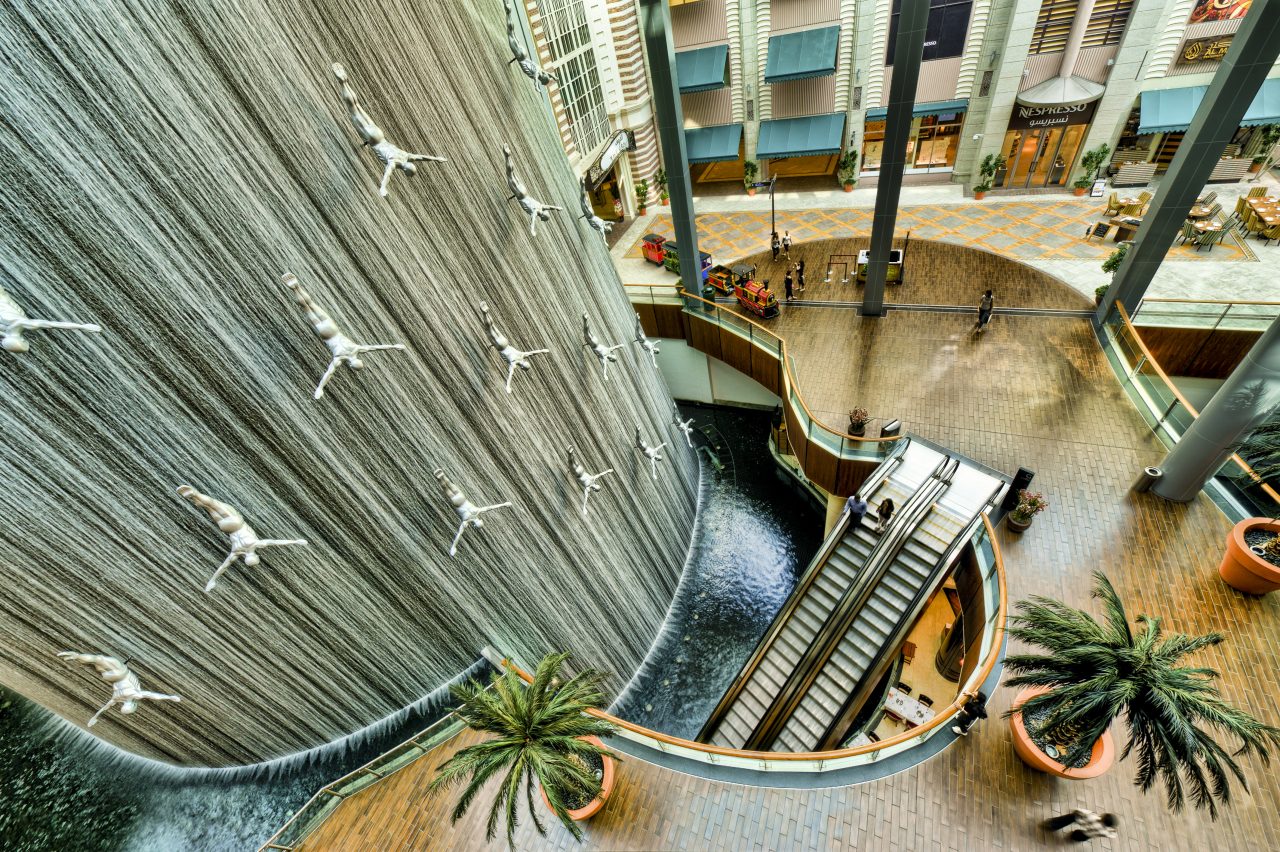 Sometimes airports are the only view you get of a country, a snapshot of a place blurrily imprinted on the back of your eyes as you try to get some sleep in uncooperative airport chairs. It’s a maybe-space… a little bit of isolation-temporal and temporary, not quite as real as the world beyond airport security. You do odd things like: buy ten bottles of wine and a Toblerone bar at duty-free; fit yourself and an unfeasible amount of luggage into a toilet cubicle; worry cyclically whether you’ve brought enough pairs of underwear.

Dubai is one of my favourite maybe-spaces. I’ve only ever been there at night, so I don’t even get the normal joy of staring out of huge glass windows at the surrounding country. It means the isolation is extra pronounced, and instances of fatigue-induced weirdness are extra common. I remember spending an hour wandering round the airport trying to find somewhere to sleep and finding nothing but bright lights and perfume shops. Dubai has a strange aesthetic: all gold and cream for the most part, with the occasional green flash of a palm tree thrown in, characterised by towering ceilings, graceful columns and enough reflective surfaces to make the room seem double. The main event is a gently slopped artificial waterfall, larger than a house and no louder than a whisper, with small, pale humanoid figures peppered above its surface like the world’s most ghostly synchronised swimming team. The entire thing feels like you’re on the inside of some flash James Bond set. Except the seats. 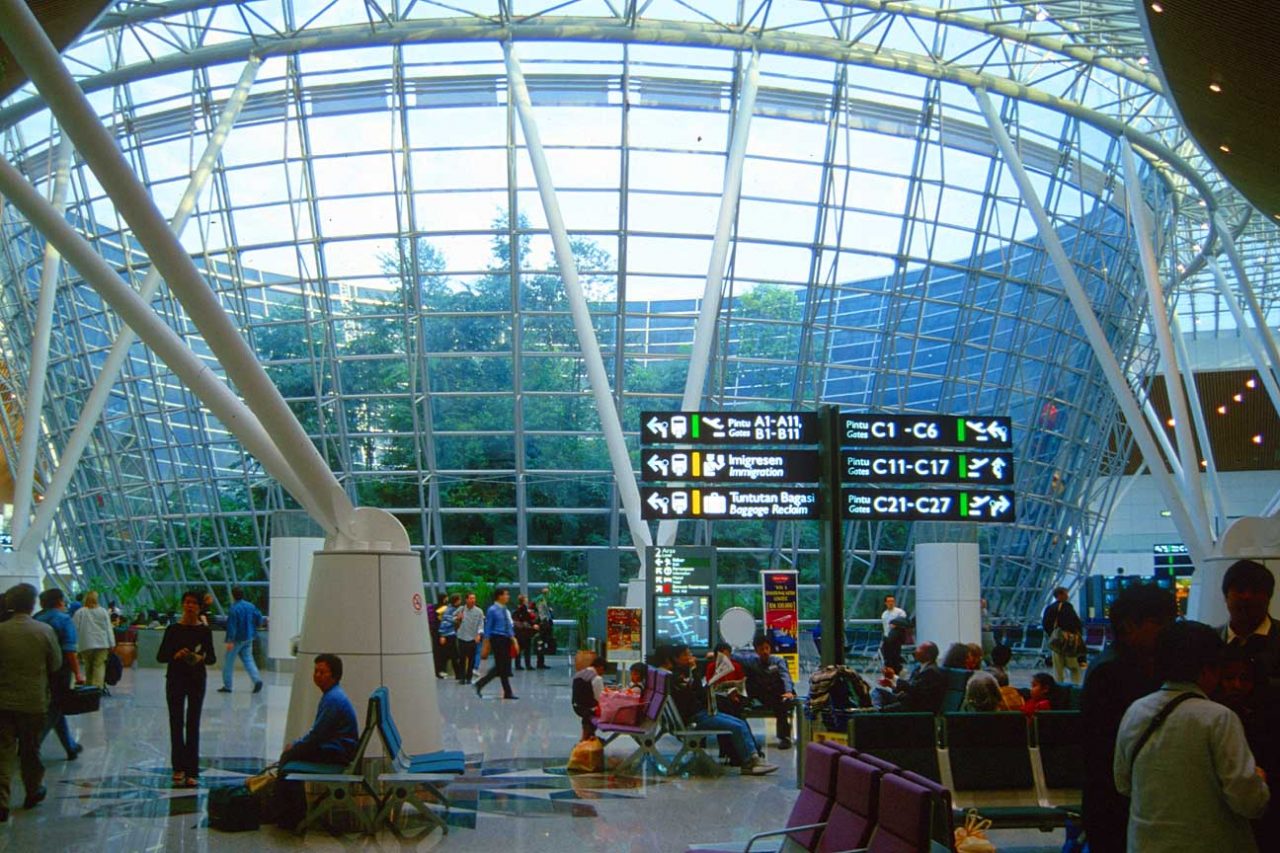 The seats, wonder of wonders, are in primary red and blue and sit utterly incongruous with the rest of the surrounds. Rather than a movie set, these look like they’ve been selected straight out of an IKEA catalogue. All moulded plastic and no flash. The chairs in Main Arts library are not dissimilar. But they are comfortable enough that at the end of my hour of searching I’d settled in one of the more suitable chairs – laid back like a sun lounger, not quite good enough for sleep, but better than the floor – and done my best to doze. It’s strange, being around other people in an airport. It’s one of those large communal spaces where you’re alone, but you’re alone with other people. It leads to a half-formed sense of camaraderie among half-asleep travellers, flopping on chairs and trying to quiet children and manoeuvring luggage trolleys. Airports come with a hyperawareness of strangers with the same purpose that you find, to a lesser degree, at sports events and libraries and in the terror of exam rooms.
Just so you know, the shared panic of an exam is not unlike the shared panic of people checking bags in and dealing with customs.

Kuala Lumpar’s Satellite Terminal A feels more like a high class shopping mall than an airport terminal. It’s full of prestigious boutiques and massage lounges. And in the middle of all that – in the middle of Mango and Starbucks and an honest-to-goodness Burberry – is a rainforest. In miniature. In. An. Airport. 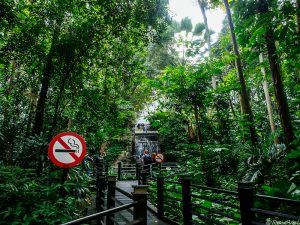 The temperature change can disorient you something fierce – depending on the time of year, you can hop from the air-conditioned indoors to a clime of nearly 40° – and the open air design means you can potentially get caught in a sudden shower, but it’s a must-see if you ever get the chance. It puts anything Heathrow has to offer to shame. Speaking of which, forget those cramped and always slightly dirty buses you have to get to move between terminals: Kuala Lumpar, and Dubai, and a dozen other places that aren’t Heathrow, have trains. Which, yes, most every airport is connected to trains, thank you, that’s not at all what I mean. Kuala Lumpar has an indoor train, which gets rid of those abysmal buses and takes you in high-tech elegance from terminal to terminal like this was all some spiffy sci-fi movie with robots and an inexplicable 90s aesthetic.

So all in one airport you can technically engage with three different types of transport – a train, one of those little security buggies, and the actual plane – all without really going ‘outside’. Unless, of course, you explore the indoor rainforest.