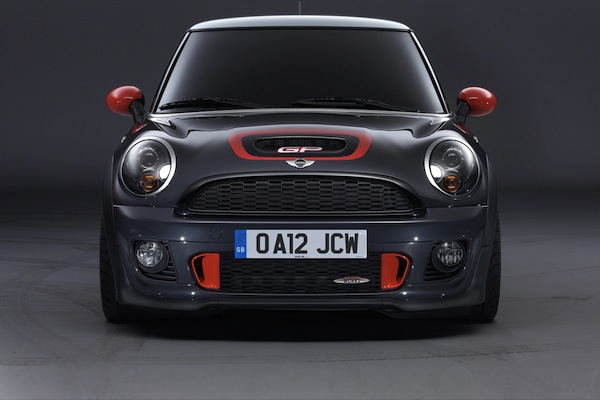 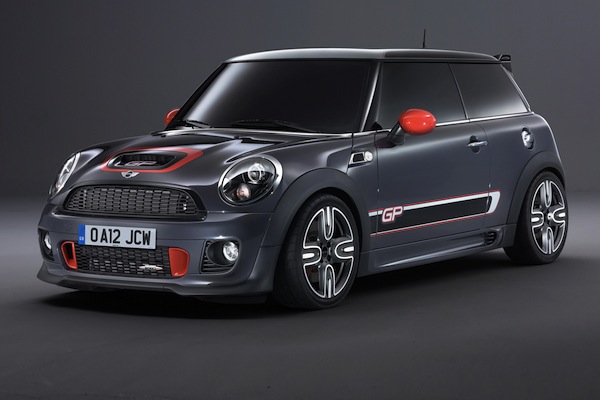 Just like the original GP of 2006 was, the Mini John Cooper Works GP II is a special edition of the current hatch and is a final goodbye before the third generation Mini is announced.

Official power details of the GP II haven’t yet been detailed, but the car has lapped the Nurburgring in eight minutes and twenty three seconds, some nineteen seconds faster than the previous GP. Therefore we can expect more power from the 1.6 litre turbocharged engine, and a 0-62mph time of around six seconds plus.

Styling wise, the GP II takes inspiration from the original. Red brake vents, red bonnet intakes and red wing mirrors were all featured on the old GP, as were the pretty similar alloy wheels and GP badging. Mini have also removed the rear seats to save weight, again just like the original.

The signature Mini handling should be even better too; the car has adjustable race suspension, slicker tyres and stronger brakes which will no doubt provide endless fun on the race track or a quick drive to the corner shop. The GP II is expected to cost around £25,000 with just 2,000 editions being produced. 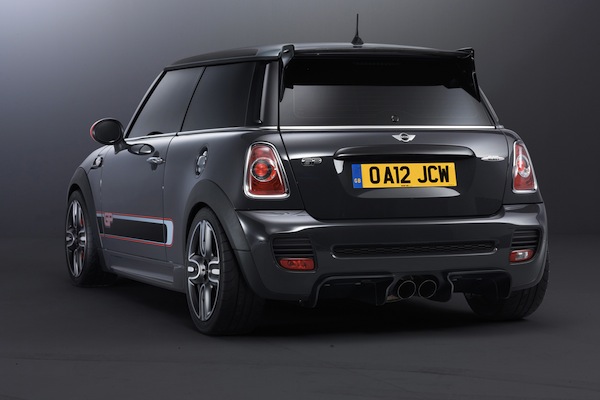