Welsh Gastronomy – in decline or on the rise? 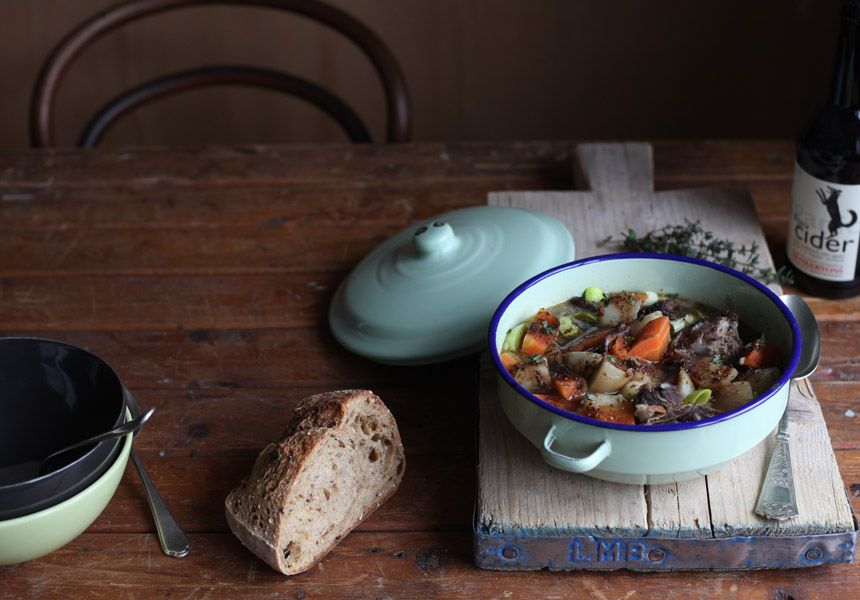 The Welsh larder is phenomenal. Quintessentially Welsh ingredients such as lamb and leeks define its farming landscape, while its shores (especially those surrounding Anglesey) are pregnant with salty water fit for the production of arguably the world’s most revered sea salt – Halen Môn – and sea bass. The Menai Strait is home to plump mussels and the glowing hue of rapeseed buds now lights up the fields of Conwy.

The list of amazing produce doesn’t stop there. Glamorgan sausages are rich with Caerphilly cheese and its history; each time you eat a sausage, its sour tang resonates its past. Supposedly first made to replenish miners with salt lost during work, Caerphilly cheese replaced Glamorgan cheese, a now defunct variety of cows’ milk cheese.

Bara brith, deep and fruity; cawl, nourishing and savoury, and perhaps the country’s most well-known dish, Welsh rarebit, all create the impression that if you’re a chef in Wales, you’d be hard-pressed to make a cawl of it.

Indeed, there are several restaurants in Wales that serve good food. Aled William’s Beaumaris venture, Cennin, received 8/10 from Giles Coren in The Times. Further south, Stephen Terry’s Abergavenny-based restaurant The Hardwick was described by Michel Roux Jr. as his “favourite Welsh restaurant”. And of course, as ever, there is Shaun Hill’s The Walnut Tree, also in Abergavenny. Short, concise menu descriptions – skate with shrimps and dill – emphasise Hill’s ability to produce wonderful yet simple food.

And yet, among all these fields of gold and plates of gastronomy, there is the rotting redolence of disappointment. Surely a country with such a plentiful bounty of amazing ingredients should be home to more than two restaurants in The Good Food Guide’s Top 50? Equally, in spite of its increasingly disputed reliability, the Michelin guide’s decision to award just four Welsh restaurants with a star in 2013 is worrying.

Moreover, the recent closure of James Sommerin’s Michelin-starred The Crown at Whitebrook, described by Stephen Terry as a “sad day for Welsh cooking and the Welsh culinary scene” hints at a deeper problem.

Its owners cited “financial difficulties” as the reason behind the restaurant’s closure. Similarly, Shaun Hill tweeted on the 9th January: “Christ I’m bored with this quiet time of year already. Come, book tables, eat and spend money you buggers.”

Is there a market for these restaurants in Wales? Seven years ago, chef Craig Harnden condemned Wales’ inability to produce restaurants worthy of being considered among the best in the world: “We won’t get a world-class restaurant for at least 10 years, just because of the culture of people and what they expect when they go out.” It’s hard to disagree with Harnden. His contention is backed-up by the location of some of Wales’ most well-known chefs.

Bryn Williams, who represented Wales in the BBC’s Great British Menu and cooked for the Queen at her 80th birthday party, resides in Primrose Hill, London. His restaurant, Odette’s, is joined by Angela Hartnett’s Murano, also based in London. Perhaps the most pertinent indictment of Welsh gastronomy will arrive next week in the competition that helped give Williams his revered reputation.

The Great British Menu will feature its Welsh region round next week, though only Mary Ann Gilchrist of Carlton Riverside, Powys, plies her trade in Wales. The other two chefs, Richard Davies and Luke Thomas, are head chefs at English eateries.

So why do some talented Welsh chefs elope to England? According to Harnden, it may be down to the remoteness of many of Wales’ towns: “it is not the place chefs talk about to go to eat,” he said. “I don’t see why it shouldn’t be but I think it may be down to its accessibility.”
Sommerin, however, sees it differently. Despite his restaurant’s closure, he contended that “these are extremely exciting times for me….Plans for my new restaurant are progressing well and my goal is to achieve a Michelin-star once it opens.”

In addition to this, the fantastic produce that’s “increasing year on year”, plus the government’s support for local produce and its ‘Wales the True Taste’ brand, have helped to promote the country’s food culture.

Though there is currently a dearth of high-quality restaurants in Wales – something that doesn’t look set to change instantly – we live in a country that has the ingredients to succeed and if Sommerin’s excitement is even somewhat representative of his contemporaries, the chefs as well.