The Michelin Guide is out – but can we afford it? 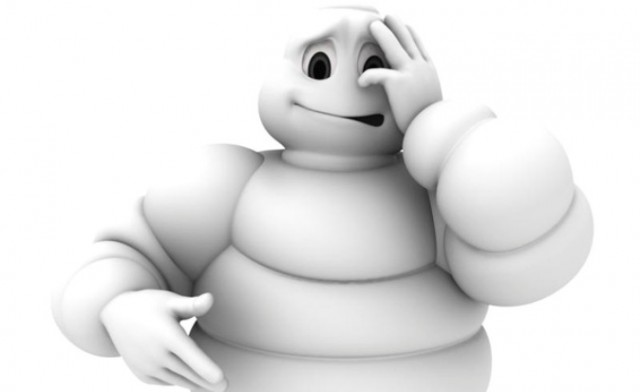 The most anticipated food event of the year has arrived unexpectedly early due to a PR stunt clumsily disguised as a technical error.

The Michelin guide, whose history dates back to the advent of the 20th century, is generally revered as the most important arbiter of good places to eat throughout the world. Despite persistent claims that the guide is flawed and has glaring omissions in its roll honour of starred restaurants, there are few within the industry who can say they pay no attention to the guide’s recommendations with any real sincerity.

(N.B. Marco Pierre White gave back his three stars in 1999, citing the fact that he was “being judged who had less knowledge than me, so what was it truly worth? I gave Michelin inspectors too much respect, and I belittled myself.”)

The guide is also perhaps the best way to highlight the disparity in eating habits of Britain’s students and the rich; according to Halifax, the average student spends £32.50 a week on food. Contrast this with a main course of turbot and chicken wings at Tom Aikens Restaurant in Chelsea costs £29 and the importance of Michelin to the average student seems negligible.

Up until recent guides, Michelin had heavily favoured restaurants with rudimentary roots in French fare, many of which consequently charge premium prices for pretentious food. But out of a transparent need to diversify its reach and quieten assertions that it is a French cuisine heavy guide, Michelin have widened their pool.

But have they made it big enough for us to join the fun?

It would be remiss to begin examining the merits of this diversification anywhere other than in and around Bangor. A fifteen minute drive to Beaumaris takes you to Cennin (Welsh for leek) whose head chef, Aled Williams, has successfully featured on the BBCs ‘Great British Menu’, as well as winning the Gordon Ramsay Scholarship in 2006. And yet, despite this, his Anglesey restaurant has so far failed to attract Michelin’s eye. Its prices, however, are sure to make yours water with mains that run from £17-£24. Anglesey is traditionally an expensive island to eat on and while its ingredients are some of the best in the Britain (Cennin’s use of Anglesey sea bass, ham hock and sea salt mean its prices are understandable) it’s probably a good idea to steer clear of some of its restaurants while you’re a student.

Bear in mind, too, that Cennin doesn’t even have a star. A sign of its quality? No. A sign that Michelin is a guide predominantly aimed at the affluent? Certainly. So if a week’s worth of shopping money can’t even buy you one course at a restaurant that isn’t deemed good enough for a star, should we just acquiesce into a world full of pot noodles, £1 pizzas and cups of tea?

Tyddyn Illan in Corwen (about an hour’s drive from Bangor), like many one and two Michelin star restaurants, serves a set lunch menu at £25.50 for three courses. Yes, that’s still an awful lot of money but if you can live with the social ignominy of not going to Peep on a Friday night, you’ll have saved up enough money to eat there. Deciding between a main dish of braised leg of chicken, tarragon cream sauce, potato pancake with girolles or that last black Sambuca really isn’t as difficult as it might seem on Wednesday at 2am.

Of course, this doesn’t alter the fact that it’s extremely difficult to justify spending such large sums of money when there are looming bills and, for lots of us, the nascent existence as a proper, oh-shit-time-to-stop-dicking-around adult; there’s also the moral reprehensibility of spending tax payer financed money on food of this cost.  But, if you really, really want to experience Michelin quality food, it isn’t wholly impossible.

Former editor of the guide, Derek Bulmer, noted a change in direction in 2008: “I detect a real movement towards simplicity and people recognising that doesn’t mean compromising on the quality of the food.” Since then, Tim Ho Wan, a dim sum restaurant in Hong Kong serving dim sum for just £5, has been awarded a star.

Back in Great Britain, Dabbous, 2012’s place-to-be, was awarded its first star; of it, head chef Oliver Dabbous said, “if you’ve stepped foot inside the restaurant, you’ll realise we aren’t concerned with ticking boxed for guide books. Nonetheless, it’s a lovely pat on the back for my incredible staff.” Even though they make the plebs pour their own wine, diners can get four courses at lunch for just £26. Their kooky, bohemian dismissal of Michelin essentials such as table cloths and flowers might seem a bit obvious to us but it does illustrate a willingness on Michelin’s behalf to embrace restaurants that don’t adhere to typically vital frivolities seen in a Michelin joint.

In spite of a slight concession towards cheaper eating, Michelin hasn’t become a libertine organisation overnight. Though there an ever increasing number of caveats that oppose its previously stodgy reputation, it is still overwhelmingly biased in favour of expensive restaurants.

If you have any aspiration to eat in one of Britain’s four 3-star restaurants, you might have to live on Morrison’s super noodles for a fair chunk of time. Lunch (undoubtedly the best time to eat in any good restaurant as the food is cheaper) at Gordon Ramsay’s flagship restaurant costs £45 for three-courses. Alain Ducasse at the Dorchester does it £55 including two glasses of wine, half a bottle of water and some frankly ridiculous background muzak on its website. The Waterside Inn’s lunch costs £59.95, whereas The Fat Duck in Bray doesn’t have a specific lunchtime menu such is its notoriety for serving lengthy, time consuming menus. Bear in mind, too, that while you’ll get all the tom twattery and amuses douches that come as part of the package, these prices are the absolute minimum; the harrowingly rancid ’discretionary 12.5% gratuity charge’ will inevitably be added to your bill.

Heston Blumenthal’s duck has just one taster menu; its price? £180. That gets you fourteen courses. Does anybody need to eat fourteen plates of food? I suppose that’s not the point.

The inhibitors of these restaurants are not of the same species that could pay three weeks rent for the same price; the only student that these restaurants could attract (not that our repeated non-attendance is of any great concern to them, it’s worth pointing out) would have to be of the disposition to guzzle up the pre-cum amuse-bouches served in these joints.

Sadly then, there are just too many days of enforced arse-freezing while sat  in your decrepit house, off sustaining a diet of spaghetti hoops and Kick, to really embrace the zenith point of Michelin’s world. So for the time being at least, if you can’t convince yourself that £25 is money well spent for a Michelin quality lunch, I’d suggest a big bread roll filled with crispy bacon, lubricated by salty butter and brown sauce instead. You don’t even have to leave LL57 for that.