The Produce of North Wales 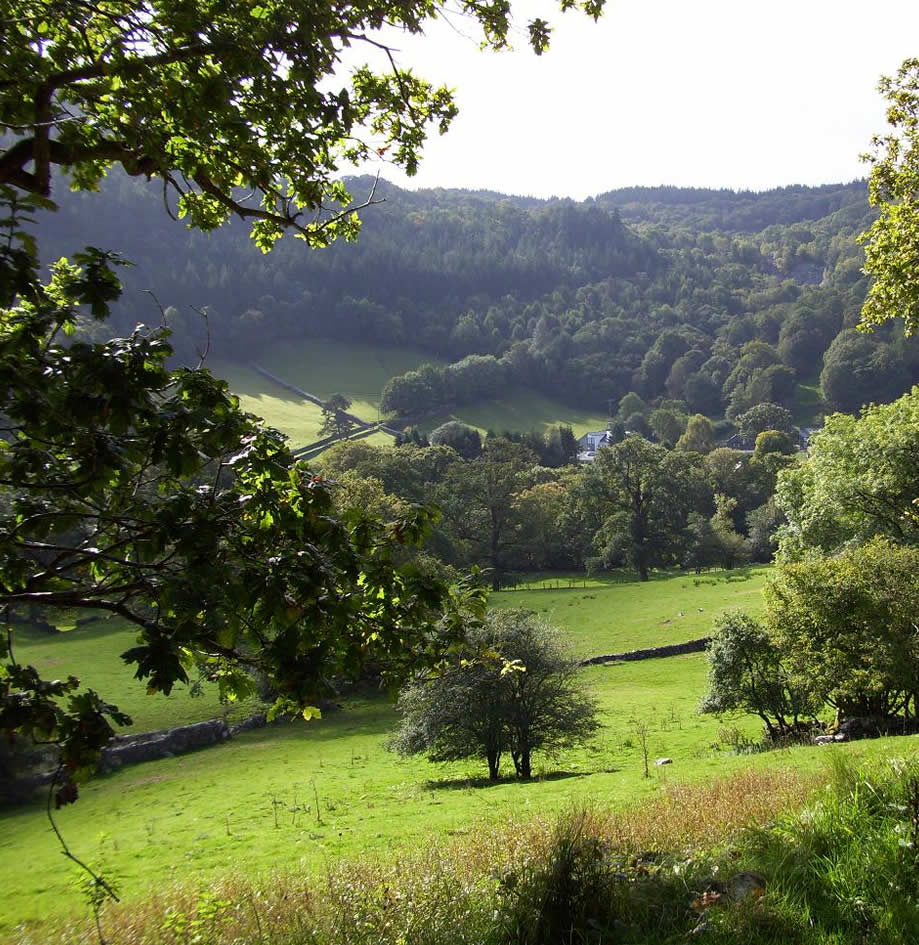 The BBC is currently running a food series, fronted by food critic Giles Coren, called Our Food. In the second episode, Coren and his investigative team travelled to North Wales, covering Welsh mountain sheep, the black cattle of Anglesey and mussels farmed on the shore of the Menai Straits.

Inspired, I decided to do some researching of my own. North Wales is pregnant with good ingredients and food heroes tirelessly working the rich yet rugged land of Snowdonia and its surrounding areas. I started my search in Anglesey and the heroic efforts of men who made the 550 mile round trip down to Smithfield Market in London, bringing legions of cattle with them. From turf to surf, and the world-renowned sea salt extracted from the shores of Anglesey, favoured by Heston Blumenthal amongst others. Foraging, a food festival in Conwy and a Llandudno smokery all combine to draw a food map of North Wales.

Yet one page in a newspaper doesn’t do the food culture of North Wales justice; there are the cockle pickers of the Dee estuary and the North Wales Brewery near Abergele, to name but a few.

The humble leek is Wales’ most famous vegetable. Legend has it that King Cadwaladyr and his soldiers were instructed by Saint David to don a leek on their helmets to identify themselves during a battle that took place in a leek field.

In Flintshire, farmer Charlie Lightbrown has 160 acres of completely naturally grown leeks – no heat coverings – that he and his team hand harvest from late July through to May.

His leeks are sold under the name The Really Welsh Trading Company, who sell their produce to Tesco and Waitrose in Wales, as well as small wholesalers.

Amongst all those leeks, Charlie and his team find the time to harvest pumpkins and cauliflower.

The island of Anglesey is home to what is widely regarded to be some of the best sea salt in the world. Heston Blumenthal uses Halen Mon in his three Michelin star restaurant, The Fat Duck. According to their website, Barack Obama of U.S president fame likes their salt which is good enough for me. They currently supply Marks and Spencer as well as the Waitrose in Menai Bridge, plus the farmers’ market held in Anglesey. It is pretty expensive in comparison to cheap table salt but by virtue of being made so locally, it’s worth the extra money.

Sea salt is actually surprisingly easy to make. All you need to do is collect some sea water, strain it through a cheese cloth (or a very fine sieve) to remove the sediment and then boil it in your largest pot, stirring occasionally, until 90% of the content has evaporated. Pour into a shallow roasting pan – it will be reminiscent of wet sand at this point – and leave uncovered for 3-5 days. Stir occasionally and the end result should (emphasis on the should) be sea salt.

Next we travel along the coast to Llandudno, home to the Llandudno Smokery. I tried some of their smoked duck breast at Blue Sky Café last year and can’t speak highly enough of it. Like the sea salt, the smokery’s produce is expensive but the following facts should be enough to convince you of its merits –

– Their smoked Anglesey sea bass was featured on ‘Something for the Weekend’ last year;

– They won silver at Wales The Taste Awards 2011 for their smoked salmon;

– They have a stall at the Anglesey farmers’ market, with smoked goods ranging from salmon to smoked sausage, from cheese to chicken.

The Conwy Feast festival will take place on the 27th and 28th October. Highlights include the Aled and Bryn Williams, as well as Hywel Jones, all of whom have represented Wales on the BBC’s ‘Great British Menu’. Bryn won the fish course round of the GBM series that celebrated the Queen’s 80th birthday; he cooked a dish of turbot with oxtail.

Aled Williams, alumni of Coleg Menai in Bangor, is currently head chef of the newly opened Cennin in Beaumaris, Anglesey.

Also in attendance is Bryan Webb, chef patron of North Wales’ only Michelin-star restaurant, Tyddyn Llan in Denbighshire. It is the highest rated restaurant in Wales according to the Good Food Guide and ranks 36th overall. A set three-course lunch there costs Ł25.50

It would be remiss to talk about food in North Wales without paying homage to the extraordinary efforts of drovers. By definition, droving is the practice of moving livestock over large distances by walking them on the hoof. These men started their journey in Anglesey and encountered trouble once they reached the Menai Strait. The stretch of water that was alluded to by Napoleon as one of the toughest to navigate in the world was crossed by the drovers and their livestock with great difficulty. They lined the water with boats in the form of an auxiliary runway and accompanied the swimming cattle across to Bangor. From there, the interminably long walks were eased a little by pig fat, or bloneg, which the drovers’ would macerate their feet in to avoid blisters; to this day, some refer to residents of Anglesey as ‘Moch Mon’ or pig men. This is mainly a reference to the islanders association with pig farming but seems resonant to the use of bloneg.

According to the Llanrwst and District Historical Society, Anglesey drovers’ carried an Anglesey Penny, a forfeit coin that they would carry in order to avoid being attacked on the road. The penny was completely worthless.

The introduction of the Welsh railway system largely brought about the end of droving in North Wales. According to the last known registry of drovers, there were 78 in Bangor and 54 in Menai Bridge.

The efforts of these men gave Wales a reputation for its meat. This has continued to the present day with Wales still producing some of the best meat in the world. In Conwy, award winning butchers Edwards of Conwy have won several awards across Europe and sell their sausages, on occasion, in Bangor’s Tesco and Morrisons.

A great, traditional recipe using Welsh beef is Lobscows, a derivative of Scouse, a meat and potato stew. Lobscows is said to be a cymrification of the Norwegian dish ‘lapskaus’, commonly eaten on ships. As North Wales was once the centre of the world for slate, the term and dish quickly became a common way of using local meat (typically beef).

The OED defines foraging as the act of searching ‘widely for food and provisions.’ Here in North Wales, you can take courses in how to forage for your own ingredients: www.originaloutdoors.co.uk offer courses for £55 that includes an overview of the laws and regulations that need to be adhered by, the availability of produce as dictated by seasons, short walks to various foraging points and finally, the preparation and eating of your catch.

The Menai Strait is a great, if demanding place to start. The Guardian ran an article three years ago, documenting the experiences of one of their reporters, a large bucket with mussels, cockles, clams, winkles, whelks and oysters being the ultimate reward. Before you go rushing in, contact a local fisherman for advice on when to go. Foraging on the Menai Strait is legal but double-check if you plan on going.

Alternatively, use one of the many oyster and seafood purveyors on Anglesey instead.

There are a number of farmers markets that happen all over North Wales, many of which sell the produce described here. The Anglesey Farmers’ Market is the closest; it runs every third Saturday from 10am at David Hughes Secondary School. ItŐs quite small but sells Welsh lamb, chocolates made in Wales as well as goods from the Llandudno Smokery.

In Llandudno Junction, there’s a farmers’ market on the last Wednesday of every month from 9am at the Conwy RSPB Reserve.

Elsewhere, Pwllheli hosts a market from 10am on the first Saturday of each month at the Glasfryn Farm Shop and in Dolgellau, there’s a market on the third Sunday of the month in Eldon Square, starting at 10am.