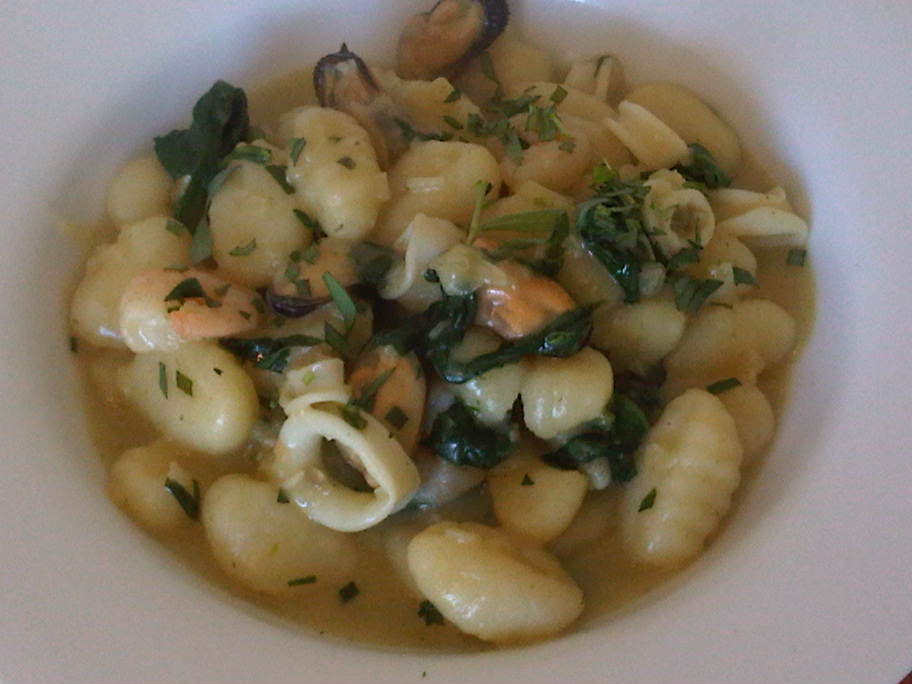 Gnocchi are little potato dumplings, whose name supposedly derives from the Italian word ‘nocchio’, meaning a knot in wood.

Nocchio is also credited by some for being behind the character Pinocchio, but given his propensity to lie, such trivia should be taken with a pinch of salt.

Gnocchi was first introduced to Europe by the Romans and has since been adapted by various cultures, including Italy, Poland and Croatia. The Roman gnocchi was actually drastically different to the ubiquitous, manufactured dumpling found today; they favoured semolina based dough mixed with eggs, unlike the modern day potato recipe. Gnocchi is available in most supermarkets now and is relatively cheap.

How to make your own gnocchi

If you’d like to make your own gnocchi, boil 500g of peeled and diced new potatoes (in season right now) until tender then drain well. Mash thoroughly to get as smooth a texture as possible before seasoning with salt (soft herbs – basil, dill etc. – are a great addition at this point, just make sure they’re finely chopped) and adding 200g of plain flour. Using your hands, knead the mixture together to form a ball of dough. Knead for a few minutes before rolling out into a thin sausage shape (about 1cm thick) and cut into 2cm long pieces. Cook as instructed in the recipe.

Heat a frying pan on a medium heat and gently sweat the onion and garlic in oil until translucent. Meanwhile, boil a kettle and transfer 25ml to the stock cube and dissolve. Put the remainder in a saucepan with a good pinch of salt and bring up to a simmer. Add your stock to the onion and garlic mix and gently boil until the quantity has reduced by half. Add in your seafood and spinach. Put a lid on the pan and leave until the spinach has wilted and the seafood warmed through.

Add your gnocchi to the water. They’re cooked once they float back to the surface of the water. Using a slotted spoon, transfer the gnocchi to the seafood mix and pour in the yogurt. Season with the herbs, a big squeeze of lemon and a grind of pepper before serving. 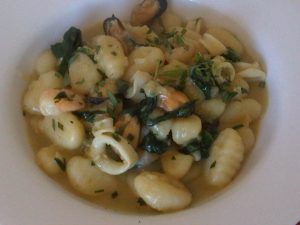