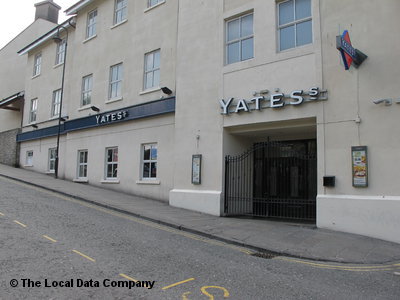 With the news this week that Yates’s was closed for refurbishment, Seren went down to check out exactly what would be changing, when it would be reopening and what deals we can expect before Christmas and in the new year.

It had been a little while since I last graced Yates and aside from the general décor, quite a lot had changed. Firstly the menu had undergone a bit of a revamp and there appeared to be much more variety than on previous visits. The staff were very pleasant and cheerful, but most of all Yates’s was heaving.

Despite having the demands of a full pub, the chef’s had my food cooked and served in less than 15 minutes and both the lasagne and chilli tested by my party were very good. I was pleased to discover that as it was a Monday I could experience ‘Monday Madness’ and have a meal for £1.99 which obviously appealed to my student pocket, and that desserts were two for one. Not bad, especially towards the end of the year when the budget gets tighter and we switch up cheap wine for even cheaper wine and pub crawls to pre-drinking, so in that respect I can’t really fault it.

It wasn’t all good with Yates’s though. At the time of print (pre-refurb), Yates’s toilets were more than off putting and there definitely wasn’t enough light. However, as this issue goes to print, Yates’s is undergoing £50,000 worth of refurbishment, which is to include scrubbing the toilets and inserting a few more light bulbs. Mainly though, the refurb is also set to give the student friendly pub a fresh new look and more vibrant atmosphere and we are glad to hear it. The manager told us that we could expect more seating and snazzy new décor and he even tried to sell us a Barry card – the Yates equivalent of student discount apparently.

All in all my visit was a resounding success and I would definitely go back, mainly for the food but partly to nosy at the sparkling new toilets. It’s no pretentious, over-priced restaurant but suits the student pocket, earning it the Seren student stamp of approval this month.