I cannot speak for anyone but myself, but few things make me feel as powerful as not only wearing a great autumnal fit but combining said ensemble with the perfect hat. And, while I’m a fan of a good snapback or a cute bucket hat, any true hat lover will have to admit that we’re standing on the shoulders of giants.

Looking into the past, the abundance of amazingly iconic hats that have been popularised in different times becomes apparent. I’m here to show you how to make use of the wisdom of those that came before us and rock the hell out of some timeless hats. 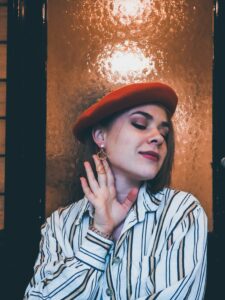 A staple of the wardrobes of cigarette-smoking “soft bois” and ironically self-aware art students alike, berets have been mass-manufactured since the 19th Century and stem from France and Spain. The beret´s use as part of military uniforms has also made it popular in various political groups and subcultures. 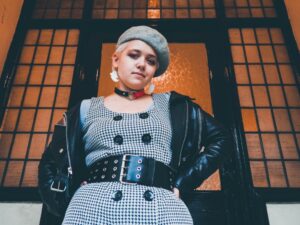 For an artsy, alternative vibe, combine a colourful beret with a quirky pair of earrings and chic blouse. Alternatively, lean into the edgy side of the beret and pair it with a leather jacket, fishnets and heavy boots for a tougher look.

The Flat Cap originated in Great Britain and Ireland and can be traced back to the 14th – Century, but the style is also associated with North American city Newsboys.

This style is, of course, now more associated with older men, so instead of trying to work against that vibe, lean into it: go for a layered look, try out some second-hand clothes, like a sweater or maybe even a sweater vest and embrace your inner grandpa. 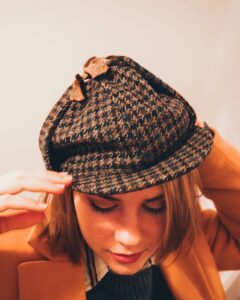 Originally made for a variety of rural activities, most notably hunting as the name suggests, we´re most familiar with this peculiar headgear in association with Sherlock Holmes. While the gentleman in question was never explicitly described as sporting one of these, early illustrations and adaptions of the character established the now-iconic look.

If you do happen to find or inherit an old deerstalker hat (or if you´re willing to buy one), rejoice! The old accessory may just be what you need to give your classy outfit that something special, and make you look like one smart cookie.

Now, due to the eccentricity of the hat itself, give it space to stand in the spotlight. The rest of the outfit should be held simple in terms of silhouette and patterns; either try to stick with the colours of the hat or build a cohesive colour story around them. Try to avoid t-shirts and overly casual shoes. 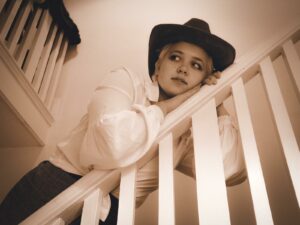 I am well aware that Halloween is now behind us, but the cowboy hat is chiefly one of the most underrated hats for day-to-day wear (possibly only overshadowed by the tragically forgotten next entry on this list). Rural Americans, Canadians and Mexicans are to be envied, getting to wear one of these bad boys without anyone batting an eye.

This hat may run a high risk of looking like part of a costume (not that there´s anything inherently wrong with that) so try to incorporate the hat into an otherwise relatively modern look. Maybe go for a skirt/blouse combo or wear with a t-shirt and a cool jacket. Don’t be afraid to include fun references to your cowboy vibe if you´re feeling it though!

The bonnet is perhaps the hat on this list least represented in contemporary streetwear, and that is a damn shame. Fans of the worlds of Jane Austen and the Brontë sisters will know that there is nothing quite like the fantasy of clutching onto your bonnet lest it flies away while you´re running through a field, determined to finally confess your undying affection to your beloved (can´t just be me, right?).

Historical accuracy is not the crucial thing here; we´re not re-enactors, we´re fashionistas. That being said, a hat this uncommon has to be styled carefully. I would advise sticking to classic styles: dresses, cardigans and long coats of natural fabrics, subtle makeup, etc.

Personally, I´ve fallen in love with the Regency-inspired bonnets at GownsandGlory on Etsy. Tread with caution, though: some of their other pieces might steal your heart as well.