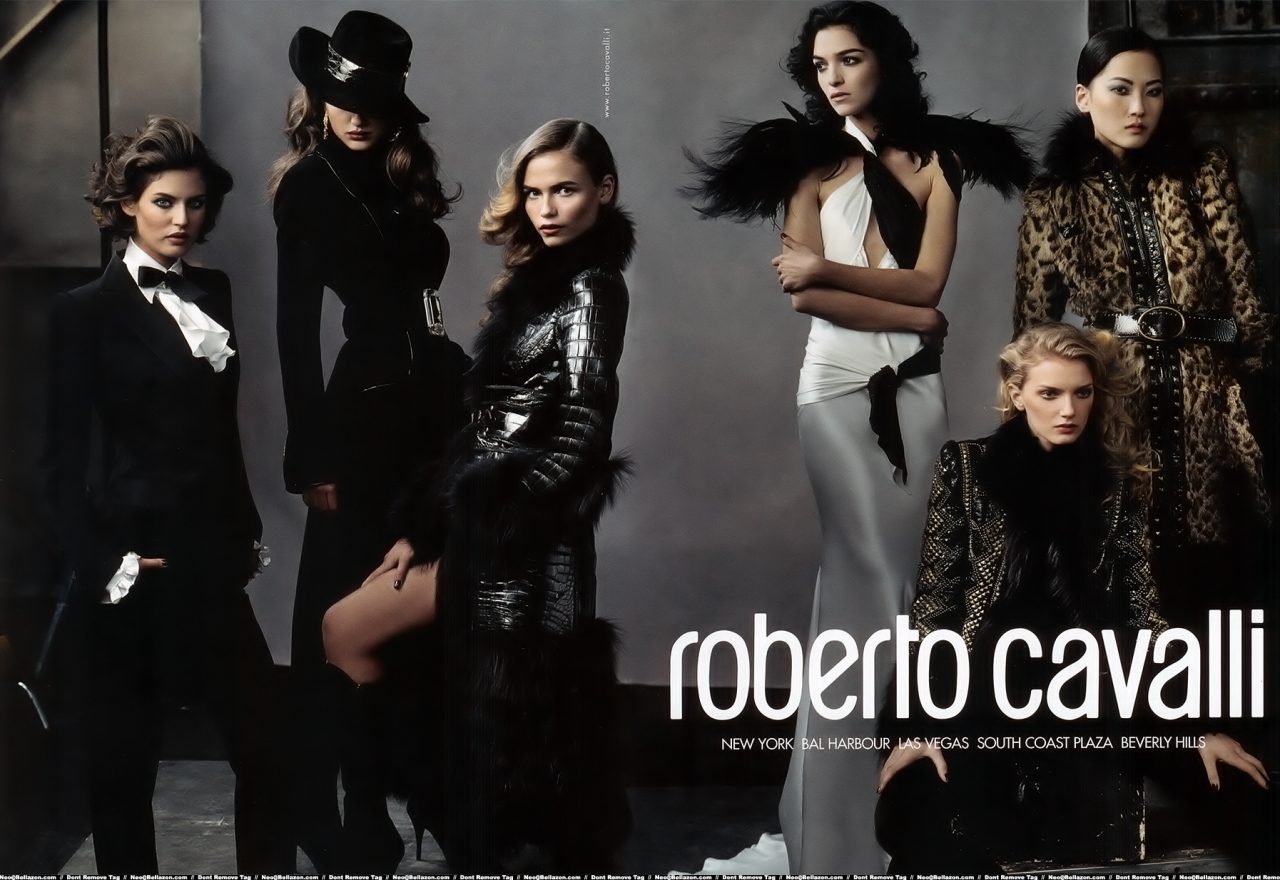 Roberto Cavalli is an Italian fashion designer best known for the enchanting mix of bold prints in his fashion line, as well as being the first designer to create the sand-blasted effect on jeans and printing on leather.

Cavalli rose to fame after he presented his first collection of printed leather gowns to the fashion world in 1970. Mario Valentino, known as the key designer of Italian leather at the time, thought that Cavalli’s new printing technique was “fantastic!” This revolutionary idea of making evening gowns out of leather made him stand out from other designers, and he was soon given commissions from fashion houses such as Hermès.

During this decade Cavalli also opened his first boutique in Saint Tropez called Limbo, foreseeing the idyllic fishing village’s potential as a hotspot for the rich and famous. His regulars included Sophia Loren, Brigitte Bardot and Countess Consuelo Crespi.

But this wild idea of printing on leather was not at first wholly successful, it being so new and unusual in the fashion world. So Cavalli focussed on creating a line of jeans with an edge.

The designer struggled in the 1980’s, an era which was dominated by the fashion trend of minimalism, of subdued colours, and shoulder pads. His bright exotic designs struggled during this minimalist decade but he soon rose again as the king of excess in fashion during the 1990’s.

In the 1990’s the designer had the idea of creating sand-blasted jeans. This was the first time the effect had been used and this brought great diversity to the denim market. As well as the sand-blasted effect, Cavalli also developed denim with cutting edge styles and his love of prints, as he printed designs such as snakes, flowers and leopard print on his denim which was a roaring success.

The designer’s work has attracted many celebrities and pop stars such as Jennifer Lopez and Shakira, who commissioned Cavalli to design their stage outfits for their world tours. He has also designed dresses for Victoria Beckham, Madonna, Beyoncé, Megan Fox and Kate Hudson. Celebrities have described his work as: “A walk on the wild side”, his dresses plunging perilously low in the neckline and sculpted tight to create an enviable figure, which was of course adorned with prints of nature and animal design which are the signature of Cavalli.

As well as creating a fashion empire, Cavalli extended his talent to making furniture, perfume and even vodka. Recently he celebrated over forty years of being in fashion. When he was asked if he is thinking of retiring, he exclaimed: “Fashion is in my blood – I could never tire of it”.

Roberto Cavalli has contributed greatly to the fashion world with his love of extravagance, beauty and nature.  The western world fell in love with his printed designs on leather, velvet, suede and denim. He will always be known as the designer who dared to be different and it is this unique quality which defines him in the world of fashion.