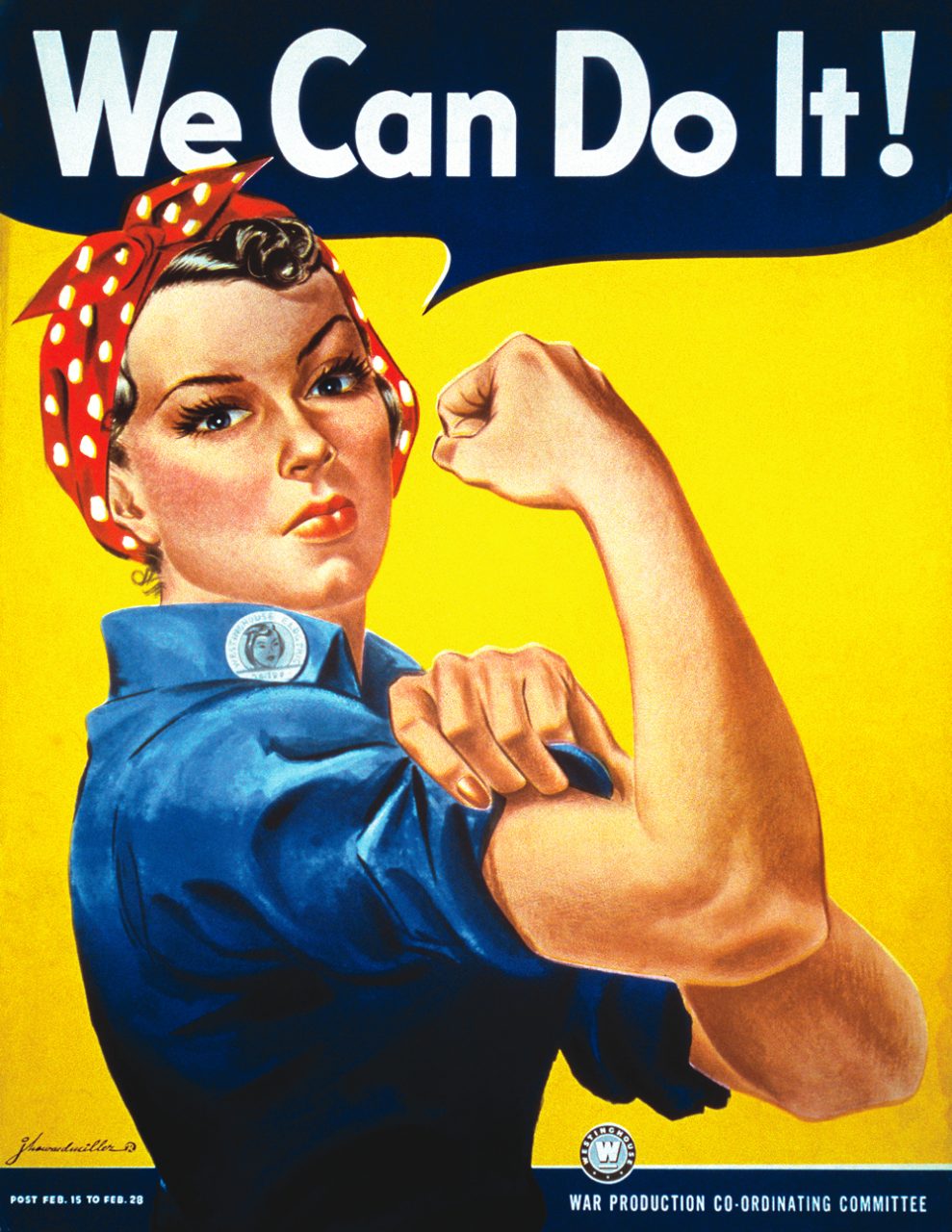 The earth shattering impact of both World Wars changed peoples’ lives forever and one of the most subtle ways it did so was how it dramatically revolutionised the course of women’s fashion. The First World War brought many life-altering changes ranging from the birth of British Vogue in 1916 to the birth of the Chanel brand as Coco Chanel opens her first Parisian store by the end of the war in 1918. The First World War not only liberated women from the strict confines of corsets and long, impractical hemlines, but also from the confines of the home.

The First World War created a new ideal that sparked a different war that continued even after armistice had been declared in 1918 as the liberation of women led to the Flapper movement in the 1920s. Inspired by freedom of the more practical shorter hemlines of skirts and loose fitting styles that became popular during the war as women adopted them out of necessity to do the different types of jobs that had opened up to them from the absence of the men. One key example was the women who joined the Women’s Land Army who popularised trousers which were considered taboo for women in pre-war society; even for those women who were already out working.

Fashion reflected how women in both wars stepped and combatted the hardships of war and it was perhaps how they navigated the strict rationing laws that best reflected this. After the excess and luxury that was displayed in fashion in previous years it could definitely be claimed that rationing could have been fashion’s biggest enemy.

Instead, fashion adapted and flourished. Proof of this can be found at one of fashion’s biggest institutions. Vogue, created British Vogue in 1916 as an answer to the evident problem Vogue found as Condé Nast, Vogue’s publisher, had to deal with restrictions on overseas shipping as well as paper shortages in America. Therefore, managing to bring in a major step forward for British fashion as before Britain had to endure long waits to receive advice from the fashion bible sent from its’ publishers in the United States.

Furthermore so, it was Vogue in WW2 who helped women follow the government rationing guides and abide by the patriotic motto “Make do and Mend!” The “Make do and Mend” motto meant that people passed old clothes to family and friends that needed them and either repaired of changed them into a completely different item altogether.

The two World Wars helped bring great social change for both women and society in general and fashion can be used as a great social tool for us to chart a timeline those dramatic changes as it can easily be spotted in the something as subtle as changing of hemlines.