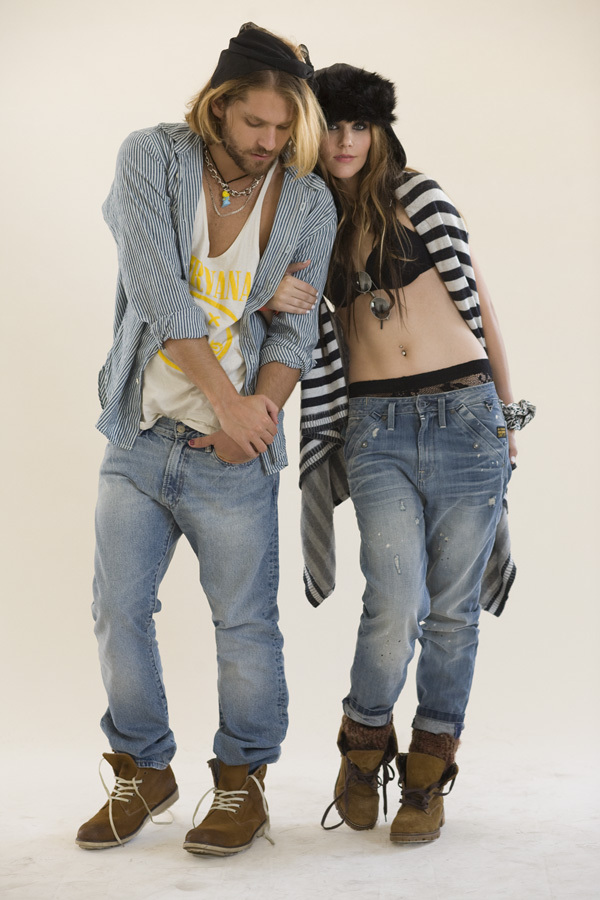 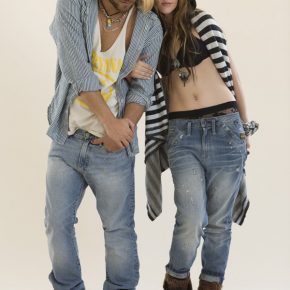 Flannel shirts, ripped up jeans and a generally dishevelled, “couldn’t care less” kind of look characterised the 90s grunge trend, which started with the Seattle music scene, with bands like Nirvana and Peal Jam, before moving into the mainstream, as fashion trends are wont to do. For women, long skirts worn with heavy workboots or Chuck Taylors, band t-shirts, long, centre-parted hair and the ubiquitous flannel shirt tied around the waist were de rigueur. 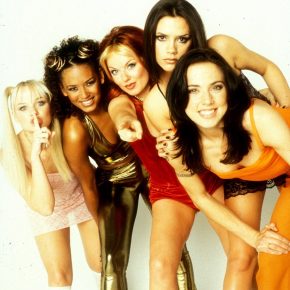 The Spice Girls were single-handedly responsible for the popularity of huge, clumpy platform shoes and platform sneakers during the 90s.

These were dark days for fashion: a time when it suddenly became acceptable to wear a Union Jack Flag as a dress or wear your hair in pigtails, even although you were in your twenties. The sportswear look favoured by Mel B, and the “posh” mini dresses and heels worn by Victoria Beckham, formed other branches of this 90s fashion trend, but whichever Spice Girl you chose to be (we always preferred Victoria, just FYI), it was almost guaranteed to be bad. 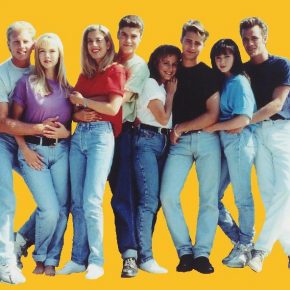 The original 90210 (or Beverly Hills 90210, to give it its full title) exemplifies everything that was wrong with 90s fashion, as you can see from the shot above. Are you getting that high-waisted jeans were big? And that they were tapered? And were possibly the least flattering things EVER, other than the platform boots mentioned above? Body suits, hair scrunchies (still going strong after the 80s), fringes (bangs) which stood straight up from the forehead and were held there by hairspray, and little boxy jackets worn with mini skirts also all made appearances on the show, and in the closets of women everywhere. 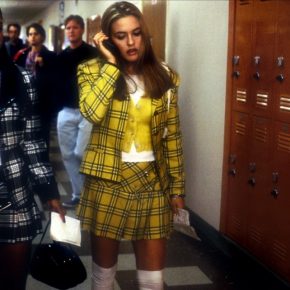 If you were in your teens or early 20s in the 90s, chances are you watched Clueless and lusted after Cher’s amazing revolving closet – and possibly the clothes in it, too. Think plaid mini skirts, over-the-knee socks and preppy little blazers and hair bands for daytime (Cher was working this look long before Blair Waldorf came on the scene), giving way to tight little bodycon dresses (Calvin Klein or Alaia, who’s “like, a totally important designer!”) for night. Don’t forget the feather boa.