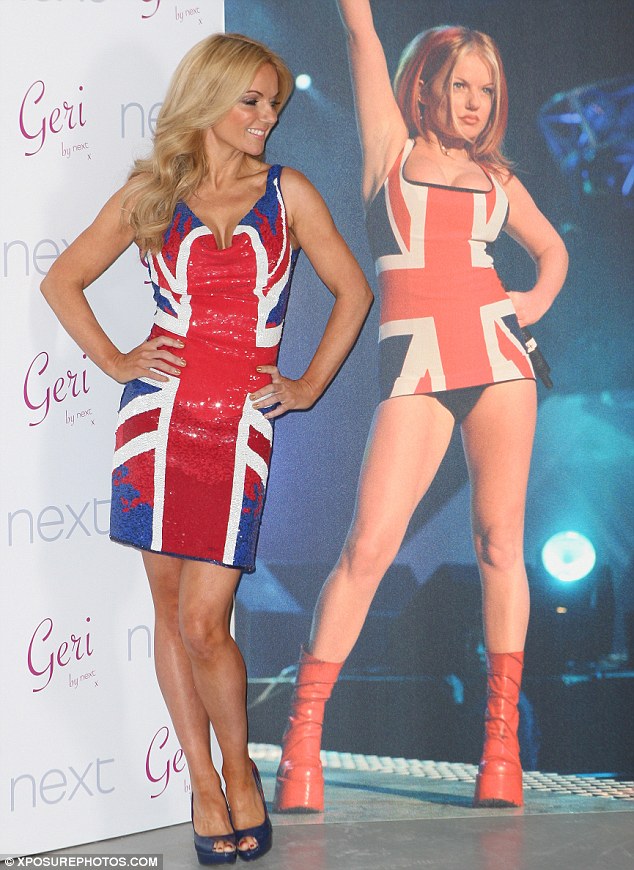 Our second fave Spice Girl Geri Halliwell has unveiled just the thing for any young wannabes – a range of Union flag outfits. The singer – whose appearance in a red, white and blue mini-dress at the Brit Awards in 1997 became an enduring image of Cool Britannia – has created the gear for her latest Next collection. The 39-year-old showed off dresses, bikinis and tops emblazoned with the flag image. The chart star, who scored a string of hits as Ginger Spice with the feisty girl group, donned a sequined dress herself as she launched the designs.

But her just-above-knee outfit was far more modest than the one she wore at the height of Spicemania, which was so short it showed off her black pants. Halliwell said that her original dress had humble origins. “I originally made the first one out of a tea towel for my Brits performance in 1997, and since then it has re-emerged,” she said.

“I think this dress has definitely become iconic and I’m proud to say that – and equally it celebrates Britain and I can’t think of a better time to celebrate Britain.” 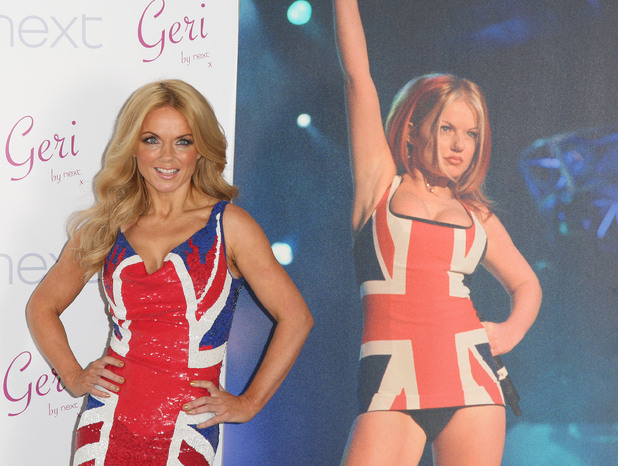