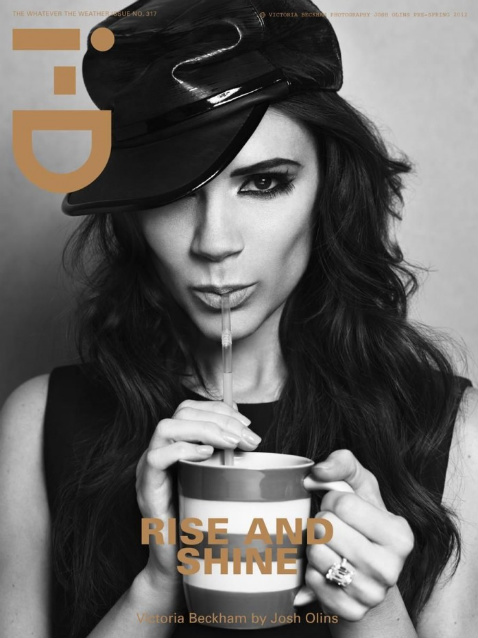 Victoria Beckham sure is making the indie fashion magazine cover rounds lately. Just a week after her March Numéro Tokyo cover was revealed, here she is wearing her own line on the cover of iD‘s “Whatever The Weather Issue.” And she looks ah-mazing.

In addition to looking hotter than anyone who recently gave birth should, she talks to the glossy about her clothing lines and the dress silhouette she says stemmed from her own insecurities with her body.
The fact that Victoria Beckham has ever had an insecurities about her body is mind-boggling, but also makes her seem more of a real person. Also, she apparently dishes on her super chic baby Harper in the magazine.