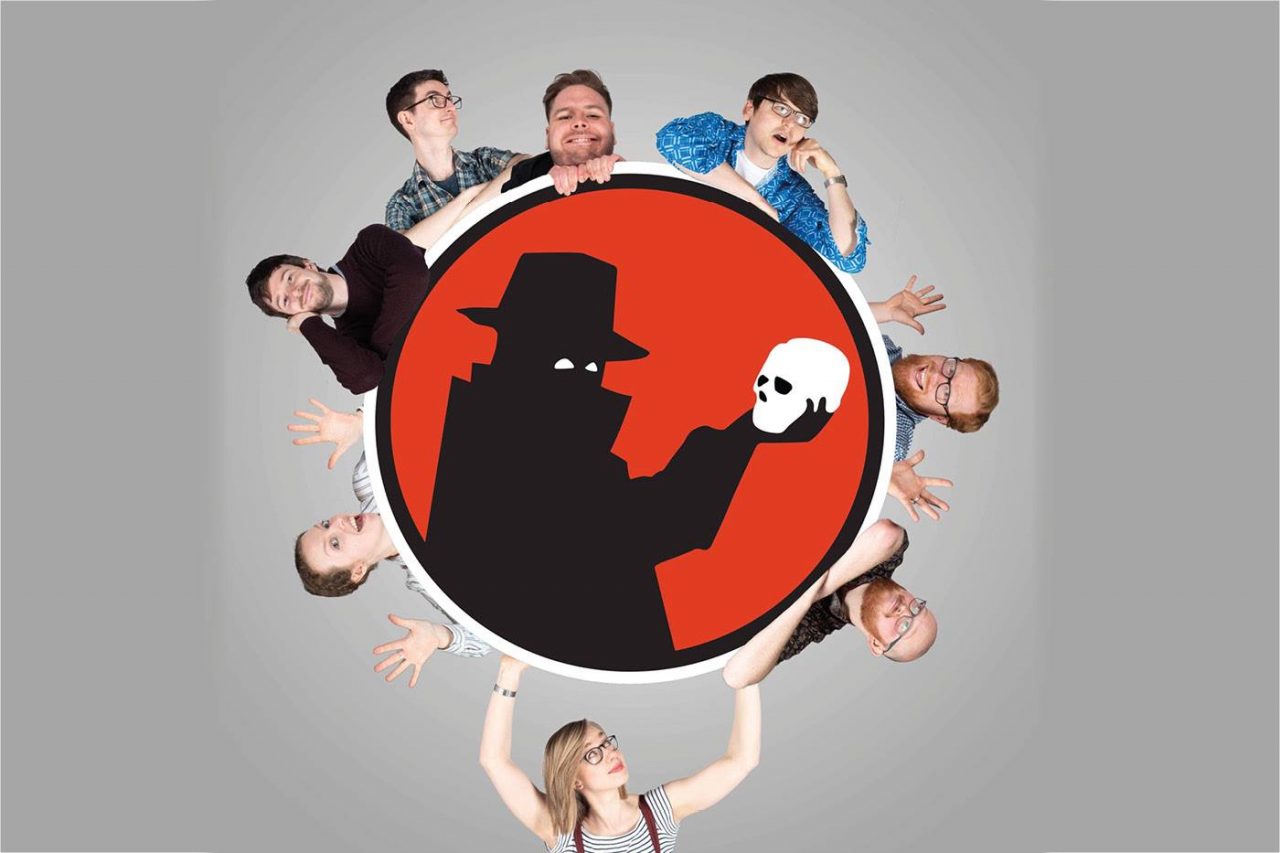 Thespianage in Pontio: An Interview with Antony Butcher

We’ve talked with Antony Butcher, Bangor alumni, SU President 2012-14, and member of Thespianage Productions, a comedy group based in Manchester who regularly rehearse and perform Improv, Stand-up and Sketch comedy.

Thespianage is performing in Pontio on the 19th November for a 10-year anniversary of the Bangor University Comedy Society, where most members, including Antony, met and performed.

We’ve talked about how it feels to come back after so long, how Antony joined the Comedy Society, and about how Thespianage started.

Tickets for the show can be found here.

It’s been 10 years of Bangor Comedy. How does it feel now that so much time has passed?

It’s just astonishing! It doesn’t seem like more than 3 years that I was first driving through Bangor to collect my keys. So much has changed since then – the SU has gone and come back, St Mary’s Site has been rebuilt, Normal site was closed – but then so much has stayed the same (like the Main Arts building which is one of my favourite things about Bangor).

The Uni and the SU must have been very different back then. Where was the SU?

The old Students’ Union building was knocked down in 2010 and we didn’t have a purpose built building until Pontio was completed so the SU was in the Oswald’s building behind the Fridd site. The old SU building was a really great 1960’s building with a curved lounge but it was starting to become unaffordable.

How was student life back then?

Probably similar in lots of ways – it involved lots of walking up hills, lots of rain, and it was when the Government was planning to introduce £9k fees and so there was a lot of student activism. Much like today there wasn’t much nightlife in Bangor so if you wanted to have a good time you had to do it yourself – which might be seen as a bad thing but honestly it’s one of my favourite things about the University. It made you speak to new people and try new things.

How was Bangor Comedy back then?

When I first joined we only did improv comedy and we had never performed a show. We met in the Greek every Wednesday and went to the BV afterwards. When we did our first show back in 2009 we were all so nervous – there wasn’t really a comedy scene in Bangor and we had no idea how the show would go. I remember one of our performers turned green – I’ve never seen that before!

How did you join Comedy?

I was looking for the drama societies and came across Rory who had set up the Improv Comedy Society (as it was called then). He had better sweets and so I signed up there and then!

Tell us about how Thespianage Comedy started.

We’d had a great time in the Comedy Society, so after graduation a group of ex-members formed a sketch group to take a show to the Edinburgh Fringe. That went really well so they took a show up the next year – when I joined to run all the tech – and after that we started playing around with improv comedy again. Since then we have started re-doing regular shows in central Manchester.

What are your highlights of Thespianage?

Honestly the best thing is staying in touch with a group of lovely people who helped make my time at Bangor so great. That being said, it’s really special to be part of a show at the Edinburgh Fringe, and our last Christmas show in a full theatre in Manchester was really great, retelling “A Christmas Carol” with lots of improv games to create a new storyline. Who knew that the Very Hungry Caterpillar was a creation of Dickens!

What can we expect from your show in Pontio?

Who knows! Everything that we do is based on audience suggestions and so we have no idea what scenes we’re going to end up doing! But what we do know is that it will be quick paced, quirky, and that I’ll probably end up injuring myself as I throw myself around the stage. We’ve been working together for a decade now and so we have lots of fun together on stage. Over the years we’ve done everything from a baby Giraffe being born to stealing the crown jewels in a room with rising water. Every show is unique!

There’s a game called ‘Murder Mystery’ which is a guessing game based on Charades, where one person has to pass on information to another about a fictional murder, miming who, how, and where. This person then has to mime it on to a 3rd, and they pass it on to a 4th who has to try and guess the answers. It’s organised chaos and I’m not sure I’ve ever seen the 4th person get all three right.

You were president of Undeb Bangor between 2012-14. Tell us about your time!

Being a sabbatical officer is a really weird experience – one day you’re a student and the next day you’re helping to run a charity that turns over a million pounds a year and speaking out on behalf of all of the students in Bangor. It’s challenging – you can’t do everything and you can’t please everyone – but it was a great time and it really helped me develop as a person. Every day was different – one day you’d be visiting a society, the next you’re making a flashmob garden out of old Christmas trees, and the next day your meeting with the VC to discuss the University’s financial situation.

What were the highlights?

Oh – so many things! I was behind the campaign for a 24 hour library so that was a big win. I also helped to set up the Heroes scheme to help new students move in and it’s great to see that is still going. But there were lots of other great things – whilst I was an officer the Union did some really great localised academic campaigning, we helped design the new St. Mary’s Hall site with students who lived at the old Normal Site halls. I spoke to over 1000 student representatives at conferences, spoke to senior academics in London, and I was involved in a campaign to commit to make the campus much more accessible.

Only at home! It’s only recently that Bangor has managed to beat Aber away (something I like to remind friends from Aber of!) Bangor Comedy took on Aber’s Comedy Society twice in a series of judged competitive improve – but each time we were robbed. I’m still sure the judges were biased!

What advice would you give to students during their time here?

In the immortal words of Shakira: “Try Everything”. Going to University is such an amazing experience to try new things, meet new people, and be whoever you want to be. The time you spend in Bangor – the skills you develop, the experiences you have, the friends you make – will stay with you for the rest of your life. But at the same time, remember that you can’t do everything. The media tells us that if we’re not captain of the cheerleading squad by the end of our first year we’re failing at University – but that’s just bull. We all have bad days and bad weeks – it’s important to make sure that you’ve got time for yourself. Sure, you’re here to graduate and get the obligatory pictures of you in a funny hat – but I’d argue that learning how to be an independent adult is far more important.