REVIEW: Green Man Festival 2016 – A vibrant culmination of the most endearing festival traits 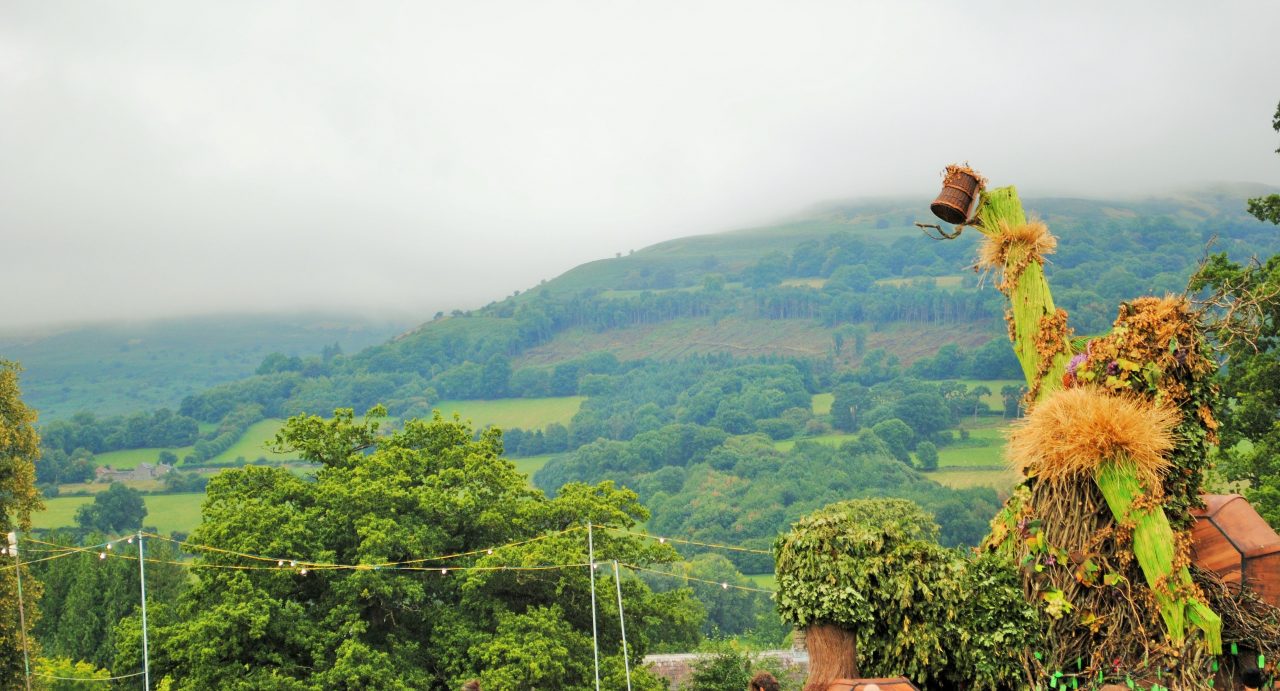 Looking into the beams of sunlight piercing through the Far Out tent towards the frothy, cumbersome clouds nestling up against the picturesque Brecon Beacons. Kevin Morby remarked: “It’s like playing inside a womb!” A peculiar statement, but I couldn’t help but feel some of its sentiment was rather apt. The whole festival is rife with a sweeping brotherly comradery. A profound aura of acceptance that swallows festival veterans, families and millennial neo-hippies alike in the grandeur of the Welsh countryside.

Dissimilar to the likes of Latitude Festival – where the family emphasis is glaring – Green Man falls just on the right side of family friendly. It’s a festival that facilitates families as opposed to a festival that’s outright engineered for them. Strolling into my first Latitude I distinctly remember feeling as if I’d crudely hijacked a birthday party at Wacky Warehouse. That sense didn’t re-emerge at Green Man. There’s a subconscious consensus that, first and foremost, this is a proper festival. That means embracing all the mud traipsing, tent flooding goodness that goes with it. 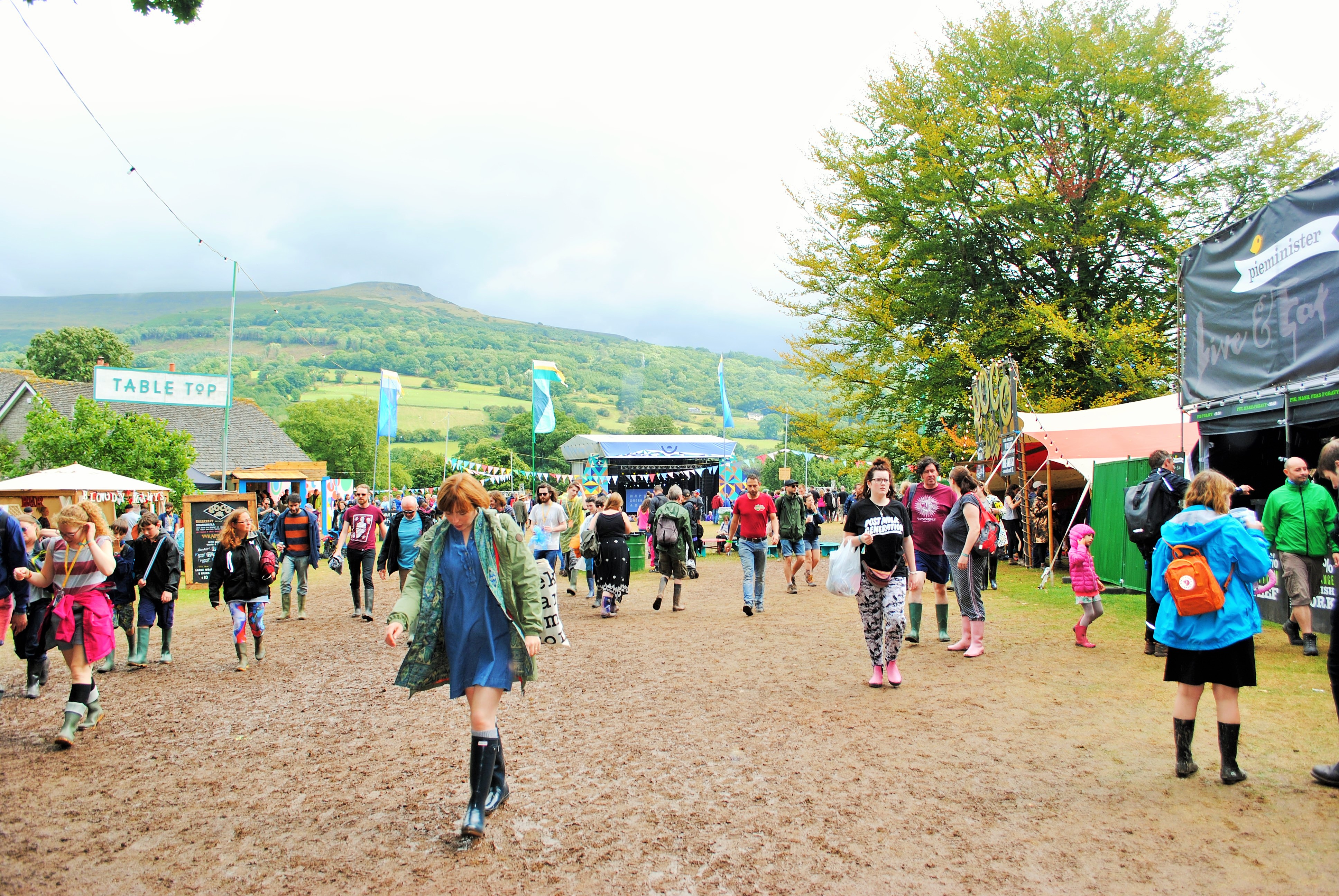 Don’t assume that it’s a festival for the experienced though. The atmosphere is ideal for a festival newbie. It’s passionate but not frenzied.  Relaxed but not bland. In fact, Green Man is the genuine home to a true balance of everything that makes festivals so magnificent. All on a cosy site where directions are a doddle and the same familiar faces keep cropping up.

Speaking of familiar faces, headliners James Blake and Laura Marling have both graced the elegant setting of Green Man before. This time round they ascend to the top of a bill bringing a rich abundance of indie, electronica and folk unrelenting in quality.

Agonising as they are, clashes – more often than not – are the symbol of a stellar line-up. And there were quite a few significant ones. For example, California rockers Grandaddy clashing with Belle & Sebastian’s exuberant Sunday bash gave me a painstaking decision to make. However, it’s testament to the sheer wealth of acts the line-up has to offer.

Glanusk Park’s wet weekend came much like a wave, soothingly mounting on the Friday, thrusting forward on the Saturday and crashing in an array of vivid sound on the Sunday.

Launching the opening day were Oliver Coates’ rousing beats overwhelmed by majestic Cello. Later on, the resonant wails of Julianna Barwick coated her in a dazing smokescreen of emotion. Evening approached and the intensity started to bubble fiercely in the form of Kamasi Washington’s unhindered jazz trance. Let’s not forget the Walled Garden stage, an enclosed bliss which featured back to back gems in synthstress Kelly Lee Owens and eccentric frontman Wesley Gonzalez.

As night fell, a horde of festival goers lay in anticipation for the minimalist delights of James Blake. Although a real coup was late announcement Golden Fable who adorned the Rising Stage with saintly folk vibes to counter the harrowing jet black shadows of the Welsh mountains. A composed start to a perfect festival. 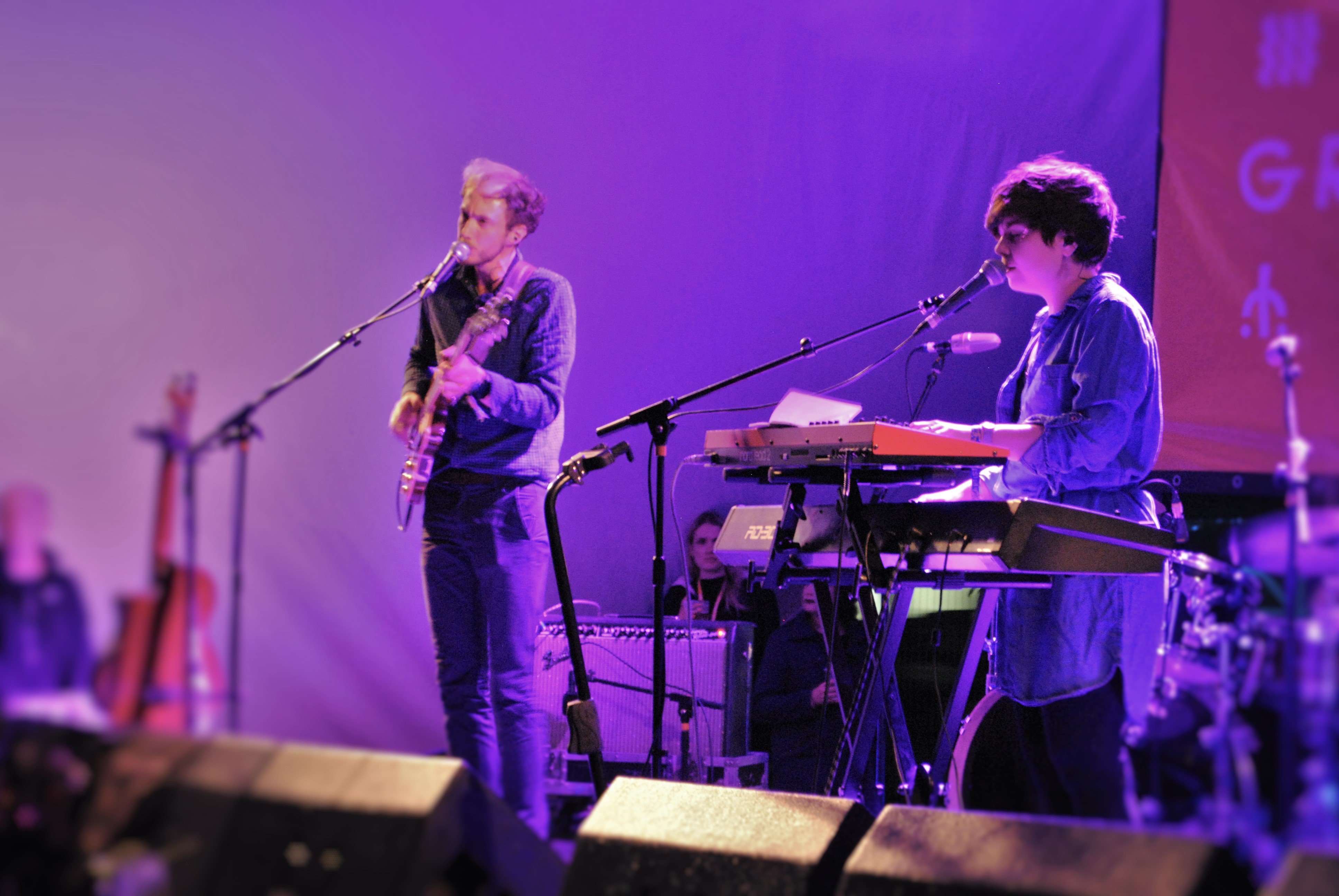 A showery Saturday opened strongly with Nordic tales in the Walled Garden as female trio I See Rivers echoed images of rural landscapes through drifting folk melodies. The same venue later showcased animated indie rockers BC Camplight along with the mellow finger-picking guitars of The Weather Station. Honestly, you could stay in this place from first act to last and come away with a bounty of highlights; whoever is booking these bands deserves a knighthood.

On the Mountain Stage, a notable mention for Claire Maguire who was brought to tears by an unsurprisingly thoughtful Green Man crowd. It came after being showered in adoration during what was evidently an earnest, heartening and cathartic performance for the singer-songwriter.

The final day proved to be a hectic one with a merciless streak of unmissable artists peppered across various stages. It had me in a Benny Hill-esque dash from Whitney’s sun soaked indie rhythms to Julia Holter’s classical influenced chamber pop. Then scurrying over to Unknown Mortal Orchestra only to find lead singer, Ruban Nielson, opting for a quick career change. He was finished with the musician lifestyle and decided to get back to his first love: climbing. Specifically, the stage’s scaffolding. A truly mad conclusion to a marvellous set list of acid induced psych.

Surely this was an astounding stunt that couldn’t possibly be topped? Well, Belle & Sebastian had other ideas.

The Glaswegian headliners brought the festival to an enchanting close, captivating hardcore fans as well as an entirely new generation of music lovers. The ensemble’s brand of 60’s infused folk-pop is clearly timeless as every track triggered pockets of jovial prancing. It halted only for the delicate tune of Piazza, New York Catcher, a quirky love song that silenced all. After inviting a handful of audience members onto the stage earlier in the show, a cheery Stuart Murdoch thought he’d get the crowd involved yet again. I doubt he predicted what was coming. The boogying figure of what appeared to be someone donning a hi-vis jacket – steward or otherwise – seemed to be the catalyst. All order collapsed as a sea of bodies clambered on stage to join the surreal party. 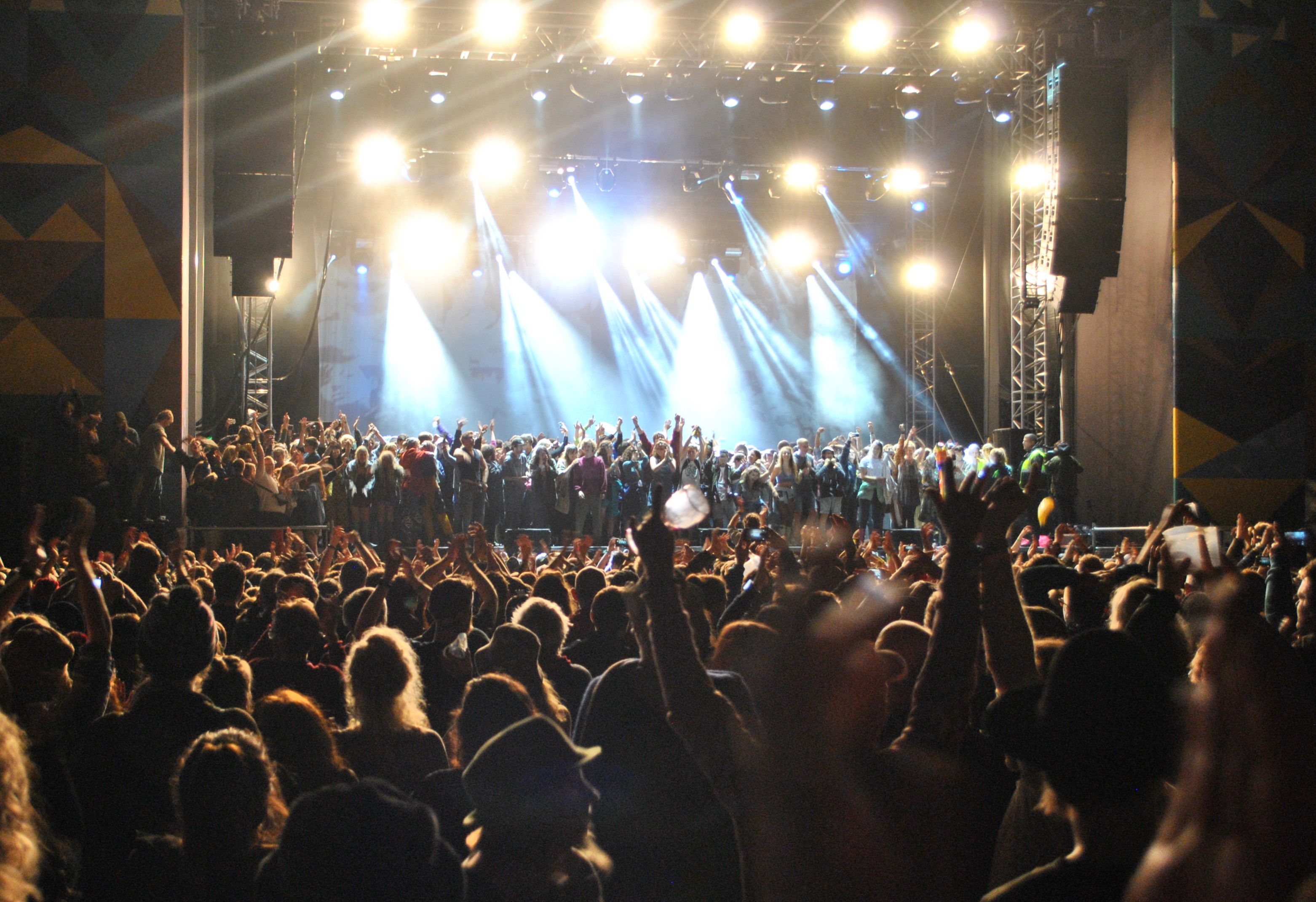 A beautiful moment where artists and admirers rubbed shoulders, dancing as one. A moment which epitomised the festival. No egos. No judgement. Just music. Just love.

Green Man is an escapist’s vision of a musical and social utopia. One mystical weekend of collective harmony that shines in a year otherwise full of unscrupulous political twaddle.

No other festival comes close.