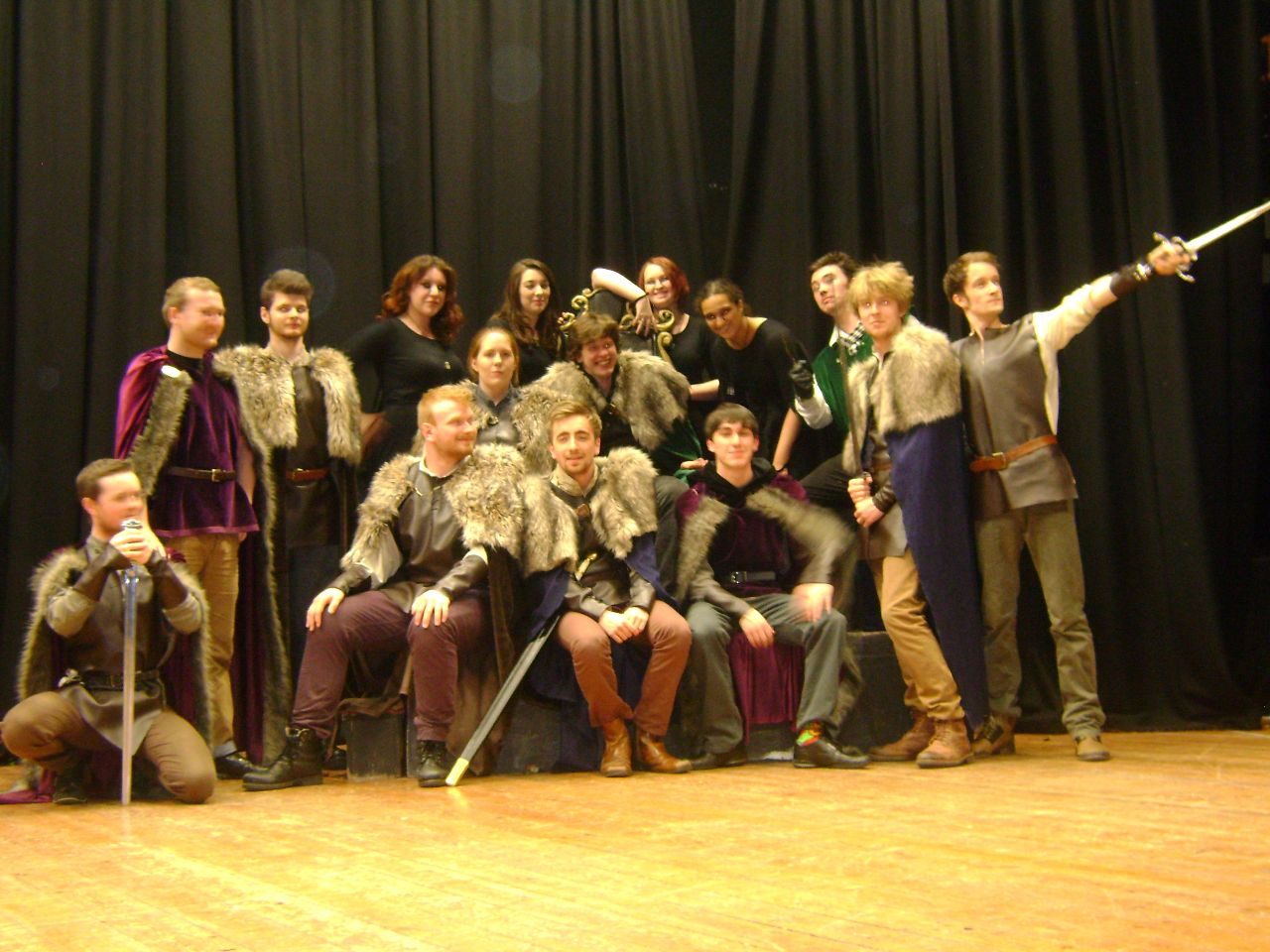 Raphael Holinshed produced a factual work known as ‘Chronicles of England, Scotland and Ireland’, which served as a valuable and fruitful point of reference for William Shakespeare; he used it as a source of inspiration and historical accuracy for many of his plays. These ‘Chronicles’ reveal that the killing of King Duncan, the central plotline in Macbeth, is based on fact.

WHEN SHALL WE THREE MEET AGAIN? IN 1603, UNDER A COMMON REIN.

The Union of the English and Scottish crowns played a huge part in the conception of Shakespeare’s Macbeth. Queen Elizabeth 1st produced no offspring and so no heir or heiress to inherit the English throne after her demise. When Good Queen Bess died in 1603, James 6th of Scotland succeeded the English crown from Elizabeth in March 1603: James 6th of Scotland was therefore James 1st of England as well, ruling both England and Scotland simultaneously and in union. It is believed that Shakespeare began writing Macbeth in 1603, the very same year that King James began ruling England in addition to Scotland. The perfected version of the play is accredited with a date of 1606.

Shakespeare intended for Macbeth to appeal to the new king of England. As such, it was tailored to the interests –political and apolitical- of the new monarch.  This play focuses on bloodbaths and sword fights among the jealous and vindictive aristocracy and begins at a meeting of…peasant witches? The inclusion of the witches throughout Macbeth may seem incongruous; they figure in the play because the new James 1st of England was massively intrigued by witchcraft and the folklore and hysteria surrounding it. At this time of huge interest in these paranormal and mystical beings, witches were regarded, on an artistic and folklore level, as genderless figures. However, the practice of witch hunts and witch trials led to an overwhelming majority of women being tried as witches. This has led to an increased perception of a witch as an evilly feminised figure. How ironic it is that misogyny was ardent enough to mercilessly try women as witches and yet in the same age and land a woman –Elizabeth 1st– reined England for forty-five years.  It is King James’ interest in witches and spells that explains Shakespeare’s choice to open the play at the Weird Sisters gathering: To grasp the attention of the monarch from the outset; the whole play is punctuated with appearances from the Three Witches, designed to hold the King’s attention for the entirety of the play’s action.

DAGGERS IN THE SMILES.

As well as flattering King James into watching Macbeth, the play also served a more political purpose, conveyed through the ill fate of Macbeth and Lady Macbeth. Seduced by a lust for power and desire for the crown and an inability to resist this temptation, they murder King Duncan and promptly descend into madness. At the time when the English and Scottish crowns had just been merged, this was Shakespeare’s way of delivering the stern, firm and uncompromising message: “Do not kill your king!” Shakespeare portrays Macbeth and Lady Macbeth as plagued and haunted by guilt, completely unable to sleep and relax and becoming increasingly enslaved by the crippling weight on their shared conscientious. These may appear normal responses for people who have ended someone else’s life. However, these depictions of trauma and insanity by guilt were in fact all intended to warn the audience against treason and designed to intimidate them in favour of the monarchy.  One such episode that intensely incites fear is Lady Macbeths’ sleepwalking scene; “Her eyes are open. Their sense shut” as she soliloquises feeling permanently marked and dirtied by murder she and her husband committed. This scene was memorably performed by Dame Judi Dench and contains the line “all the perfumes of Arabia will not sweeten this little hand”.

More comically, the witches’ spell in the latter stages of the play is comprised of revolting ingredients; “Eye of newt and toe of frog, Wool of bat, and tongue of dog”. Macbeth was written at a time when Scotland was firmly in the English psyche, for the two crowns became unified. Then, the Scots’ diet –oat porridge and haggis- varied sharply from the English one and was considered strange by many English. This witches’ spell of grotesque spell-stuffs is widely believed to be Shakespeare’s insolent jibe traditional Scottish cooking.