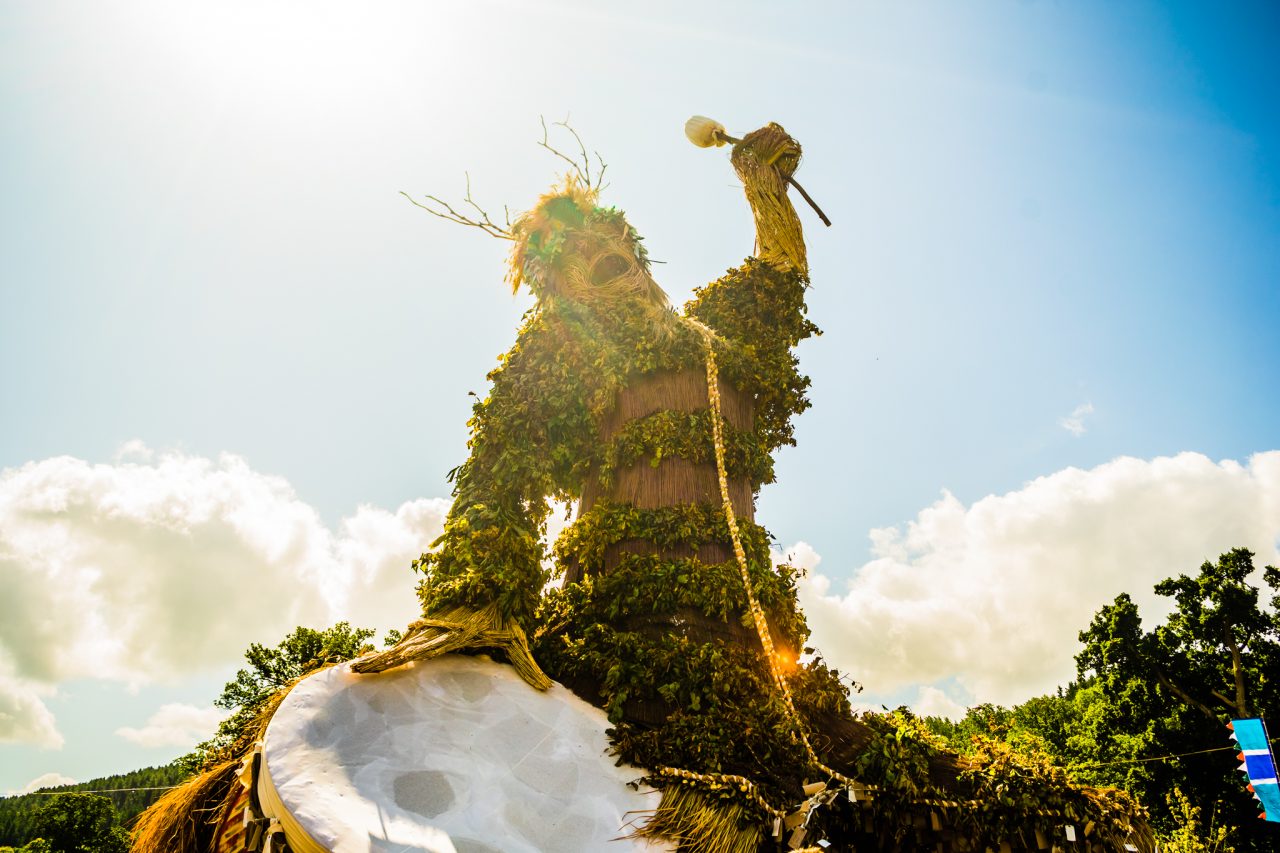 At most festivals, that inceptive splosh of rain is an unwelcome incidence. Contrarily, at Green Man, a curtain of drizzle before those majestically noble Brecon Beacons is gorgeously aesthetic. Admittedly, this wonderous spectacle didn’t abate the merciless deluge. But it did distract me from my damp socks.

Following recent years of relative radiance, the festival’s 17th outing was probably due some weather worthy of watery wellies and muddy macs. Though, no matter the volatility of the British skies, you’ll never be short of warmth at Green Man. It’s exuded by all who loyally flock to dwell in the verdant valleys of Glanusk Park. Togetherness – it’s an enduring feature of Green Man which will forever trump other festivals’ extravagant line-ups or questionable patronage of fast food brands.

At Green Man, you don’t simply attend a festival. You join a family. A family which lovingly revels in an indulgent assemblage of comedy, literature and art. Not forgetting the eclectic gamut of live music, spanning all mutations of electronic, pop, folk, punk, rock and hip-hop. 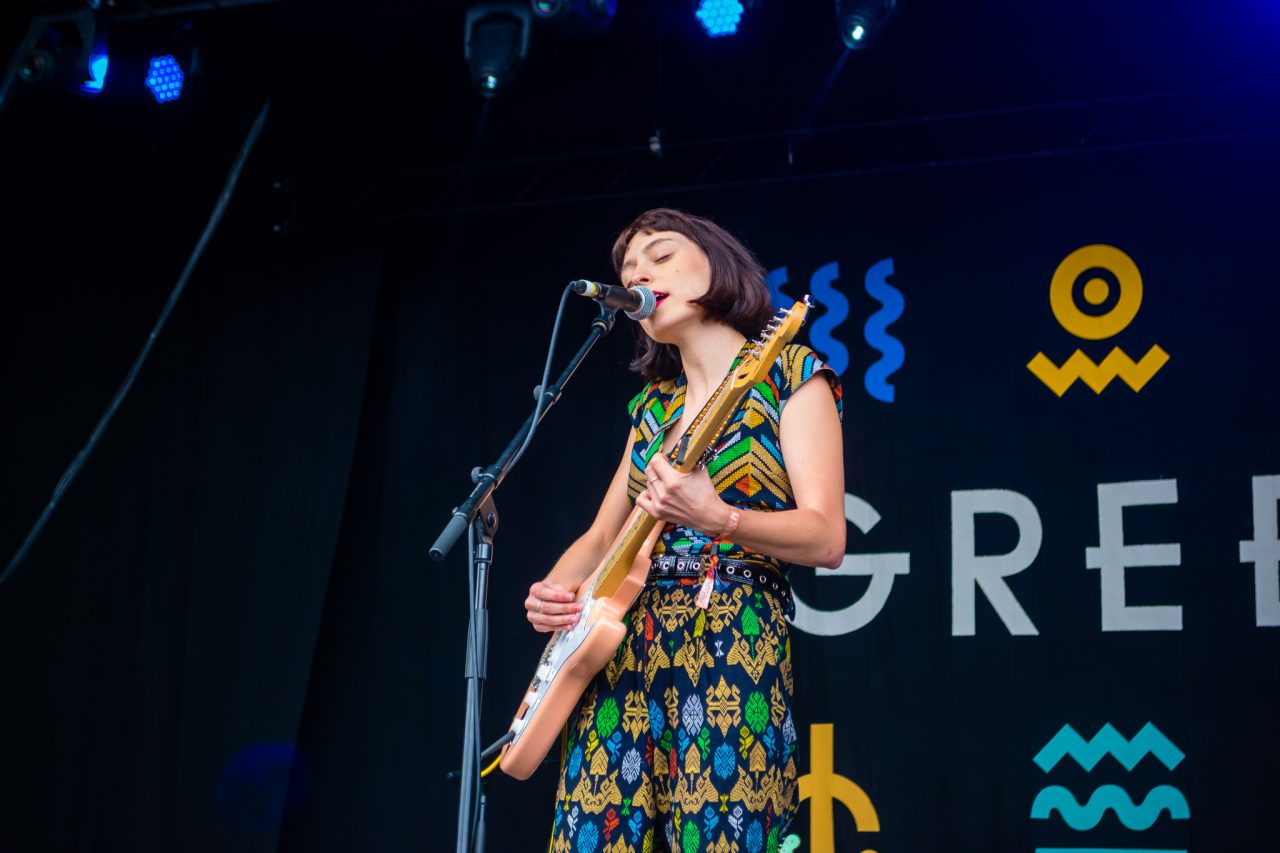 Thursday’s agenda dispelled any preconceptions of a slow opening day, with eccentrically groovy new-wave act N0V3L, followed by the pulsating post-punk band BODEGA. However, Brigid Mae Power was to be the focal point of Thursday. Armed only with her guitar, she beguiled the Walled Garden stage with entrancing, fluffy folk melodies.

On a sodden Friday, Penelope Isles conclusively proved that it’s never too damp for sun-drenched synths and blissful riffs. Julia Jacklin upheld Green Man’s tradition of staging stellar singer-songwriters, as the alt-country artist showcased an array of tracks from her critically-acclaimed 2019 album, Crushing. As darkness descends, yet again, the Walled Garden is a sanctuary of secreted musical gems. Friday featured a tantalising triple bill which included popping punk-rockers Squid, the bubbly harmonies of Stealing Sheep, and legendary Merseyside producer and alt-folk act Bill Ryder-Jones. Honestly, you could stay at this stage all night. In fact, I did. 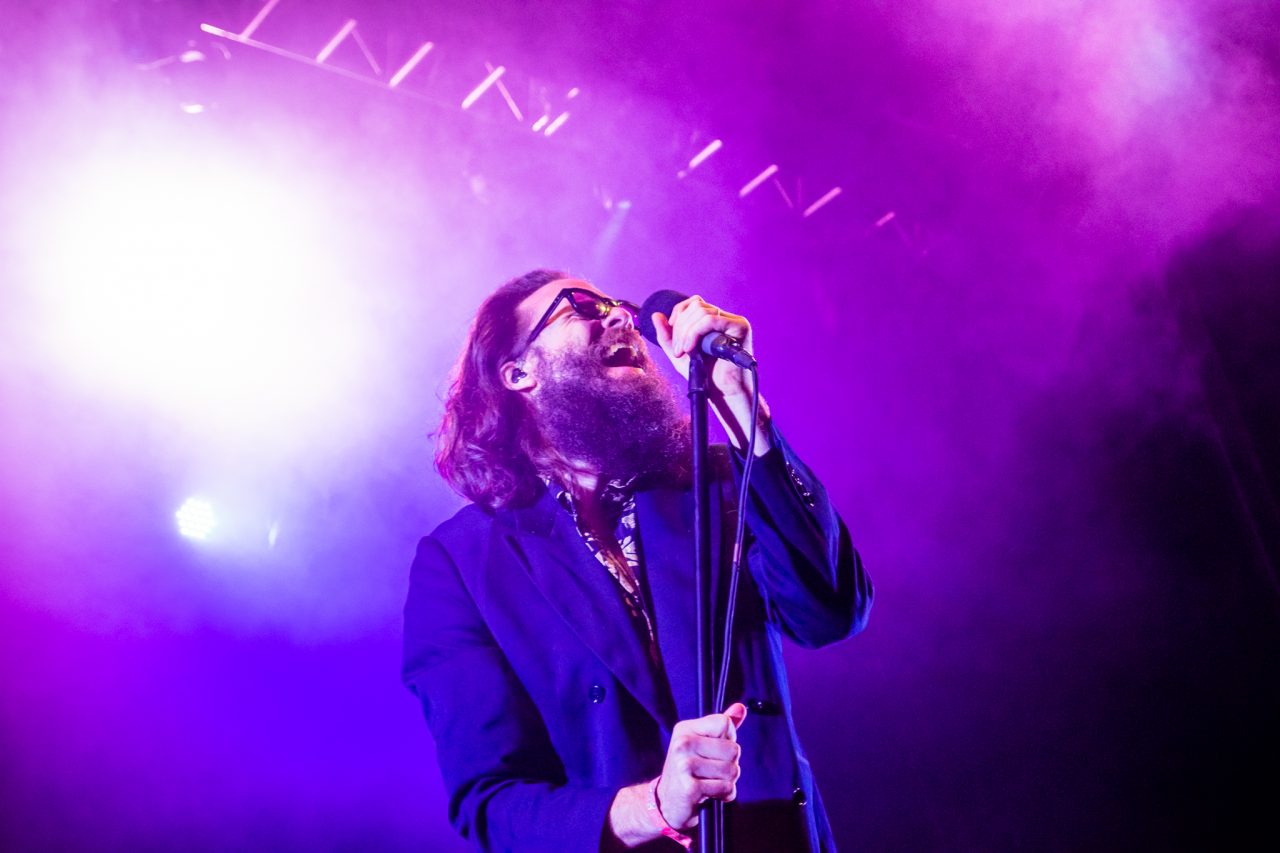 Only a Green Man crowd can be tempted by an early afternoon flute solo, as Jockstrap sparked a shinier Saturday with an unparagoned brand of experimental pop. The London duo – accompanied by their band – melded classic and contemporary, interlacing luxurious string arrangements with glitchy electro. Then, the Mountain Stage saw the emphatic return of Stella Donnelly, who played the Walled Garden stage only the previous year. Her rousing collection of progressive and punchy indie anthems were met with admiration by an ever forthcoming audience. Later, Four Tet helped to demonstrate that Green Man can be as rambunctious as it is restful, with bouncing electronica advancing into the early hours.

The classic Sunday slump was no option, as the final fraction of the festival was abound with hefty heavyweights. Harmonizing supernal guitars and willowy vocals, Aldous Harding gently eased Green Man into the late-afternoon with gracefully performed quirky folk-pop. Later, Sharon Van Etten administered a defibrillator shock of indie-rock, channelling the vigorous vibes from her 2019 record, Remind Me Tomorrow. 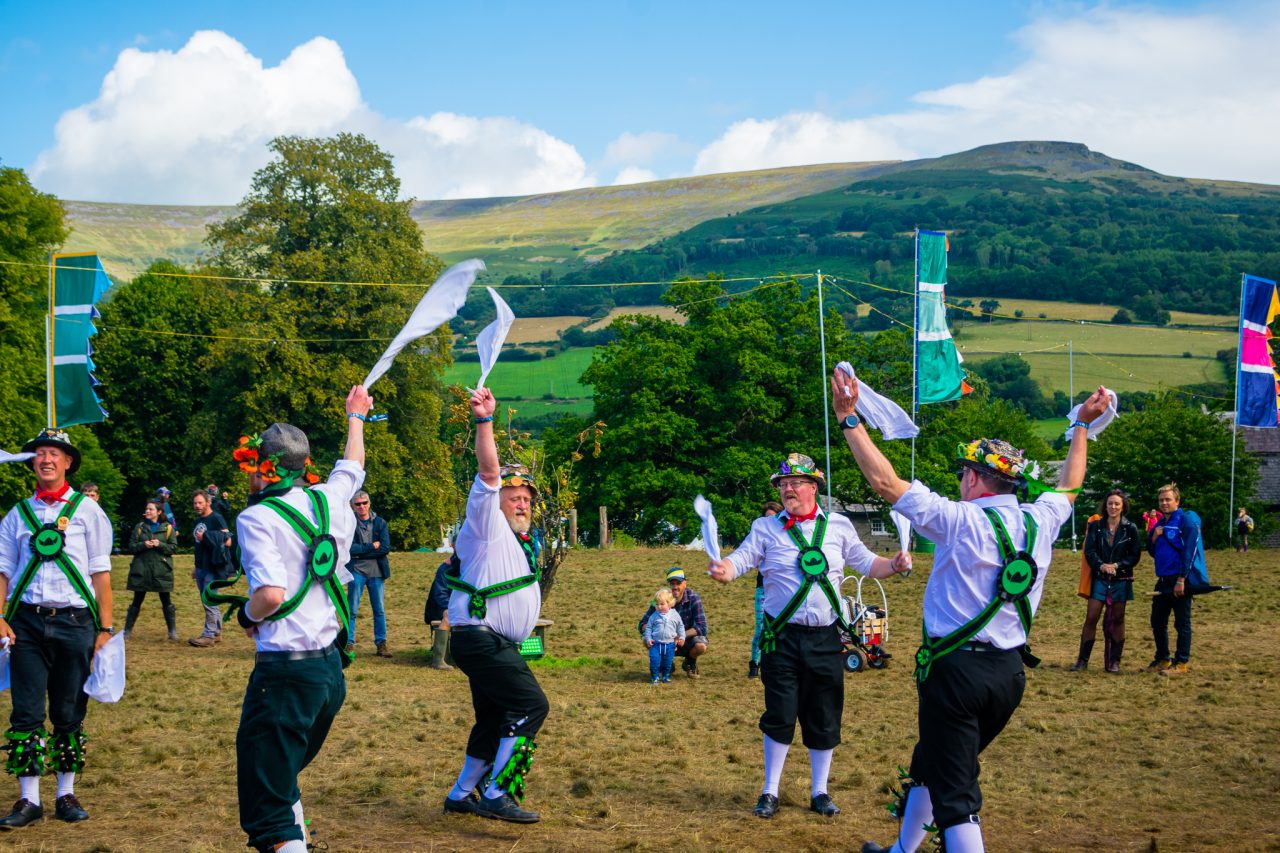 Then came the most agonising clash of the festival, with Idles and Father John Misty headlining separate stages concurrently. In itself, this conflict testifies to the development of Green Man Festival, whereby two present-day outfits of domineering presence can appear on the bill at the same time. Though, for his showmanship and sheer grandiosity, it’d be difficult to contend Father John Misty didn’t swipe the spotlight. Gut-busting ballads, immaculate instrumentation and an imposing persona, Misty’s swaggering folk-rock opera represents the constantly evolving shape of Green Man. 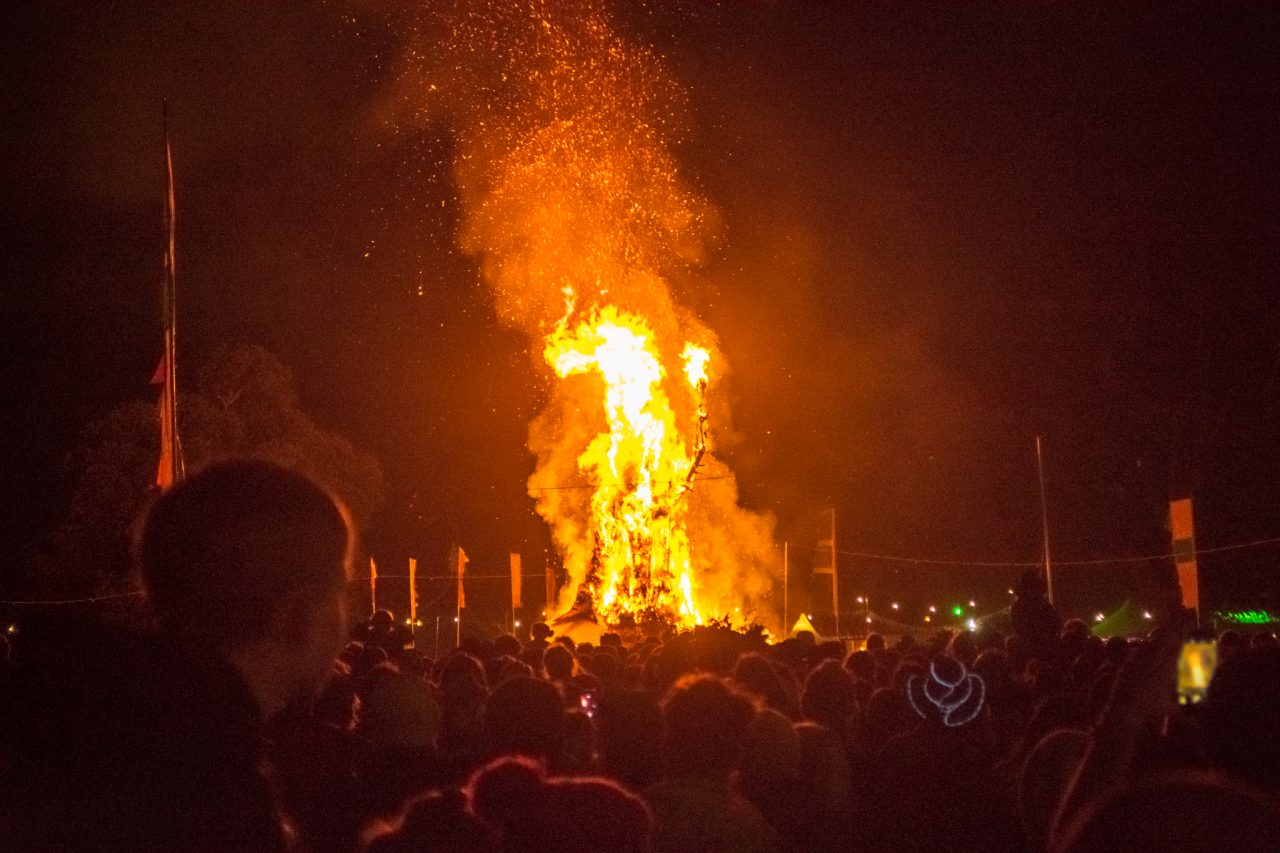 Take Green Man’s traditional roots. Add a pinch of glitter. Sprinkle on some spice. Throw in a heap of grandeur. Infuse with a healthy dose of love, passion and enthusiasm. And that’s Green Man 2019.