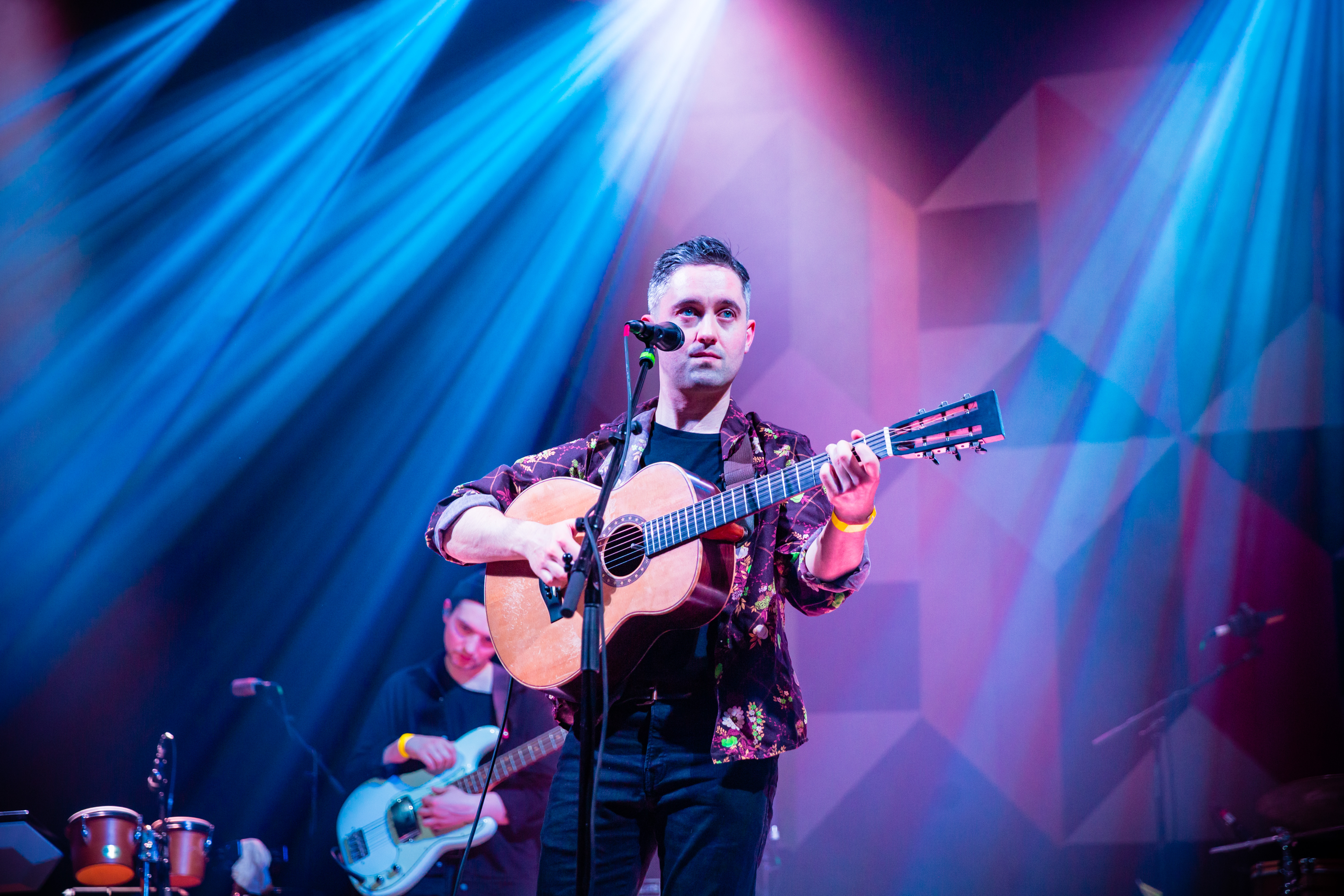 One of Ireland’s finest acts “Villagers” kick started their tour of the UK in Bangor’s very own Pontio, supported by the ethereal musical artistry of Leila Moss. They began their set with “Again” from the RTÉ Choice Music Prize Irish Album of the year 2018 nominee “The Art of Pretending to Swim”. Otherworldly electronics delicately paired with folk-like sounds from brass instruments and acoustic guitars were a breath of fresh air. Moody lighting and dry ice made the whole experience seem celestial. Frontman Conor O’Brien brought a level of intimacy between himself and the crowd with his performance of “Hot Scary Summer”, a song about his own sexuality and experiences of violent homophobia in Ireland. A balance of emotional honesty and musical excellence produced a gig that was enjoyed by a whole range of audiences. A beautiful rendition of “The Wonder of You” by Baker Knight (and famously by Elvis Presley) as part of the encore was greatly received by the audience. Finishing the show with “Courage” from their critically acclaimed album “Darling Arithmetic” was also mesmerising and left the audience feeling tranquil and described by some audience members as “spiritual”. Villagers continue their tour of the UK with shows in Manchester, Liverpool and Newcastle before joining Mumford and Sons’ arena tour in June. We wish them good luck on their endeavours and hope to see them back in Bangor in the near future! Go Raibh maith agat. Diolch yn fawr.