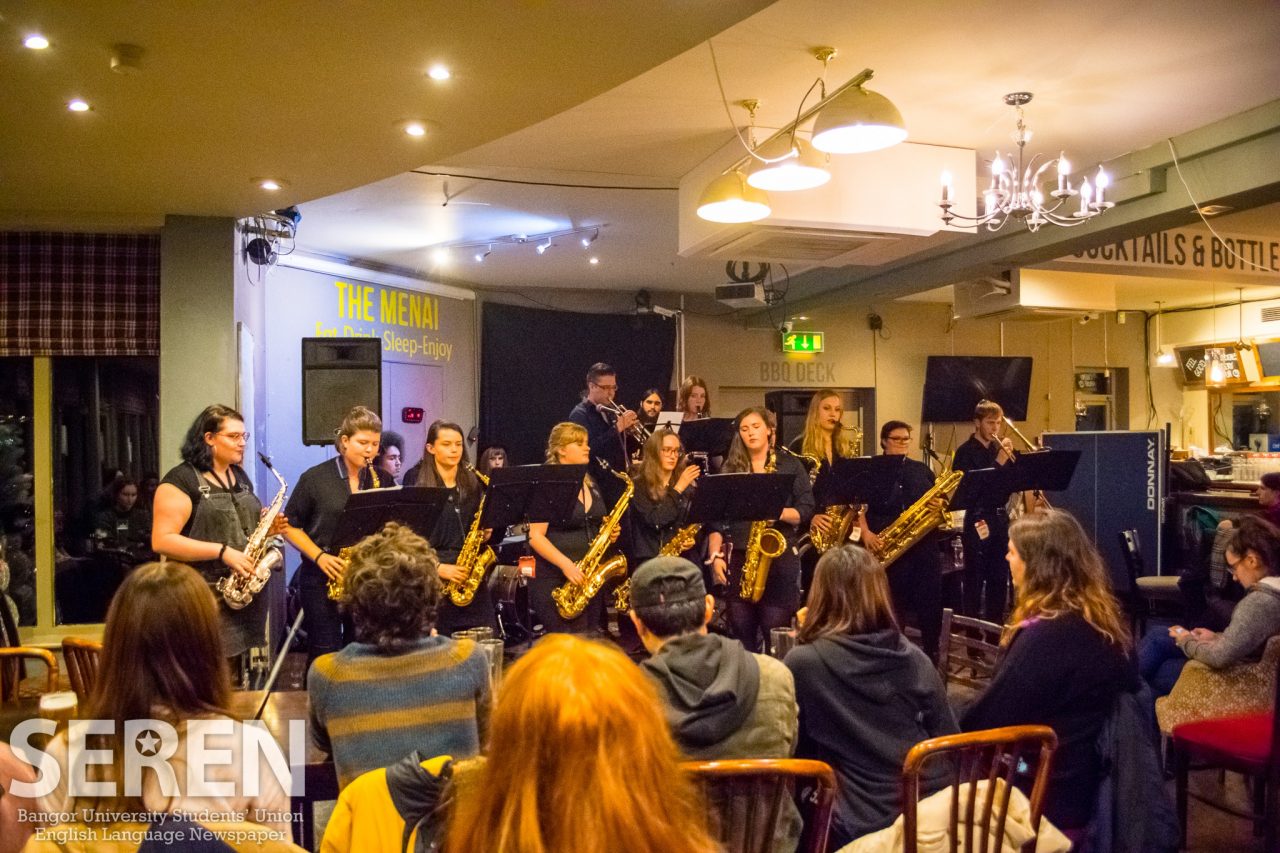 BU Jazz Band performed at The Menai on the evening of Friday 30th November. The performance commenced at 8:30pm to a large, bustling audience. The band’s energetic opener served to add to the energetic atmosphere and the night was off to a fantastic start! The ensemble was composed of around 15 members, including vocalists who all contributed a high level of enthusiasm, which added to the lively nature of the evening. The performance encompassed a range of songs from the subdued ‘Moondance’ and ‘Come Fly With Me’ to the upbeat ‘New York New York’. After a short interlude, the second half was off to another excellent start! Again, the songs moved between lively and upbeat to more mellow numbers, which got some members of the audience on their feet dancing along. Alongside their professional approach to the evening, the band also featured a fun and unexpected rendition of ‘The Bad Touch’ by Bloodhound Gang, ‘Mos Eisley Cantina’ from Star Wars and ‘Tequila’ by The Champs. These were shortly followed by the ‘The Rocky Theme’ which also served to be a fan favourite. Overall, the performance showcased the band’s professionalism and musical talent. Make sure to check out their Facebook and Instagram accounts!