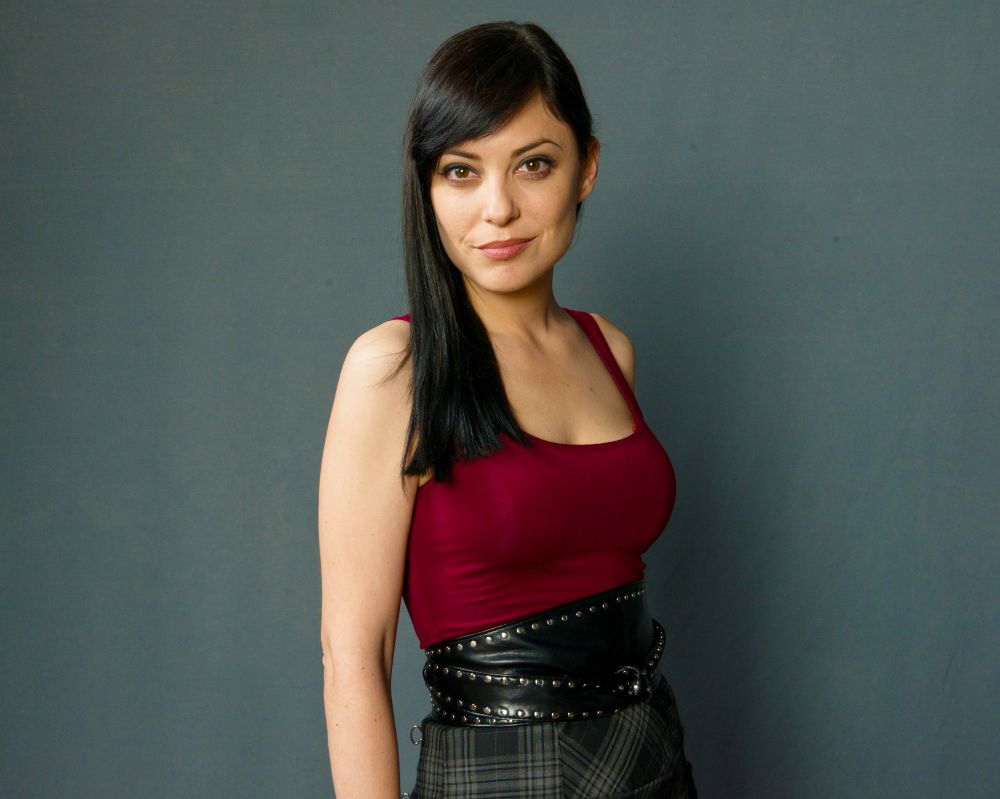 When Jordan McKee first turned up on our screens we were unsure what to think of her. She had a trouble that meant anyone she touched would writhe in pain and quite frankly, with her being a member of the mysterious Guard, that was quite a terrifying prospect.

It wasn’t long before Jordan won the fandom over, she was tragic and she was brilliantly played by actress Kate Kelton. Now in season four it looks as though we’re about to see a whole other side to the troubled spitfire in leather.

This week Seren’s LJ caught up with Kate to talk a little about herself, Jordan and the importance of social media.

Tell us a little about yourself?

I am ridiculously awkward and goofy, in real life. I didn’t come with a TMI-filter. I do my best anyway.

You made your on screen debut over ten years ago now but acting isn’t your only passion. In fact it seems as though you have a go at just about everything! You seem to have a real love for both photography and art. Tell us a little about these passions and what led you to them?

I think any creative type takes what the world throws at ‘em and integrates it by spitting it back out in the form of their art, so perhaps painting, photography, and acting are all just extensions of that? In my case it certainly seems so. I’d go mad without all of the outlets,  that’s for sure.

Any projects coming up that we ought to be checking out?

Nothing I can mention yet except for a feature called “Unearthing” which I hope to shoot in the spring near Toronto, with Instant Star’s Tim Rozon. It’s a beautiful script!

With so many channels, shows and movies out there these days it’s easy for an actor (or actress) to come into a show in its second season, where the main characters are already developed, and then soon be forgotten. Your character, Jordan, has done the complete opposite and seems to be loved just as much as Nathan, Audrey and Duke. How does that feel to know that your hard work, your character has had such an effect on such a dedicated fan base?

I just immediately deflect the compliment onto the wonderful minds that created the part for me, the writers and execs putting that show together are unparalleled so she’s a fantastically fun character to play. Perhaps that over-riding joy is what the fans are picking up on? I hope so! That’s very kind, thank you.

By the looks of things you’re a fully fledged ‘Havenite’ yourself.  And it’s great to see you getting so involved with the fans through the use of social media. Do you think it’s important these days for actors, who essentially are much more accessible than ever before, to interact with fans and keep the hype of their project going?

I think it depends on which came the first, the chicken or the egg. Or in this case, the actor or the egg profile pic. I was active on social media long before I really started working so I just continued to do so. I know others have a harder time of it, if they feel pressured to do so once they’ve got projects to back, but that’s never been the case with me. And especially since the fandom are really a pretty swell buncha peeps, it just feels like an easy extension of how I was talking to friends and family before.

Vince and Dave (Haven’s intrepid reporters) are on Twitter, keeping the storyline going between seasons. It’s been pretty successful and is great to see it happening once again. Maybe Jordan ought to get on board, I’m pretty sure she could unearth a secret or two!

Haha, I bet! I’d totally follow Jordan! Pitch it when ya see him (Sam Ernst, Haven Writer) next!

As we both know Haven is insane. We love it, but it’s a mind bogglingly brilliant ride. Have you ever worked anything quite like this before?

Never! I sometimes feel like there really ought to be a camera surreptitiously filming all the actors as they read their scripts for the first time: imagine? I know the look on MY face must be pretty hilarious sometimes, because wow, are they ever the masters of twists you never saw coming!

No matter what you think is going to happen in the show you’ll never guess right and you end up screaming at your TV for answers. What’s it like for you, as a part of the show? Do you tend to know what’s going on or do they keep you in the dark too, letting you read every script terrified of the next twist?

We only get a script a few days before we shoot the episode, so exactly!! The only real difference is that we have the advantage of being able to ASK the writers all sorts of questions in desperate attempt to get more out of them. But honestly? We don’t get much more out of them than you guys do. But then again, ask yourselves if you really want all the spoilers you crave? They don’t call ‘em that fer nuthin’!

Here in the UK I don’t know any other Haven fans. What is all this about and how can we change this?

Word of mouth!! Haven has the best fandom, and the way it spreads awareness of the show must help out tremendously when ad budgets are tight. Keep tweeting, tumbling’ and maybe even, oh I don’t know, TALK to friends about watching. (That’s a tricky one in this day and age.) They’ll thank you for the Intervention in due time, trust.

True or false, it is a crime to deprive the UK (and our secret Haven fans) from season 4 for an extra two weeks? (Clue: The answer is not false!)

TRUE. The dream of a universal premiere date lives on in us all.

Jordan, your character in the show, is quite tragic isn’t she? She’s had a really hard life thanks to the troubles and even when things appeared to be getting a little better for her all hell broke lose. How do you play someone with that much going on?

I guess in odd ways, we’ve got more in common than not. It certainly seems that all hell breaks out whenever MY life seems to be getting better… so let’s just say, that wasn’t really all that much of a stretch. Ha. But when I started I had no idea how she would flourish, how many sides to her we’d get to see, and I think that might have been for the best because I’d have felt seriously overwhelmed!

What would the worst possible trouble you can imagine be?

I read this quickly and thought it was the *best* trouble, and I immediately thought: “Mind-reader!” And then I reread it and realized that reading minds could have it’s downfalls too, so perhaps it’s a careful-what-you-wish-for type scenario whichever way you slice it? Jordan’s is pretty rotten though, I gotta say.

The in-between-seasons comic has revealed that Jordan’s fate wasn’t quite as we thought at the end of last season. Has she still got a lot more to show us, deeper secrets to be revealed?

I wish I could answer that, but you know I can’t!

Haven has some really amazing guest stars (most notably to the Uncharted fan in me, Claudia Black and Nolan North). What’s it like to work with such a great team?

I loved Claudia! I got to meet Nolan and he was wonderful, but sadly I didn’t get to work with him at all. But Claudia just blew me away. She was crying in the takes that she shot with us, when the camera wasn’t even on her. Just to be there for us, to be authentic. Complete inspiration. And we’d met a couple years ago at an audition, hit it off while talking for an hour, waiting, and then emailed sporadically over the years. We nearly flipped out when we realized we were both celebrating Canada Day in the same tiny town on the beautiful east coast in Nova Scotia.

Whilst filming you guys live in Nova Scotia? From the sounds of things the locals are really supportive and it’s a great atmosphere to be working in?

It’s fantastic there. I remember working on my audition so hard just because I’d never been out east and the thought of being surrounded by all that beauty while being paid to work there was almost too much for my brain to compute. Everyone is so welcoming and genuine, it’s amazing.

Do you have a favourite moment from set? Any funny stories you can tell us?

This season there’s a scene where Duke asks Nathan, ‘How did they know we’d be here?’ And while we were shooting, Lucas wasn’t on camera while they got Eric’s close up, so he messed with him by replying, ‘I tweeted our location.’  To see a luddite land a perfectly self-reflexive, twitter-joke like that killed everyone, (except Eric, who managed to keep a straight face much to Lucas’ chagrin.) As far as I know, he still refuses to tweet, which, with his sense of humor, really seems like a crime against humanity in itself, no?

I know you’re pretty much sworn to secrecy when it comes to all things season four but why should we keep watching it?

Because with what they’re (allegedly) cooking up? You’d be MAD not to.

And why should someone who’s never watched Haven quit their day job and lock themselves in a room until they are up to date?

BECAUSE I CAN’T BELIEVE THEY HAVEN’T DONE THAT ALREADY, OMGAWD WHAT ARE THEY WAITING FOR????

Last of all, can I be completely honest with you? Weird things happen around me, I think I must be troubled. Any chance The Guard could smuggle me into Haven?