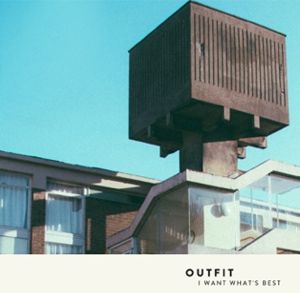 Lately I’ve found myself listening to the radio on the drive to work, perhaps because my CDs have started to skip. For some stupid reason I automatically find myself tuning into Radio One despite the fact that I hate the majority of the music on it and the competitions in between the songs make Radio Four sound appealing.

One night however, after working until 2am, I was driving home from work to the sound of an unfamiliar Radio One DJ. From what I can remember it was a show featuring the kind of bands that all the cool DJs knew about but the radio DJs had yet to discover. I heard a song and I loved it. I didn’t hear what the guy on the radio said it was called or who it was by and so I rushed into the house and googled the lyrics. It was Outfit’s House on Fire.

Until I got hold of my review copy I could only listen to the song on a 30 second loop on the iTunes store, but it was worth it.

Performance, the debut album of the band hailing from Liverpool, is beautiful from start to finish yet it doesn’t stand out from the crowd and make a big thing about itself. I couldn’t find myself constantly listening to the album over and over, except perhaps House of Fire, or memorising my favourite tracks and then adding them to playlists like I do with other bands. This isn’t a negative point however, it’s just that the album flows so well as one and it doesn’t feel right to interrupt it. (Except of course to listen to House of Fire repeatedly).

The fivepiece call themselves a psychedelic pop group though I’m not sure how much I agree. Their music is different, and at points quite experimental, but they don’t do anything to radical, from song to song you begin to understand what to expect from their music. The vocals, provided by frontman Andrew Hunt, are soft and calm; you could easily fall asleep to this music and that’s meant in a positive way. A lot of Performance sounds as though you could happily listen to it as a wind down after a bit of a rave, it’s relaxing and it’s nice on the ears but it’s nothing you need to make a song and dance about.

I’ve mentioned, a few times now, how I really like the third track on the album, House of Fire. There’s a darker edge to it, a somewhat eerie feel, that my rock and metal loving background draws me to. There’s a great beat to it and the bridge builds up to a finale that will satisfy your eardrums. 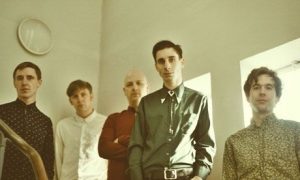 Other notable tracks on the album include the second track, I want what’s best, which is much more upbeat. It begins off calm, just like the rest of the album, but then when you least expect it a key change helps it find its way into your head for the rest of the day. There’s also a nice little bit of piano work, the chords accentuating the song leaving you unable to just listen to it in the background as with the others.

Thank God I was dreaming, the eighth track on the ten track album (or last track if your iTunes is messed up like mine), is probably my third favourite. The intro reminds me of the kind of tunes you’d hear in a set from the fabulous (half) Bangor based Deaf By Disco. It also sounds a lot like I’ve got the Fifa menu on in the background, though I can’t find any evidence that it actually is on their tracklist.

The album has been two years in the making and was recorded in a number of different locations. It’s a strong debut from the band who I feel will be noticed in the right scene, though don’t expect it to go viral and your Aunt to be downloading it. If you’re a fan of music that makes a bold statement and that you want to blast out of the window of your car then maybe this isn’t the one for you. If, like me, you like the occasional calm and melodic music in the background then Outfit are definitely worth checking out.