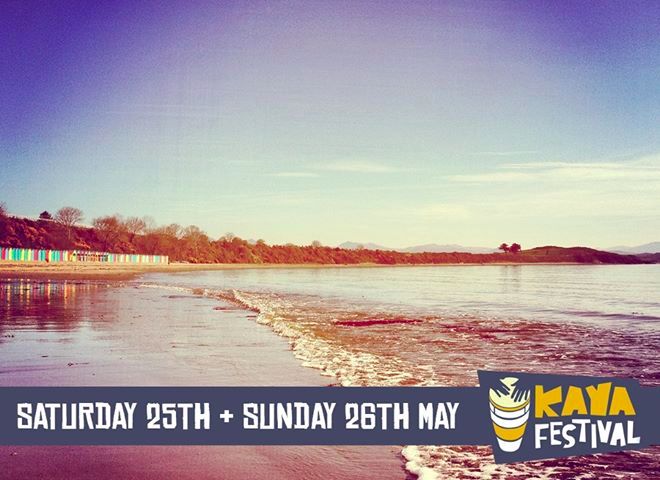 Kaya Festival kicks off in Bangor this weekend, a month back Becki got the chance to talk to organiser Thabani to find out a little bit more.

What inspired you to start up your own festival?

I’m a musician myself, so it’s something I am passionate about. I’ve been going to festivals for years, and thought I could add something to the market by creating Kaya, a world music festival with good vibes in a beautiful part of the world.

What made you choose Bangor as the location for Kaya?

I’ve been coming to Bangor for years for student gigs in places like Hendre Hall, and I’ve got friends in North Wales, so I’ve known about the location for many years. I thought Vaynol was just a really lovely location for a festival, so here we are.

Can you tell us a bit more about the acts that will be performing at the festival?

We’ve got Finley Quaye, who’s a MOBO and Brit award winner, the brilliant The Selecter and Pauline Black, who are legendary ska performers, Afrika Bombaataa, who’s the pioneer and inventor of hip hop and electro funk, as well as Mad Professor, a legendary DJ in dub music. Another thing we’ve got going at Kaya is that we’re putting legendary artists alongside local heroes, like Freedom Sound System and Stacey Cohen. We also have artists and students performing and Bangor comedy students putting acts on. It’s a real mixture; we’re basically bringing people together under one umbrella for one weekend, students, the community and outside artists.

Aside from the music, what else have you got going on at Kaya?

We’ve got tonnes of workshops going on for all ages, such as steel pan workshops, arts and crafts workshops for kids, as well as ones where children can learn about science, singing and drumming workshops, a walkabout workshop, bouncy castles for kids, as well as a baby chamber, which is a quiet area for parents and young kids, so families can come along, We’ve also got some fantastic foods from around the world, with people preparing and selling food from Argentina, Brazil, India, Africa and the Caribbean.

One of the taglines for Kaya is ‘Celebrating diversity, music and arts in beautiful North Wales’; how have you linked the international flavour of the event to the local setting?

Kaya are supporting two local charities through this event, can you tell us a little bit more about that?

We’re supporting the Leukaemia & Lymphoma Research for Wales Charity, who’ve got a base in Cardiff, and it supports people who have suffered or who are suffering from lymphomas, that’s a big charity that we’re looking to support. It’s a disease that people have to live with every year, and we’re hoping that through Kaya we can raise some much needed funds to combat the illness. We’re also working with SOS Children’s Village, which supports children from Africa and other places around the world who are in need of food, books and other educational resources, which is fantastic cause. The reason for this support is because we believe that all children have value in society, which is why children up to the age of 13 go free to Kaya, as we try to make it a great place for them to hear great music, and learn about cultures from around the world.

What is it about Kaya that you think will appeal most to students?

Great price, tickets are £35 for students for the weekend, I don’t think you can get a better deal than that. Great experience, world food, world music, world culture, and bringing students together with the community, and also bringing them together with a large audience. I think you can get quite isolated as a student and too integrated into your own little world, but this way you get to see the community on a bigger scale. There’s great pricing, great culture and music, beautiful scenery (some students have never been to the Vaynol estate and its right down the road), so it’ll hopefully open up a new experience for them right on their doorstep. Plus, it’s just after the end of term exams, so they have the chance to come down and celebrate while supporting their local community.

How are you planning to develop Kaya in the future?

We just want to keep it as diverse and as competitively priced as possible. We want to grow it to a reasonable size and then cap it, as we don’t want it to stop being a personal festival. Kaya is the people’s festival; we want to promote local artists, we’re bringing the community together through international artists and local artists, as well as students and the local community. We’re still learning, we’ll always make mistakes, but in the long run, we’re trying to stay price competitive. You won’t see many festivals operating and giving people such great value for money on the ticket deals, especially in the local community. So come along, buy your ticket and come to Kaya, it’s going to be great!