Spector: Enjoy It While It Lasts – Review 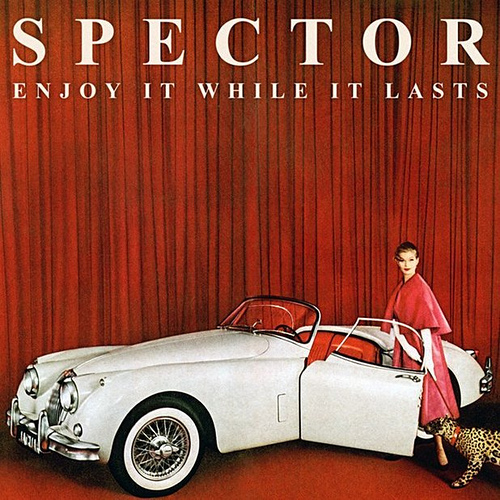 Bold, brash, and arrogant, or audacious, smart, and confident? Enjoy It While It Lasts balances precariously on the fence of brilliance and for the most part isn’t quite sure where it wants to fall. Spector are yet another proclaimed saviour of indie, bringing us slicked back hair, dodgy fake glasses, and sharp suits from that dodgy end of the Topman sale that no one ever seems to buy. For singer Fred Macpherson and guitarist Chris Burman this represents their last chance at mainstream success; previous bands Ox.Eagle.Lion.Man and Les Incompétents were commercial flops, but is Enjoy It While It Lasts a desperate and cynical attempt at cashing in?

In short: Yes and no. This is a solid debut that nails indie-pop in Killers-esque fashion, and at its best it comprises the best of 80s synth with mid-90s Britpop (more Pulp than Oasis, mind). Recent single “Celestine” is the pick of the tracks on offer and has received plenty of airplay over the summer. Like much of the album, it is meticulously polished and the chorus of “Keep the past in the past and know this/ that I only ever did what I thought was right” is pure pop perfection. “True Love (For Now) is reminiscent of the The Shins circa 2007 and a great song, showcasing Burman’s imaginative guitar riffs and masterful use of a pedal board. However, for the most part, is hard to shirk the feeling that these songs were written to sell, such as “Friday Night, Don’t Ever Let It End”, which isn’t much more than the title suggests, but great fun nonetheless. Enjoy It While It Lasts is built from the ground up for a festival crowd, swaggering from epic chorus to epic chorus and for the most part it works; showcased perfectly by debut single and album finale “Never Fade Away”. 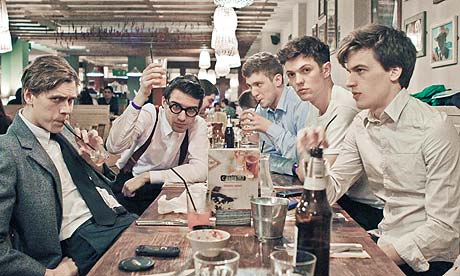 This is part of the charm, but at times there is a sharp taste of arrogance in Macpherson’s palatial baritone and for some this will be divisive. Spector may not be as good as they might like to think they are, but if they can reign in the strut and stick to this ever so catchy formula they’re on to a winner. It might not be to everyone’s taste, but this album is written for the twenty-nothings, for us, making it easy to recommend. Enjoy It While It Lasts.